Your startup won’t fail if you sleep 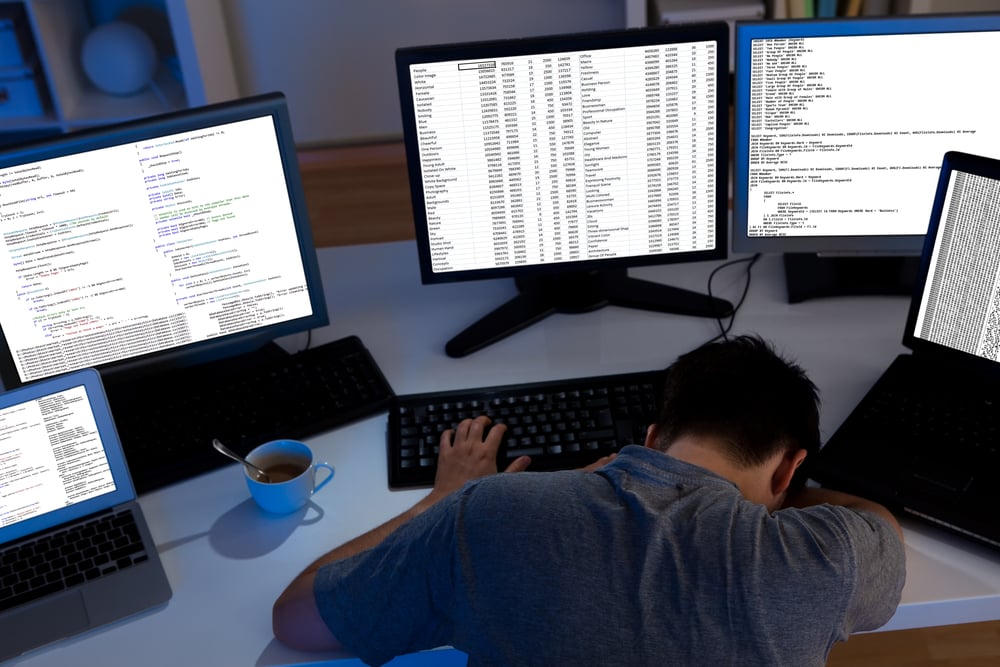 ‘So, how was your holiday?’ I asked, only to receive a look of shock and contempt from an overworked startup founder. ‘Did you just insult me with the H word?’ He was joking – I think.

For some mysterious reason, a good night’s rest and meals that cost more than a pack of ramen noodles is a big faux pas in the startup world.

The idea is: sleep for no more than four hours (the lesser the better), eat a noodle strand or two when your stomach rumbles, and work for the rest of the day. Then repeat, day after day, until you’re a squillionaire. Is this what is takes to succeed in the startup world?

This sounds like the road to an ICU, or worse, a mental asylum.

Here’s a little confession. I know the feeling of being overworked, and it contributed to serious health complications. I was close to death.

I was a high achiever since I was just six years old. But in high school, it became out of control. I was obsessed with success. I used to think that if I didn’t get 100 percent in a Year 7 math test, I would have no career opportunities. I would become a failure as an adult.

In Year 7, I started pulling all-nighters. I would go up to five days with zero sleep. Not even one minute. I would study. I would rewrite my essays again and again until they were perfect in my eyes. But they never were.

I thought this was the only way to be financially independent.

I was severely anxious and depressed at the age of 14. My world became black. There was no light at the end of the tunnel.

There was no way I could possibly get out, but after two years I did. And I continued onto Year 11. I was never held back because the school I went to basically started prepping us for the HSC at Year 7. So two years of missing out didn’t impact on my level of knowledge.

When I got into University, this pattern started again. But this time, I could only keep it up for three months.

For the next 10 months, I did nothing. Didn’t attend classes. Didn’t leave the house. I was literally home-bound.

I couldn’t get one step out of the door. And again, my world turned black. I felt I would never be successful in any career, because I couldn’t keep up with 18-22 hours a day of hard work.

There’s more to my story that I won’t reveal just yet because I’m not ready. But hopefully, one day I will.

My point is: it is dangerous to work the way so many startup founders work. I usually don’t say anything to founders who tell me about how they live their lives. This is because, in interviews, I need to step back and stay objective.

It stuns me, though, to know how many startup founders torture themselves. This is not the way to live.

I’m sure there are plenty of stories out there about entrepreneurs who worked to the point of complete exhaustion to reach enormous success. There are also stories about people winning multimillion dollars in a lottery.

Just because some people did it, doesn’t mean it’s right for you. Some people thrive under pressure, but others work better when they’re relaxed.

In a blog post by Michelle Lara Lin, titled If you care about your company, stop treating yourself like shit, the same point is argued. Here’s an excerpt:

The ramen-eating entrepreneurs defend sleep deprivation and poor health with the hackneyed line:

This is a shitty excuse.

Furthermore, if you’re in poor health and sleep deprived, your productivity will just suck. Period.

So if the sheer awesomeness of being healthy is not enough to convince you to be healthy, then realize this: when you sacrifice your own health, you also sacrifice the health of your company.

There’s no denying she has a point. If it’s THAT painful, you’re not doing it right. Now, go to bed.

Previous article Meat in a Park: A simple solution to a common Aussie problem
Next article Having a $100,000 month: Executing focused sales campaigns
Via Profiles
Tags sleep deprivationstartupsuccess