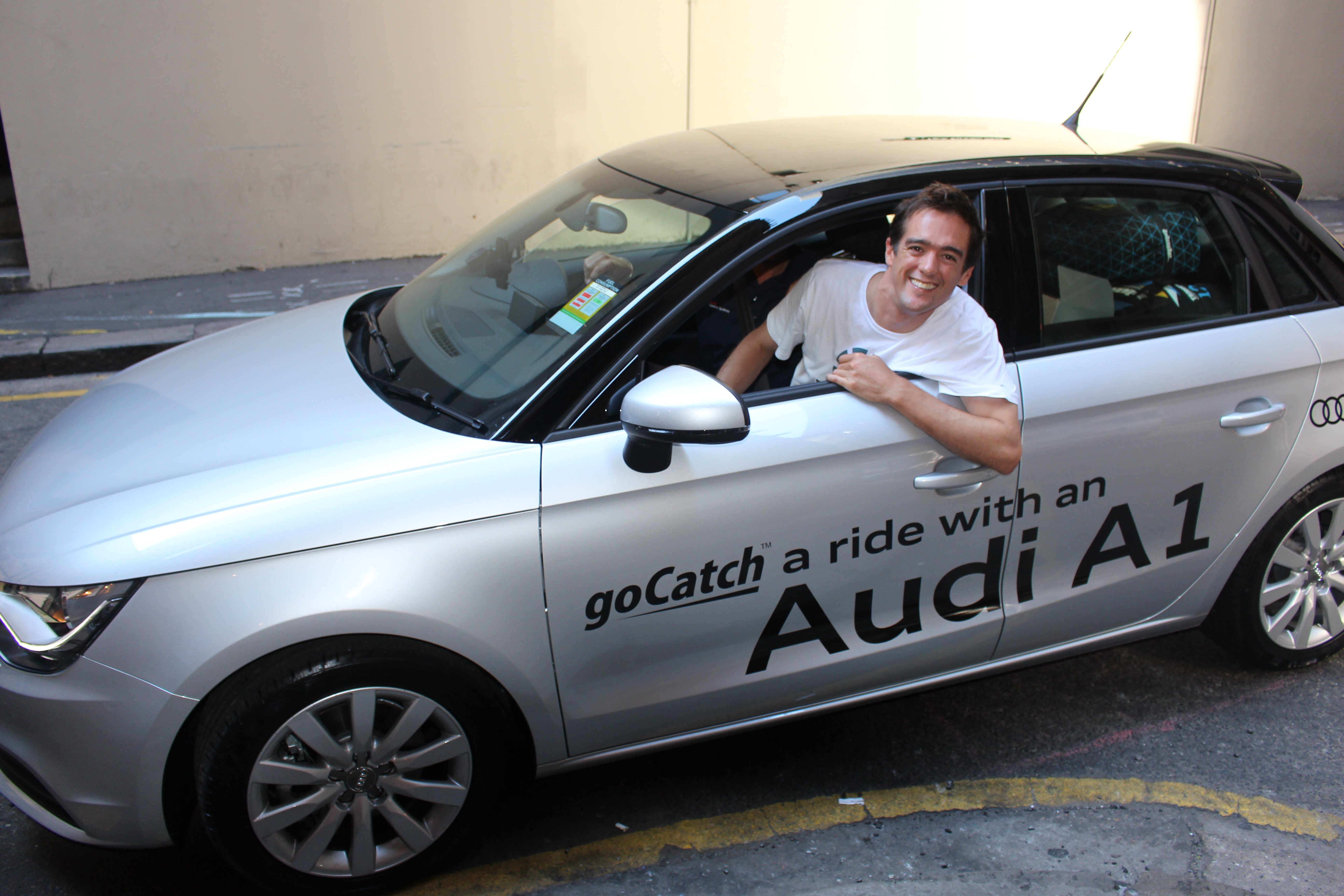 goCatch and Audi Centre Sydney have joined forces in a new campaign, where random Sydney passengers who book taxis with the goCatch app will be offered a free ride in an Audi A1.

Andrew Campbell, Co-Founder and CEO of goCatch said the promotion was a way of giving back to the hundreds of thousands of loyal goCatch passengers who have made the smartphone app a success.

“’goCatch is all about surprising and delighting our customers, and showing up with a special car and a free ride is just one way we are doing that,” Campbell says in the media release.

He continues, “This promotion is a small but significant way of saying thank you to some of our loyal goCatch passengers.”

Audi Centre Sydney believes that the Audi A1 Sportback is the perfect car for Sydney’s busy suburbs because of its efficiency and compact styling.

The key features of the Audi A1 are:

The joint promotion starts today and ends on January 26.

Previous article Startup funnies: Best on the web
Next article The science of ego: Why rejection helps my startup
Via News & Analysis
Tags