Are women-only events the answer to gender disparity in the startup space? 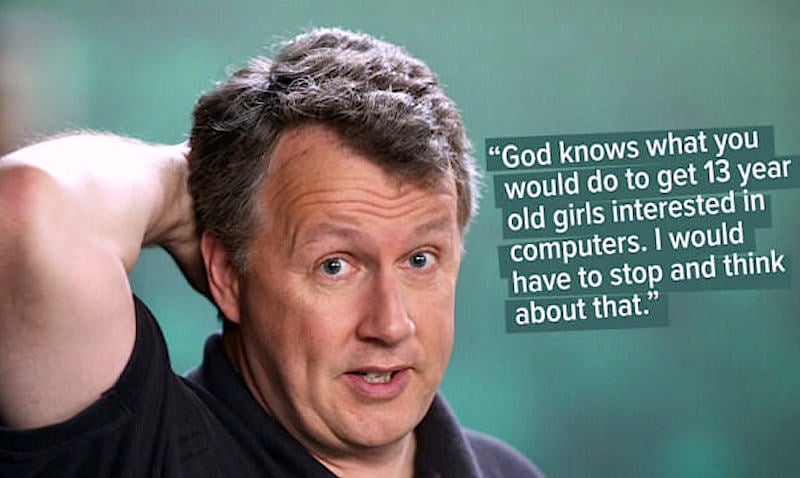 Yesterday, Techcrunch reported on a new event that will be hosted by major Silicon Valley accelerator, Y Combinator (YC). At the Female Founders Conference, which is being held at YC’s Mountain View Campus in March, YC alumni will share their experiences and offer guidance to women who are in the early stages of their startup or aspiring to become entrepreneurs.

The event comes after John Graham, one of the founders of YC, stirred up controversy through seemingly sexist comments in an interview with The Information – making the event announcement sound like damage control.

In the interview, Graham said, “God knows what you would do to get 13 year old girls interested in computers. I would have to stop and think about that.” While this comment is questionable, it doesn’t seem like there was ill-intent behind it. Denying that girls have, at some point, been less interested in pursuing careers in engineering is delusional. It’s also a bit counterintuitive to not face the fact that there are less women launching tech startups than men.

In his own blog, Graham defended himself saying that the accusations of him being sexist are false, and that the argument that he is biased against women is implausible.

“It’s hard to argue I’m biased against female founders when I have a female cofounder myself. And with 3 female partners out of 12, YC has slightly over 3x the venture industry average. While 3 out of 12 is not 50-50, it would be very hard to find another firm of our size in the venture business where women run the show to the degree they do at YC,” Graham wrote in his blog.

He continues further down, “We fund more female founders than VCs do, and we help them to overcome the bias they’ll encounter among other investors. In the current YC batch, 16 out of 68 companies, or 24%, have female founders. That’s almost twice the rate at which VCs fund such companies. If these founders go on to succeed, they’ll become what we know from experience will be the most powerful force for encouraging other female founders: examples of people like them who’ve done it.”

Graham makes a good point. He’s not saying that women aren’t capable of what men are in the world of technology. The main problem with his comment is the fact that he’s implying that it’s almost impossible to get young girls interested in coding in the first place. Things have changed a fair bit over the past few years, and there are many initiatives that deal specifically with gender disparity in the technology – for example, Robogals.

‘Women in tech’ has been the subject of debate for quite some time now, with no end in sight. It’s true, people are tired of this conversation. But until we achieve parity, the conversation needs to continue. What we need to end is whining about the problem, and continue working towards a solution.

The Female Founders Conference is one of many solutions that aim to encourage women’s participation in innovation. However, there’s a problem with this solution too. Initiatives that are geared towards women can at the same time increase the divisions we see in the startup space. ‘Entrepreneur’ is already a highly differentiated group – as the many versions of ‘X-preneur’ suggests – and when we’re focusing on a person’s gender, we’re almost reinforcing that women don’t belong in the main circle.

As Jordan Crook from Techcrunch points out, “One school of thought believes that bringing more attention to female founders separates them even more from male founders, as it gives off the sense that a successful female is news whereas a successful male is expected.”

Just some food for thought.

More information on the event is available on Y Combinator’s blog.