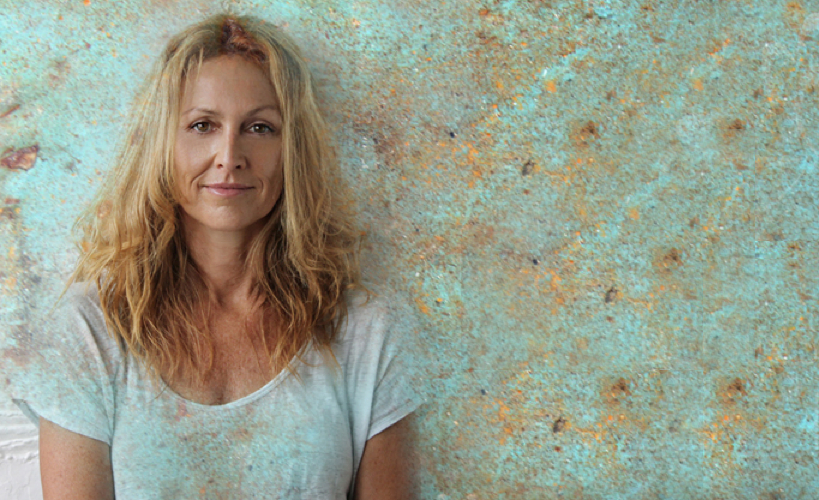 For many of us, from the moment we wake up, thoughts permeate our mind, racing against the clock before our day has even begun.  And we’re left spending the rest of our day with our minds in a constant state of flux. A new mobile application has been launched with the goal of helping people combat day-to-day stressors through meditation.

Statistics suggest that stress is at an all time high, with an estimated 2.4 million Australians using antidepressants, a number that has doubled in the past two decades. Meditation Alarm Clock provides a peaceful solution to the sense of dread and anxiety people commonly feel upon waking, allowing them to train the mind to be calm and to induce positive thinking from within.

“I think part of the problem today is that we’ve been conditioned to believe we have full control over lives. The truth is, you can have a vision, you can set goals and you can work towards achieving your goals, but you can’t control what is going to happen from one day to the next. We’re always trying to control every aspect of our lives, and I think sometimes we just need to sit back and let life take its course,” says Mercy Wolf, Founder of Meditation Alarm Clock.

“The essence of meditation is learning to accept every moment as it is. The reason we feel so anxious is because we think we can change our circumstances. But we need to be present in the moment; we have to stop resisting it. Once we stop resisting life it gets magically better.”

Studies are slowly revealing a direct correlation between practicing meditation and good physical and mental health. But many people associate meditation with sitting on a mountaintop with legs folded and fingers poised – something that is exotic and inaccessible. However, Ms Wolf says that meditation does not have to be that extreme.

“People tend to think that meditation requires a huge commitment of time and discipline, when in fact research shows that a few minutes a day is enough to produce significant and lasting changes in a person’s outlook and well-being,” says Ms Wolf.

She adds that because we’ve been programmed to immerse ourselves in activities – whether it’s work-related or household duties – we’re unable to carve out even five minutes a day to simply sit and meditate.

After spending 28 years as meditation teacher, a solution emerged in Ms Wolf’s mind “in a blinding flash” – the solution being, a mobile application that allows people to wake up gently and enjoy the calming benefits of 5 to 20 minutes of meditation while still lying in bed in the morning.

“It’s the easiest way for people to meditate. All you have to do is set the alarm five minutes earlier, and the app guides you into a meditation and puts you in a calm state so you’re ready to meet the day ahead,” says Ms Wolf.

She adds that the app is a great introduction for people new to meditation and equally suited to those with more experience looking for a simple way to stay on track.

Priced at $0.99, Meditation Alarm Clock offers a range of sounds from chirping birds to wind chimes to help wake the user, as well as four mindfulness meditations from 5 to 20 minutes in length. In-app purchases include a ‘sure wake’ function for those who have a tendency to sleep through alarms, and a ‘back to sleep’ meditation for people who have disruptive sleep patterns or suffer from insomnia.

Unlike other meditation apps, Ms Wolf says she was wary of “not sounding airy fairy”.

“I was conscious of the way I sound. One of the reasons people don’t like other meditation apps is because of the voice of the person guiding the meditation. It’s often more annoying than soothing,” she adds.

Ms Wolf admits that prior to practicing meditation, she was a “temperamental and reactive person.”

“Meditation completely transformed me. It breaks my heart to see so many spending day in and day out feeling stressed and miserable. This app is all about making meditation accessible. I want other people to experience the same benefits as I have,” she adds.

When she initially came up with the idea, Ms Wolf convinced Liam Austin, Founder of Next For Sale, to help her build the product and business. She says “his technical and startup knowledge helped bring the concept to life”.

“We’re quite different in the way we operate but we had a great working relationship. I’m a ‘go with the flow’ kind of person, and I needed someone who is meticulous and organised,” Ms Wolf adds.

They outsourced the development to Pakistan to keep costs at a minimum. Ms Wolf admits, however, that there were communication issues. Like with many other non-technical startup founders, initially there was a misalignment in terms of understanding the concept. Ms Wolf wanted the alarm to work even when a smartphone is in ‘do not disturb’ or ‘airplane’ mode, and the developers were insisting that it was against iOS regulations.

“Getting the alarm to function properly took longer than expected. There were times where everything was at a standstill and I felt like we wouldn’t be able to bring my idea to life,” says Ms Wolf.

“But in the end, the app design turned out to be perfect and it functioned exactly as I wanted it to. Despite the speed bumps, it was a fun and creative process.”

Ms Wolf is marketing the app through social media and plans on writing articles for various health and wellness blogs and publications.

While many founders test their apps on local markets before going global, Ms Wolf felt that meditation’s relevance has no borders.

“Our marketing is targeted to Australians, but the app can be downloaded from anywhere in the world. I love the idea of someone in Spain waking up to my voice in the morning. That said, I think it will be important to offer the meditation in different languages. Not everyone speaks English and we need to take that into account,” she says.

In the future, Ms Wolf also plans on introducing meditations for anger, forgiveness, and grief, among others for special occasions.

Previous article Do you need to be a masochist to be a startup founder?
Next article Crew With Me set to become the Airbnb of the boating industry
Via Profiles
Tags AppAustraliabusinessMeditationMeditation Alarm ClockMobilestartup