Racism and rejection by society don’t lead to HIV increase, Facebook does? 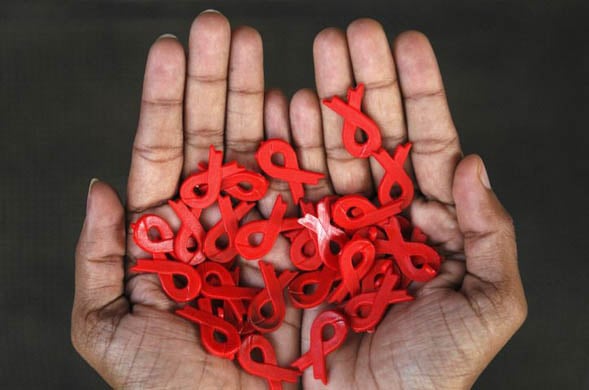 Lots of different people blame social media for different things, but even I am surprised it’s being blamed for a ten percent jump in reported HIV cases across the Australia in the past year. I’m surprised about it, and also totally pissed off.

Apparently, Professor Paul Sendziuk, who is an ‘expert’ on the history of HIV and AIDS is saying social media and “meet-up” apps on phones are making it easier for people to engage in casual sex with stranger. He then goes on to add that the upward trend in AIDS cases is mostly in LGBT and Indigenous communities.

To Professor Sendziuk I ask two things. Have you ever heard of racism or cruising spots?

While I can’t prove that social media has NOT lead to an increase in HIV, I somehow don’t think the professor can prove it HAS either. While the internet itself has lead to more options for cruising, with Craig’s List and apps like GRINDR, its still just as easy to go to a bar or known pick up spot and have anonymous sex there as it is to use an app.

And even if the app has lead to an increase of cases, which again, seems tenuous at best, I’d be interested to know why it’s only been noticed in the last year, and why instead the professor isn’t focusing on what is the more likely cause: Marginalised groups engaging in drug use due to the regular abuse and alienation they experience in a white, straight world and then having unprotected sex for the usual reasons, such as lack of education about HIV and AIDS, pressure from a partner or, you know, rape.

Even if it is none of the above, and these groups are just taking drugs and having unprotected sex, how are we ignoring the trauma surrounding being indigenous or gay or God forbid both in Australia? Remember that whole “we need to test all gay people and ban gay events” thing? Yeah that was like, 30 years ago. And I really hope I don’t have to trot out the laundry list of crappy things that have happened to Aboriginal and Torres Strait Islander people.

On top of this, AIDS has only BEEN in Australia for 30 years. Hell, AIDS itself is still a baby in the world of disease, and while we are finding more and more effective ways to manage it, we don’t know a ton of information about it. Sometimes I think the only reason we know as much as we do is because of the Gay activists who didn’t want to die or be driven further into the closet and fought harder.

There’s a very real probability that attributing something as serious, and marginalising as HIV and AIDS to communities plagued with marginalisation, abuse, violence and rejection from the greater society, can lead to greater drug use and higher rates of suicide (both in Aboriginals and LGBT groups). But please. Ignore the all this and keep blaming it on some apps.

Previous article Back to basics: Entrepreneurship for dummies
Next article An insight into the creative mind of technology entrepreneur Ron Creevey
Via Profiles
Tags AIDSAustraliaFacebookHIVLGBTsocial media