Penny Auction based startup to hit first million in revenue this year! 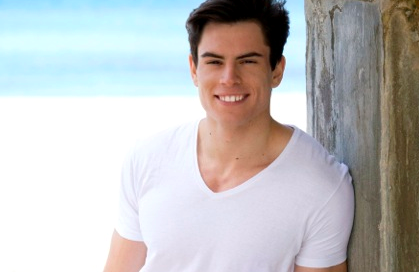 Elliot Donazzan, 20, and Matt Donazzan, 28, are flying high right now. In just over a year the pair have built a brand that is generating close to $100,000 a month in revenue.

Their flagship site One Cent Flights is a pay to bid auction site for flights that gives users the chance to bid on flights and travel packages at prices starting at just one cent. All travel flights and travel packages are with full priced airlines and are flexible – allowing users to win today, and then book a flight for a time, date and route of their choosing (subject to the conditions of each auction).

There has been some controversy surrounding penny auction based sites over the last couple of years, with complaints, bad press and a call for government to intervene and change the rules around how they operate.

If you have ever visited one of these sites you quickly realise that potentially the activity of using money to buy bidding credits could easily add up to costing you as much as the product you are bidding on at a retail price. You would also realise that the process is addictive and probably not the best place to be if you have issues with gambling.

However the Australian Communications and Media Authority (ACMA), the regulator charged with enforcing the Interactive Gambling Act, takes the view that the sites are just like eBay.

In a statement given by a spokesperson in October they said, “ACMA has received a number of complaints about online auction sites, including penny auctions and has investigated these, [We] have taken the view that most online auction sites resemble traditional auction processes.”

“The element of ‘chance’ or of ‘mixed chance and skill’ in an online auction process is no greater than that which applies to any more orthodox auction…despite the urgency of the penny auction process and its ‘game-like’ feel.”

This certainly was good news to players in the space, and the Donazzan cousins launched their second penny auction site One Cent Wines a few months ago.

“We can hardly believe our luck that what started as a small online start-up has grown into this successful business, we also cant believe that we now have a user signing up every few minutes” says Matt.

That user base is over 200,000 people strong at the moment and will be set for a growth spurt as the pair launch the business internationally into the New Zealand market.

“We are delighted to announce our launch into the New Zealand market. We received hundreds of calls and emails from New Zealanders asking us to open up this opportunity to them. This amazing level of interest helped cement our decision to offer our services to the Kiwi continent,” says Matt.

One Cent has experienced exponential growth and success since their launch in August 2012. To date, they have generated over $500,000 worth of holidays for many happy customers. The entrance into the New Zealand market is another significant milestone for the turbo charged tech start-up and an important step in their plans to expand internationally.