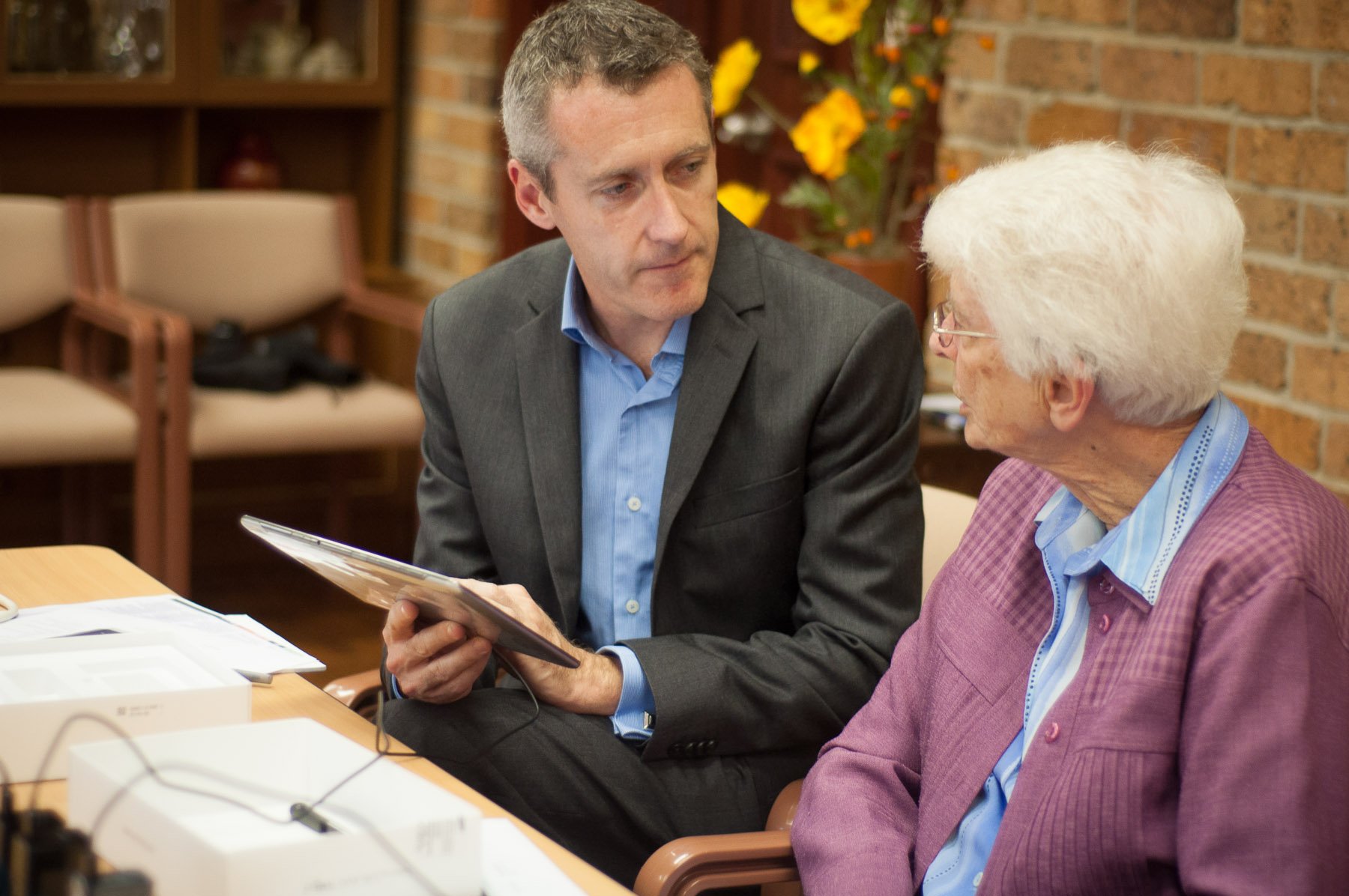 Seniors now too can enjoy the benefits of social media, with new app Tapestry taking the hassle away from current social network configurations and offering a more intuitive, user-friendly interface.

While we have an array of social media applications at our fingertips – Facebook, Twitter and Instagram, to name a few – to help us to connect with our friends and family, many seniors feel isolated and left behind by complicated and confusing technology. With Tapestry, seniors can enjoy the benefits of email and photo sharing, without having to understand the technical intricacies of social media.

The new app also includes an integrated help feature and an extra layer of security that email alone doesn’t have, with a private messaging feature available for selected family and friends.

“The straightforward nature of Tapestry means that seniors who have never even used a computer before can be comfortable using our app,” says Andrew Dowling, Founder and CEO of Tapestry.

Dowling was studying his MBA in China when he stumbled across the social enterprise concept – a sustainable business that solves a social problem. His grandmother at the time was living in an aged care facility in Australia and was often missing out on what was happening with the family overseas. She had become very socially isolated; and Dowling soon realised that the issue was widespread across the ageing population. It was then, when he embarked on a search for a solution; and after finding none, he created one.

“Technology is about breaking down barriers, not building them up – at Tapestry we want to ensure that seniors are able to share their own lives with their children, grandchildren and friends with ease, as well as not miss out on any special moments or news,” says Dowling.

Tapestry’s offering was trialled in aged care facilities across Sydney and was so well received, the company decided to create an enterprise plan. The enterprise offering assists operational businesses to manage communities of seniors with additional administration controls and communication capabilities, and is available on a $9 per month plan.

“This platform is not just for individual users, but also for retirement villages and aged care facilities that are looking for ways to build communities of their own,” says Dowling.

“We noticed that in aged care facilities, seniors even started teaching one another how to use it. That’s when we realised that we could create additional community features to strengthen the relationships within existing senior communities.”

Initially, the idea was to create a tablet device solely for social networking. While it received positive responses, Dowling realised it would be difficult to expand the business globally; and the idea of connecting family members living in different countries became less feasible.

Upon further research, Dowling learned that many seniors have access to a computer room, or own a computer or mobile device. So rather than selling a brand new device, it would be better to create an application that can be used on any device with internet access.

In the design process of the app, it was important for the team to offer a simple user interface, without being condescending.

“There are a lot of products aimed at seniors, particularly in the US, that are almost patronising. They’ll make something so simple that it communicates to seniors that ‘you can’t use normal technology, so this is what you get,’” Dowling explains.

He adds that while it was important to take into account the possibility that the user may have arthritis or poor eyesight – therefore, needing larger buttons – it was also important to offer a sophisticated, visually-appealing interface, so they don’t feel belittled.

After speaking to numerous seniors, Dowling also discovered that they prefer the idea of a “private social network for family and members of their local community.”

“We rolled out Tapestry to a congregation of nuns and it was amazing to see how quickly they adopted the application. They used it to communicate with fellow Sisters in the congregation as well as their biological families,” says Dowling.

“We saw an opportunity to add features that would help strengthen ties between members of a community.”

In 2012, the startup raised $600,000 and is currently in discussions with investors to raise another round of funding to accelerate international growth.

While many startup founders feel they lose a considerable amount of control over their business once taking on investors, Dowling says their investors “opened doors that was otherwise closed”.

“You may not have absolute control, but you can grow the business or make changes at a faster pace.”

The biggest challenge for Dowling was recruitment. Though he has an impressive track record of attracting and retaining talent, he underestimated how difficult it would be to find the right people who are willing to work in a startup environment, where there is a lot of uncertainty around what the future of the business will look like.

Despite initial uncertainty the future of Tapestry seems solid, having gained a growing worldwide user-base.

“Families are global today, so we can’t just target the product to Australians. We need to internationalise the product, so people across continents can stay connected,” says Dowling.

Tapestry can be downloaded for free via iTunes and GooglePlay, with the option of subscribing to a $5 per month plan for additional benefits such as unlimited photo and message storage.