The Geepers Challenge invites you to attend the inaugural Finals event! 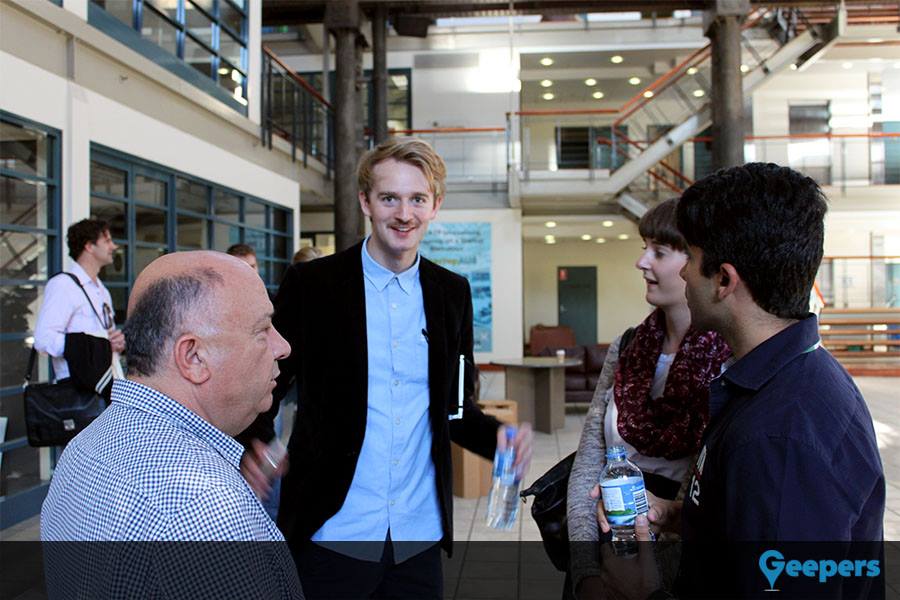 It’s been two months since we invited our readers to take up the Geepers Challenge, and the inaugural competition has almost reached its conclusion. During October, 17 ideas were submitted to Geepers, via the competition website, for new location-based services that could be “powered by Geepers” and introduced to the market in early 2014.

I had the pleasure of watching the finalists pitch their ideas, and was impressed by the high calibre of budding entrepreneurs aspiring to make a difference.

Geepers Competition Manager, Shahe Momdjian, agrees with the sentiment, saying “We were so impressed by the quality of the entries and the fact that they were all so different that we decided to invite everyone to pitch their ideas in person. 11 teams accepted our invitation.”

The Geepers team believe that by welcoming clever thinkers to pitch their ideas, they can explore the full potential of their technology.

“We have a global vision, but we are few. By enabling a world of clever people to be part of the future of location interaction, the Geepers Challenge is crowdsourcing the vision we are launching,” says David Whitfield, Founder of Geepers.

After a very tough and close round of pitching, four teams have been chosen to pitch in the Finals event this coming Tuesday at !geeperschallenge.2013. The four ideas – chosen according to the scores given by a five-strong panel of judges – involve the fundamental use of Geepers in socially-conscious ways including the enabling of real-time information for firefighters, improving the safety of cyclists, requesting emergency assistance through a mobile app and making animal rescue and rehabilitation more efficient.

Each idea has the potential for global adoption and that’s exactly what Geepers hopes to see from any ideas that go on to reach fruition.

One of the finalists, Karnig Momdjian, who came up with the idea of creating Geepers addresses for swimming pools where owners are willing to allow fire fighting helicopters to scoop water from their swimming pools for fighting bushfires, says “I very much enjoy applying technology to solving business problems. The Geepers challenge offered such an opportunity and I have enjoyed developing my social enterprise pitch”.

Another finalist is a team of three – Diana Cavaye, Giles Cooper, and Monti Daryani – who came up with the idea of a location-based app that aims to end the ongoing war between cyclists and motorists on the road, by providing instant warnings to drivers when cyclists are nearby. In a collective statement, they say, “Through the TGC13, we have had a unique opportunity to meet with like minded people, who look to new technology like Geepers to solve real problems.”

“As Got Wheels is entering into the acceleration of a paradigm shift, it is very exciting to be involved and aligned with a company like Geepers because of how the new technology will revolutionise addresses in the digital world.”

Geepers is extending an invitation to the whole startup community, to attend the final judging event at ATP Innovations this coming Tuesday evening. Anybody with a passion for innovation or with an interest in the Geepers vision is welcome to attend.

There will be light food, drinks and plenty of interesting people to meet including members of the Geepers team, various sponsors, judges and members of the audience. The winners and two runner-ups will take home cash prizes of $3,000 and $1,000 respectively, with additional prizes to be announced on the night.

Accept your invitation by clicking here.

Previous article 20 lines of code to help build your website
Next article Penny Auction based startup to hit first million in revenue this year!
Via Profiles
Tags AustraliaGeepersPitchingstartupThe Geepers Challenge 2013