Rotten Fruit and other “Are you serious, BlackBerry?” Moments 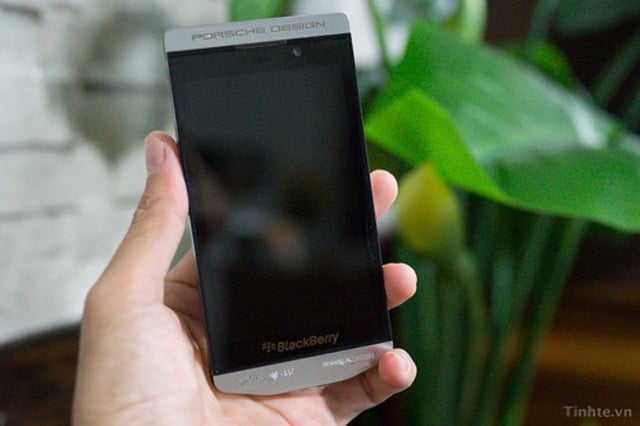 The key to a graceful ending is to letting go, well, gracefully. Unfortunately, this is something that BlackBerry is clearly having a bit of a hard time with. Part of the Canadian RIM Corporation and once the forefront of smartphone technology, BlackBerry has had a well-documented fall from glory. They were hoping to return to the top with a slew of new phones that were released in the past year, including the Z-10. Sadly, success did not find them, and most of the phones were declared flops.

In a move that’s so nonsensical I can’t even come up with a proper joke for it, BlackBerry’s last grasp at a solution for this failure is the P 8892, a luxury version of the Z-10 designed in collaboration with Porsche. The phone, which launched today, is crafted of high-end metal pieces and premium leather. It will be available in select countries at a few exclusive high-end shops for $2,363 a pop. Because when your stock dips lower than it has in ten years, the best strategy you can adopt is a redesign in pity collaboration with a high-end brand of a phone that no one bought in the first place. Uh, ok?

While BlackBerry in the past has been known for designing ultra high-end phones for shall we say, exclusive clients, all I can do at this point is shake my head and say “Really, BlackBerry? REALLY?” Quite simply because absolutely nothing about this choice makes any sound business or technical sense. Clients who are after luxury products don’t typically spend their cash on phones that have been panned by pretty much, well, everyone. BlackBerry’s attempts to recover by redesigning a failed phone that no one liked into a phone that only a very few will be able to afford, you have to wonder if they actually have a long-term recovery strategy at all, or if this is a desperate cash grab before they fade into anonymity completely.

The fact of the matter is this: BlackBerry stock is hovering around six dollars a share. You’d have to sell almost 400 shares of it to be able to purchase this supposed premium redesign of a phone that didn’t sell at 150 a pop because of poor performance and lack of OS stability. At this point, it’s difficult to tell if new BlackBerry CEO John Chen is going to be able to turn things around. It’s still early on in the game, and it’s possible he has some amazing tricks up his sleeve, but if this is one of them, things don’t look good.