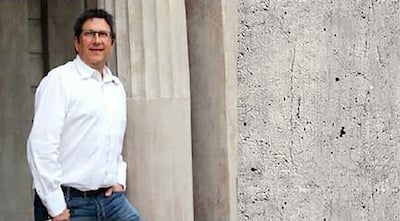 Three years ago, two Melbourne entrepreneurs frustrated with the costs involved with booking corporate travel decided to embark on Plan B – a cheaper solution. Rather than paying corporate travel agents unnecessary fees, Plan B’s innovative technology allows business owners to arrange their own flights. Today, Plan B is Australia’s fastest-growing company, going from a $1 million turnover in its first year to $28 million in the last financial year, and well on its way to delivering over $100 million in the current financial year.

The software behind Plan B’s success is Locomote’s Travel Management Platform – a business-to-business system “revolutionising travel management and procurement function”. The technology puts the power back in the hands corporates, enabling employers and employees to take care of their own travel plans.

From idea to commercial reality

Serial entrepreneur Philip Weinman and former doctor of medicine, Dr Clive Sher, were assessing their business expenses when they realised how many dollars were being spent on corporate travel agents for basic bookings.

“Having done so much corporate travel ourselves, we were unhappy about how reliant we were on a third party every time we wanted to make a booking. We tried to leave our travel agent, but it was difficult because they owned our profiles, data and history. What was our Plan B? We didn’t have one so we started our own company,” says Weinman.

Weinman and Sher sought out to build their own in-house software; but with no technical expertise, they had to find a strategic partner. At the time, they were also investing in an anti-energy drink called ESC made with chamomile and valerian. They needed a designer to aestheticise the brand, so they visited 99designs.com. However, they were unsatisfied with the results, so they decided to consult local design companies.

“They were all giving us quotes of $50,000+ to design the website and implement a social media strategy. We asked them, ‘How big can this be?’ They said, “Oh, you’re going to sell millions of cans with our brilliant design.’ So we proposed to them, ‘If we’re going to sell millions of cans, why don’t we pay you a percentage royalty instead of a fee?’ None of them wanted to do that because they weren’t that confident when it came to putting their money where their mouths were,” says Weinman.

Philip Weinman, Co-Founder of Plan B

Software development and design company, Locomote, jumped on board with the project and agreed to take $0.05 per can sold. Impressed by their willingness to back themselves, Weinman and Sher assigned them another project – to design a travel-booking engine. Three months later, after the technology was complete, Weinman and Sher decided to buy into the company for $1 million.

“Our software provides employees with a clean and simple user experience so they don’t need to engage a travel agent. As a service provider, we see our role as simplifying processes, so we have reduced the reliance of the travel agent, which has dramatically cut costs,” says Weinman.

“The truth is most of the time, corporates fly from point to point, and don’t require the services of a travel agent to organise basic bookings. We could do it ourselves in minutes, if only we had the technology. And now we do.”

Weinman explains that Plan B never intended to become a commercial business. Rather, the technology was made for personal use. But 18 months ago, they realised their corporate friends were also unhappy with the fees associated with travel agents.

“We weren’t expecting such a massive uptake. What we realised is that most corporates were frustrated with their travel agents. They were happy to switch over to an alternative option,” Weinman adds.

He points out that the only time corporates need to pay fees is when there’s a problem. As such, Plan B have brought on key advisors they call “travel geniuses” to offer assistance when clients have problems or need to book last minute executive travel.

“If you’re making a booking and there’s a problem, you have someone to call as opposed to other online booking engines where you have no-one to consult,” says Weinman.

One of the greatest benefits of using Plan B, Weinman says, is that it allows businesses to own their travel profiles rather than having them controlled by the travel agent.

“Profiles are owned by travel agents. So if you leave a travel agent, it’s like trying to leave a bank or an accounting firm. You have to ask them to hand over your profile, which isn’t easy for them because they know they’ve lost a business,” he says.

“With our technology, the profiles sit within the platform which is owned by the corporate, not the travel agent. We’ve taken away the need to depend on third parties, and put the power back into the hands of the rightful owners of the profiles, which is the clients.”

In most cases, Plan B negotiates the airfares on behalf of their clients.

“If we’re dealing with a major corporation that spends, for instance, $20 million on travel, we know what discounts they should be getting from airlines companies. We act as a facility manager for those big corporates,” says Weinman.

“And if they do want to deal with a travel agent, they’re welcome to. But that becomes a secondary decision. The primary decision is to be in control of their own profiles so they can deal with any travel agent. If they’re not happy with them, they can unplug them in a day and assign a new one. It sounds ridiculous but that’s what has been working for us.”

He stresses that Plan B are always looking for great deals and packages for clients “because we’re a corporate just like they are”.

“We come from a corporate background, so we’re only interested in what our clients want. We don’t care about what the industry wants. This is what makes us so disruptive; we’re actually causing people in the industry a lot of difficulty because now they have change their business model,” says Weinman.

The Locomote Travel Management Platform, one should keep in mind, is not just for booking flights. Weinman says the technology is, in fact, “a platform not an application”.

Too much publicity can kill a company

Over the past 18 months, Plan B’s business has come directly from word-of-mouth referrals. Weinman says they “don’t believe in a technology company employing a sales force”.

“The best people to sell our product is our users. We’re very fortunate that we’ve been able to generate a great deal of client satisfaction,” he adds.

The company’s success to date has been achieved without a sales team, PR representation, or even social media engagement.

However, Weinman says they’re not going to rest on their laurels. They recently appointed representatives to take care of the company’s PR and social marketing.

“I can’t even begin to tell you how many leads have come through the website as a result of one press story. It feels like there have been hundreds of stories published,” he says.

He adds that they’re being very selective and strategic about which publications they approach.

“We don’t want to appear in every publication … We’ve learned that too much publicity can kill a company. It boosts people’s egos to the point where they stop working on their business. They speak to a lot of journalists and think that they’re unstoppable,” says Weinman.

“But the truth is you have to run your business as if there’s no tomorrow. We’re very down-to-earth and focused in the way we run our company. We believe we’re only as good as our last customer.”

Weinman says he has a track record of attracting good people, with a ‘can do’ attitude.

“Good people like to go where good people are. We pay existing staff to recruit for us. So instead of paying all the recruiting companies out there to recycle names and addresses and phone numbers, we go to consultants and travel geniuses and say, “We need two more geniuses. Where can we get them?” They introduce us to their friends at other travel companies, and we know that they’re going to only bring in people with the same ‘can do’ attitude,” he says.

The ‘can do’ attitude, Weinman explains, comes about when workers are held accountable for profits.

“My philosophy is ‘I’m happy to take a smaller slice of a bigger business.’ I’ve always shared profits with the team and that’s probably why we don’t lose people,” he says.

Their other approach is to hire before the onslaught, not after. Weinman says companies tend to wait until they have a profitable business before they start recruiting staff.

“We know we were going to have a business so we started hiring in the early stages, and trained our staff to embrace our philosophies. We’re going to be hiring quite aggressively over the upcoming months,” he adds.

As Australia’s fastest growing company, Plan B have no intention on slowing down. In fact, they already have their minds set on fast-emerging international markets such as South Africa and Brazil, where domestic travel is a growing industry.

“Our product is ideal for domestic or point-to-point travel. We’re just debating whether we should franchise the company or whether we should just open up support offices in different locations. I think that we just need one person in each country because everything is centralised on one technology,” says Weinmans.

He adds that there is no need to employ a sales team in each country, because the technology is borderless and already appeals to  overseas markets.

“About 40 of our top clients are global companies. One of our clients is a major global legal firm; they just fell in love with the technology and want us to install it globally so they can use it in their London office. So do we really need a full team in London? No, we just need to put someone there to be a point of contact for the business,” says Weinman.

Weinman’s biggest advice to other startup founders is to “give away the product at the beginning to establish proof-of-concept”.

“I was prepared to back our product by giving it away at the beginning. My board thought that was crazy, but my view was this would be the quickest way to grow our user-base,” says Weinman.

“My advice is to demonstrate your product to some people and give it away for free. Once you’ve got a committed user-base, they’re going to be your best sales people.”

For more information on Plan B, visit www.planbgroup.com.au.