The philosophy of NEIL 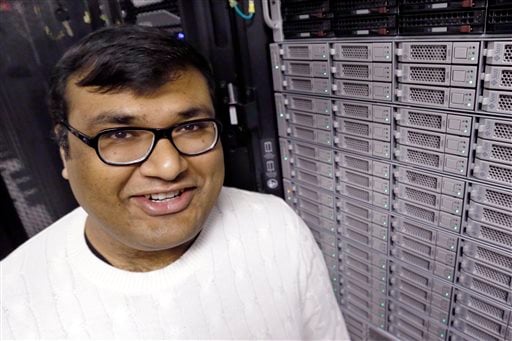 What a busy few days it’s been all over the world. It seems like only yesterday, I was writing about our robot overlords. (Oh wait, it was.)

Sometimes, there is just so much going on, it’s hard to decide what to devote my attention to each day. Do I write about the tiny flying robot who is designed to move like a jellyfish? How about writing about owls, their noiseless wings, and indirectly, my horrible fear of birds, with a piece about how researchers want to harness that creepy silent flying for real life applications?

It’s been a long day here at my computer so both of these were pretty good contenders, but then I read about how researchers at Carnegie Mellon Institute are trying to teach computers common sense.  They are doing this by letting a huge computer system, called Never Ending Image Learning, or, NEIL, for short, browse through millions of pictures and decide for itself what they all mean.

As of early summer, our pal NEIL has been searching the internet for images, and slowly but surely, trying to figure out how they relate to each other with the ultimate goal of recreating common sense, or, the ability to learn things without being specifically taught.

In the time since NEIL started surfing the web, he has managed to identify 1,500 objects, 1,200 scenes and has managed to make 2,500 associations of that information collected. NEIL has a stellar sense of humour, coming up with associations such as ‘actor can be found in jail cell.’ NEIL has also determined that zebras can be found in the savannahs and they sort of look like tigers.

While the implications of this are amusing and vaguely disturbing, NEIL is pretty slow going, and still not nearly as efficient as a human when it comes to assessing certain situations. He thinks “rhino can be a kind of antelope” for example, and it is unclear whether NEIL’s brainpower will continue to grow over time, or eventually plateau. The team that is working with NEIL wants to keep him running as long as possible to determine this.

Right now, they are being funded by the Office of Naval Research and, you guessed it, Google, who have not yet commented on what they want from NEIL, as he happily wonders whether ‘”news anchors can look like Barrack Obama”.

Regardless of what NEIL will be used for, and I can only hope it’s good with such whimsical thoughts as the ones he has above, what do you think? Do you think a computer could ever truly have the capacity for human type common sense?  Will NEIL’s thoughts become more complex? Or will androids remain a fiction, dreaming forever of electric sheep?