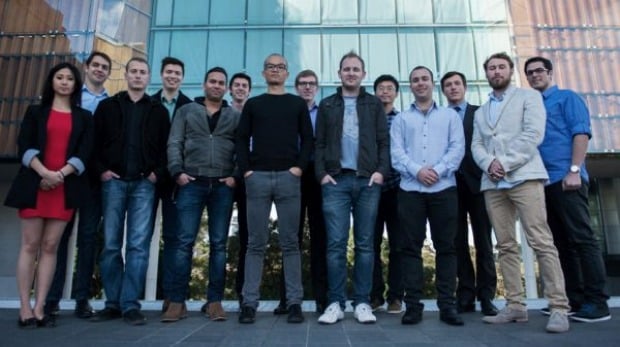 Last Summer Incubate exploded onto the Sydney startup scene with their new accelerator program being run out of Sydney University, utilising the skills and mentorship of USYD alumni. Raising over $1.1million dollars collectively and launching some truly innovative solutions, that helped such industries as agriculture and event planning, the program attracted the attention of Google who this month announced a national partnership with the program to bring it to various universities around the country.

On Wednesday night this week in front of media, investors, mentors and a significant portion of the Sydney startup scene, the current class of eight startups presented what they have been working on for the last few months.

The quality of all of the pitches were very high, leaving no doubt as to why Google would pro-actively want to support this initiative moving forward. Many of the founders during the networking part of the evening were approached by and have began conversations with investors. No further funding to any of the startups have been announced as yet, but shoestring.com.au will be keeping tabs on the progress of the current class and provide updates as they happen.

One startup amongst the group that has already raised $20,000 is Rocketshift who are aiming on closing an initial $100-$120K seed round. They aim to make it easier for people to find casual employment across various industries, taking the headache out of job searching.

This space will be a competitive one over the next 12 months with a number of similar businesses emerging in the casual / part time job search and find marketplace. Australian based OneShift led by 22 year old Gen George is starting to gain significant marketshare, her media savvy hustle and strategic partnering with large hospitality and trade related brands makes her a tough competitor to topple.

Likewise Workible another local player in the space are well backed and are gaining some major traction on the partnership front as well. Although both are concentrating on the building of the business relationships, they have very clear consumer acquisition strategies in place, with OneShift currently boasting 70,000 + monthly users and growing fast.

The other startups that pitched on the night included DriveList, JobGPS, Makeup Social, Neighbourhood Networks, Who Gives, SkyTree and SpeakEasy. As the startups start to capital raise and prepare to launch shoestring.com.au will be covering the founders and businesses in more in depth individual features.