Why I created a social network for sharing emotions 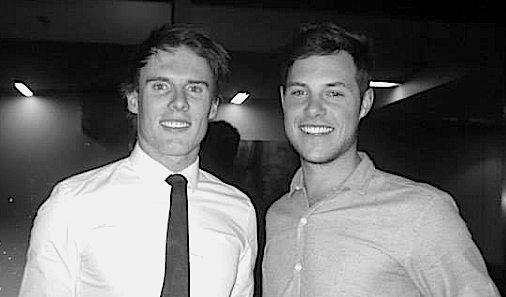 I have naturally always been confident that I can achieve the best outcome when I’m in control. This was reflected in cooking, booking holidays, sport, study and increasingly in business. I simply just don’t like relying on other people. This became a problem when after two years of working as an employee in a corporate role; I realised I wasn’t able to make the decisions that I believed were best for my clients and to take the business forward. I wasn’t realising my potential or satisfied as an employee, so I quickly begun preparing myself for life as an entrepreneur. I have always seen myself as a risk taker and the thought of having no secure income didn’t phase me. I left my corporate role in early 2013 and made the decision to take action on a business idea I had, after all ideas without action are exactly that, ideas.

In December 2012, I was driving home after eight and a half long hours sitting in a dull office, frustrated at the constant routine of the daily grind and caught up in traffic that was worser than usual. I wanted to express my frustration with people but I was uneasy about doing it on Facebook or Twitter for the fear of being ridiculed or mocked for expressing my emotions. After a few moments of thought I decided not to publish my frustration to my Facebook wall; I instead asked myself why wasn’t there a social platform that is specifically for sharing our emotions? I saw this experience as a huge market opportunity.

I ran the idea by a good friend and ultimately my Co-Founder, Ricky Jessop. Ricky is an extremely knowledgeable business guy with entrepreneurial goals that match mine. He loved the idea and helped me create the foundations for what the product was going to be, and how we could actually have a positive impact on people’s lives. The Moodswing journey had began, a social networking app to share your emotions.

Subconsciously we may know how big a part emotions play in the way we live our lives, but it wasn’t until we really started thinking about it and researching that we realised emotions are in fact the basis of every human interaction. To us it was astonishing that in the social networking boom, there remained no platform based around people’s emotions.

We teamed up with a Melbourne-based app development company to begin building Moodswing. I also engaged a creative designer to help put together the user interface of the app and help with branding. The question mark you now see as our logo was initially a horrible picnic swing blended with a smiley face, luckily our designer was a lot more creative than I am.

Together, with a number of other people we groomed Moodswing into the app that you see today. After just over 5 weeks the activity we’ve seen has been really pleasing, we’ve almost hit 80,000 users and have had over 2 million sessions.

Our vision for Moodswing is to become the first empathy based social network, a platform where emotional expression is encouraged and accepted. Whilst we provide a fun and quirky environment to share your emotions, we acknowledge the social responsibility social networks have to their users. A fundamental ambition of ours is to help give friends and family the opportunity to identify peers that may be going through a tough time or at risk of developing mental health issues. Simply by giving people the opportunity to offer support or encouragement to seek help can dramatically reduce the negative impact on people at risk than if the signs go unnoticed. We all experience a time where we need someone to talk to; sometimes all we need is someone to listen.

As the Moodswing community grows we will look to build a relationship with a worldwide mental health initiative to advance our support network for users at risk.

We’ve purposely built Moodswing to be adaptable, so that we can action the feedback we receive from users should we see its value. We are nowhere near a final product and we will probably never be. We are already preparing to announce some exciting new features to our users shortly, and as always some small improvements.

People ask why I created Moodswing? I saw an opportunity too good to pass up. While it’s inspiring to think that people anywhere in the world can enjoy Moodswing, the potential we have in helping the lives of individuals and communities is what’s truly exciting.  Our priority will always be to provide an enjoyable and beneficial platform for our users, we do have a business model in place that we’ll look to introduce in the near future.

I'm 24 years old from Melbourne. I have an adventurous spirit, always looking for excitement and new challenges out of life. I believe that all the good things happen when you are taking risks and out of your comfort zone.

I enjoy an active lifestyle; Surfing is where i step away from my everyday life. In the ocean I am able to free my mind and refresh my body. I am also a very competitive person, playing football allows me to compete and enjoy the aggressive physical nature of the sport.

To work for myself, means that I have control over my future. I have big goals and am determined to be successful, as important as achieving my goals are, I am most passionate about enjoying my life journey. I live for special moments spent with those that matter.

My dream is simple… To have the financial, business and lifestyle freedom, to live the life I love.