The next step in conscious consumerism 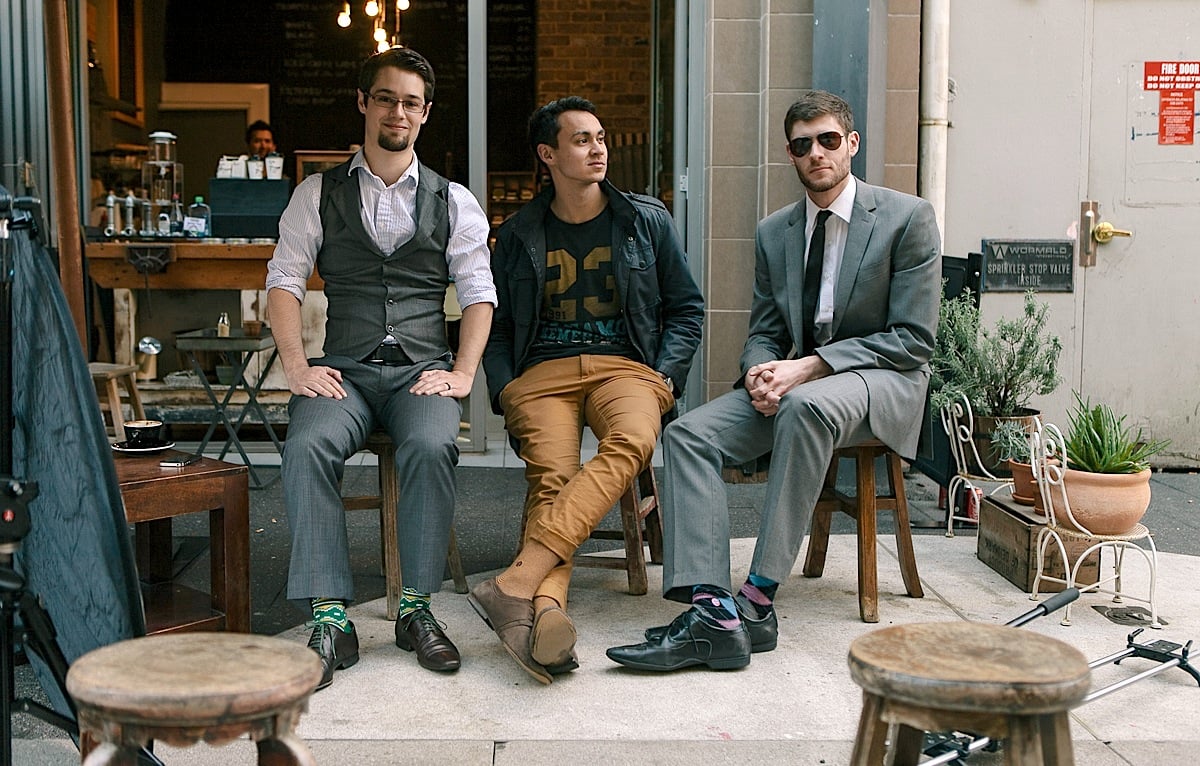 Who knew a pair of socks could feed 3 children, plant 30 trees or allow young girls in disenfranchised communities to go to school? Conscious Step’s stylish dress socks do just that.

Launched two weeks ago on crowdfunding platform Indiegogo, Conscious Step is set to make a difference ‘one pair of socks at a time’, with 50 percent of its profits going towards partnering charities – Action Against Hunger, Trees for the Future, and Engineers Without Borders Australia.

The social enterprise currently offers three sock designs, each reflecting the cause it supports. One pair funds three therapeutic food packages for malnourished children living in refugee camps in Sub-Saharan Africa. The second pair plants 30 trees in Ghana to provide sustainable sources of fuel and animal fodder, replenish degraded soils, and help families overcome malnutrition. And the third pair sends Australian engineers to Nepal to build sanitation facilities in schools so young girls can have the same education opportunities as boys.

On top of that, the socks are made from organic cotton and manufactured in fair trade conditions, ‘as ethical practice is key to the company’s integrity’.

The entrepreneurs behind Conscious Step include Dr Hassan Ahmad and Adam Long from Sydney, and Prashant Mehta from New York City. All three are firm believers of the ‘profit-for-purpose’ philosophy that drives social entrepreneurship today: ‘the more profitable you are, the greater your impact’.

Dr Ahmad says there’s no better time to launch a profit-for-purpose business, with the new government cutting over $4 billion from foreign aid and growing scepticism towards charities.

“There’s a common perception now that charities aren’t equipped to make a difference by themselves, because they’re either not sustainable or are sustainable until people stop giving away their money.”

He adds that part of the problem is the lack of transparency around how charities use the money.

“When we can envision the impact we’re making – for instance, knowing that ‘my sock drawer planted a forest in Ghana’ – it is more motivating than donating $5 to a charity and having no idea how it will be used or what difference it will make,” says Dr Ahmad.

Conscious Step, on the other hand, not only leverages First World consumerism to fund Third World solutions, but also creates a discourse around international development and around organisations that are addressing problems like poverty.

But why socks? Dr Ahmad says there is no brand loyalty around socks, and they are products that everybody buys.

“Socks can be aligned with the concept of conscious consumerism, because there’s no brand loyalty, so if people know what kind of difference buying from us can make, they’ll be more inclined to buy it,” he adds.

With a science background, Dr Ahmad says it’s important for the team to be able to measure everything – from consumer demand to potential impact – before launching officially into the market. They felt that a crowdfunding campaign would be the best way to market-test the product, prove the concept and “drum up hype” with minimal cost.

“So far, the response has been very positive. I think the concept of conscious consumerism really resonates with people, so I’m confident that we’ll reach our goal by the end of 40 days,” says Dr Ahmad.

“And I think we have an advantage because the founders are from Australia and the US, so we’re able to test both markets.”

One of the biggest challenges for the Conscious Step team has been getting charities on board with the project. Dr Ahmad says, “you’d think it would be easy to give money away to charities, but it’s actually not.”

“They were hesitant to join forces with us because they didn’t want to match their established brand with a startup, which is understandable. So we had to approach the niche charities, the ones that are on the ground level building their way up,” he adds.

“I think the world is facing its greatest challenges today than in any other time in history. It’s make or break, in my opinion. If we don’t change our circumstances now, we may get to a point where it’s too late to fix,” says Dr Ahmad.

“And one of the best ways to do that is to leverage the capitalist system and consumerism mindset ingrained in First World societies, by channelling existing business models to address global problems.”

With social entrepreneurship rapidly gaining momentum in Australia and around the world, Conscious Step is no doubt going to be another important player in this movement.

“Conscious Step is really about bringing philanthropy into First World mainstream culture; it’s about making philanthropy a part of everyone’s day-to-day lives. That’s what we plan on achieving in the next few years,” says Dr Ahmad.