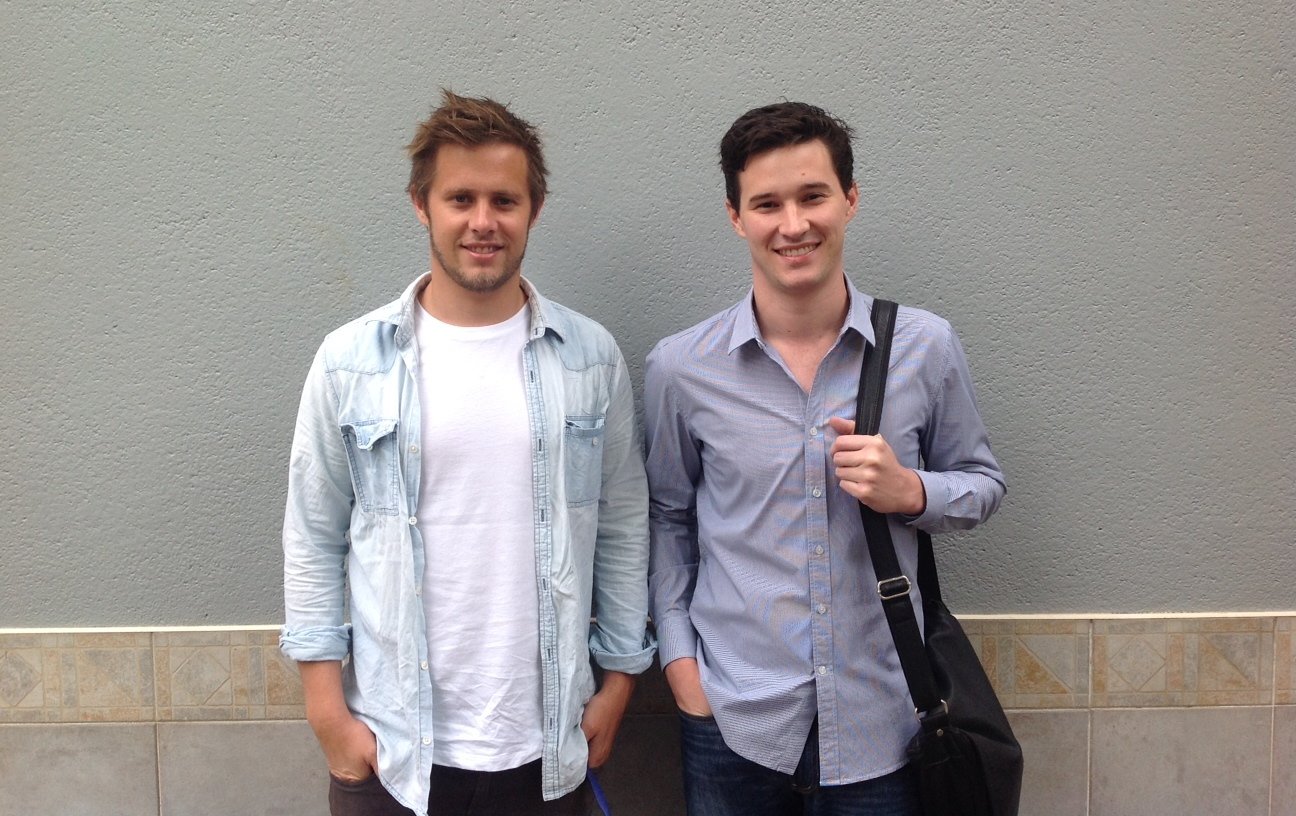 An offbeat new charity initiative kicks off in Australia on Monday with the old workplace Secret Santa set to get a shave.

It’s called Go Halves and involves splitting the office gift limit in half, with one half going to charity and the other on yet another sub par present for a colleague.

Because, let’s be honest, secret Santa gifts are usually embarrassing, funny or functionless, and almost always not far from the bin.

Go Halves is capitalising on this good hearted giving by getting people to do some good with part of their workplace gift this Christmas.

And because it’s simply a social initiative, 100 percent of donations go directly to a charity of choice. This is great news. No handling fees, admin drains or wages to pay, just an easy and direct way to do good.

Brothers Rich and Alex Brophy got the idea off the ground to raise money for the Royal Society for the Blind after their aunty lost her vision.

“It was pretty sudden. Her retina were displaced and after a couple of attempts at surgery she was left almost blind,” says Rich.

“It’s unimaginable to lose your sight after living your whole life in full HD.”

The boys saw secret Santa as a great opportunity to get people on board who wouldn’t ordinarily be inclined to make charity donations.

“It’s easy, especially at a time when so much money is spent on gifts anyway. The offshoot of all this spending is that not a lot is left over for donating to causes outside the essentials of Christmas,” says Alex.

“With Go Halves we hope to hit that do-gooding nail on the head.”

The beauty of it is the choice of charity is left in the fundraisers’ hands. Go Halves is simply a method of raising money for a cause, not a charity itself, so people get to choose any charity they like and donate all the money they’ve raised.

The boys are getting the word out there with a social support crowdsourcing tool called Thunderclap.

Essentially supporters pledge their social support by posting a Tweet or Facebook message about the initiative. But instead of doing it in dribs and drabs, Thunderclap stores the social posts and makes them all at once to have the biggest impact.

That time is Monday at 3pm, when Go Halves officially kicks off its good doing march toward Christmas. You too can join the campaign at www.GoHalves.org.