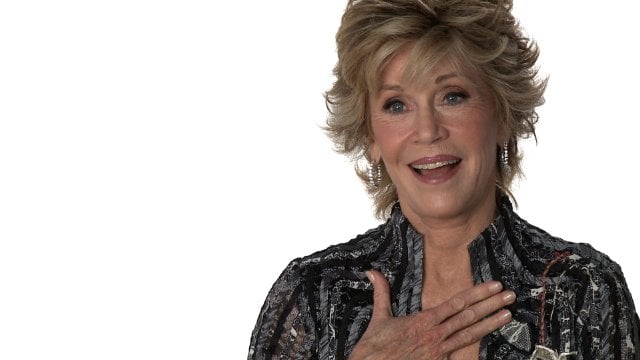 In a society where media is the most persuasive force shaping cultural norms, the collective message that our young women and men overwhelmingly receive is that a woman’s value and power lie in her youth, beauty, and sexuality, and not in her capacity as a leader. How and why should we change this? Last Tuesday ThinkActChange, tackled this question. Ori Golan

It’s on billboards, in newspapers and magazines; it proliferates on television and social networks. Toys, songs, graffiti, advertisements, internet and iPhone applications all promote it in one way or another. The hyper-sexualisation of women. From subtle sexist innuendoes to base pornography. Women are routinely degraded and used as commodities to generate commerce or score political gains. Former Prime Minister, Julia Gillard, was relentlessly targeted for misogynistic attacks, unrelated to her job description. Whether it was her attire or body parts; or her personal life, it was all fair game. The list of epithets includes, among others: dog, bitch, witch, old cow, deliberately barren, and menopausal monster.

But it is not just women in key positions. Girls and women of every age and walk of life are routinely urged to trade on their looks. Advertising and film industries focus heavily on women’s sexual features rather than attributes such as intelligence or work capacity; they are often depicted as objects in positions of inferiority, subordination and low social power. Seldom are women depicted as protagonists who are feisty, intelligent and charismatic. A cursory glimpse at media outlets yields images of prepubescent beauty pageants, teenaged girls smothered in makeup, women in suggestive poses and models with perfect curves.

Psychologist Sarah McMahon from BodyMatters Australasia, a clinic which specialises in body image issues, warns against this highly prejudiced and dangerous objectification of women. “When we talk about the negative role the media has on young girls” Sarah says, “I think we automatically defer to the narrow beauty ideal that is perpetuated through the homogenised look of models and the overuse of photo-shop”.

Cosmetic surgery is a spin-off from this industry. It is a colossal global market, raking in millions of dollars in profit. Across the globe, 15 million people turn to plastic surgery in the pursuit of the ideal body, the vast majority of them women. According to the Australasian College of Cosmetic Surgery (ACCS), cosmetic procedures in Australia, which include breast augmentation and liposuction, generate over $1 billion a year.

There is also another, darker and more sinister, aspect to this prolific gender exploitation: the propagation of DVDs and video games of a highly sexual nature depicting incest, rape and appalling sexual violence against women. Many of these are available for quick, unfettered purchase in shops and service stations.

More than ever before, young – often very young – people are bombarded with hyper-sexualised messages and pornography is invading the lives of young people at unprecedented rates.

So, what are the consequences of such a pervasive invasion of sexualised material?

Speaker, columnist and advocate, Melinda Tankard Reist, maintains that the consequences are direct, insidious and long-term. As the co-founder of Collective Shoutwhich runs a tireless campaign to end the sexualisation of girls, Melinda is well placed to speak on this matter. “We are seeing a sharp decline in women holding key roles, an increase in eating disorders and a rise in physical violence against women. Collective Shout  takes upon itself to name and shame corporations, advertisers and marketers who objectify women and sexualise girls to sell products and services. Melinda has spearheaded numerous campaigns against major corporations to remove offensive advertising or merchandise which exploits or degrades women.

Watching the film Miss Representation, by Jennifer Siebel Newsom, brings these points into sharp relief. This outstanding documentary puts the spotlight on mainstream US media where women are routinely demeaned, sexualised and limited to stereotyped roles. The facts speak for themselves: currently in the US women are grossly under-representation in positions of influence; is still 90th in the world for women in national legislatures; it is now a place where women hold only 3% of high positions in mainstream media. Given such appalling statistics, it is hardly surprising that there is a dramatic drop in the numbers of aspiring young women in the US. Marian Wright, President of Children’s Defense Fund, puts it succinctly when she says: You can’t be what you can’t see.

But there’s worse. A staggering 65% of American women and girls have eating disorders as a direct consequence of the relentless glorification of thin women in the media.

The problem is, of course, not restricted to the US.

Inês Almeida, Executive Director at the Brave Girls Alliance and Founder of TowardTheStars, is highlights the cause-and-effect between the sexualisation of girls and the three most common mental health problems effecting girls and women: eating disorders, low self-esteem and depression. “Substantial research shows that mass media influences girls and young women’s beliefs about themselves” she affirms.

According to Inês, in 2012 some 913,000 Australians were recorded with eating disorders, two thirds of them women. To compound the problem, the concerned age group is becoming increasingly – and alarmingly –  younger. “Both the Westmead Hospital in Sydney and the Royal Children’s Hospital in Melbourne have observed that eating disorder cases have increased substantially in the under-12 age group” she says.

Inês she is poised to combat this devastating trend. Last year she launched the Toward The Stars campaign; a movement that provides gifts and resources that inspire and enable girls to be strong, smart and daring. “In a world overwhelmed with messages that tell girls that their value comes from their external appearance”, she explains, “it is imperative to showcase girls who are courageous, strong, bold, determined, accomplished and athletic. We need to see more girls who are leaders, scientists, adventurers, politicians and, of course, superheroes!”

On October 11, the UN’s International Day of the Girl, Inês plans to take over Times Square. “With enough supporters, we’ll rent a billboard to flash brief girl-positive messages 40 times per hour, 20 hours per day, for 7 days”, she says.

Alex McClintock is a journalist, male and a full-fledged feminist. “If you think the parliament is full of misogynists, then maybe you should take a look in your local pub or nightclub on a Friday night” he advises, alluding to the sexual and misogynistic bravado so common among Australian men. “Men can be feminists too and the best way to do it is by being active in masculine spaces like locker rooms and pubs.”

He brings into the discussion an issue that has not been discussed or even alluded to: how to make sense of a world from a man’s perspective. With the propagation of pornography, and its proliferation on the net, making it accessible to almost any internet user, how do we deal with it? How do we teach boys to treat women with respect? How do we instil civility and parity?

The many issues and sentiments which a ThinkActChange debate such as this can stir, can be close, personal and painful. A member of the audience shared her experience, shortly after the event.

“I’ve been living a life full of eating-disordered hell since I was 10 years old, and now 12 years later at the age of 22 am I only beginning to see the damage that society and media play on young girls and now women like myself. I can happily say now that I am very much on the way to full recovery. It wasn’t just me who has been suffering from anorexia. My whole family and circle of friends have been suffering as well. I am also back at university and hope to one day work alongside Sarah McMahon and the wonderful women and men out there trying to prevent eating disorders in society and help those in need.”

It is a salutary reminder, and a truly moving testimony, of the very real influence and terrible impact which the sexualising of women in the media can exert on an individual’s wellbeing.

Ori Golan is a journalist