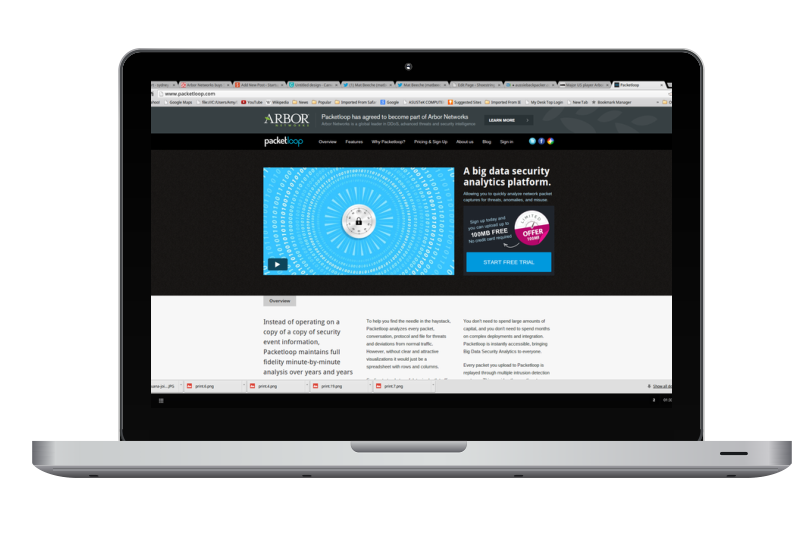 Packetloop which launched in 2011,  announced their acquisition to major US firm Arbor Networks yesterday. The details around the deal remain undisclosed, but it will see the Sydney based company that plays in the market of cloud based security services and Big Data Analysis begin to expand their engineering team locally.

Scott Crane, CEO and Co-founder of the business stated in a post on the company blog:

When we started Packetloop back in 2011, we set out with a singular goal, to create a platform that would change the way the industry performed security analytics. Not just any platform, but one that we would be happy to use ourselves on a daily basis as security consultants.  We also listened to what our customers and peers were saying, the challenges they were facing and the questions they had that were not being answered.

The platform also had to solve what no one else had yet achieved; how to process and present network packet captures on a massive scale, from anywhere in the network. This meant processing terabytes of data representing months of network traffic. All of these elements went into the development of Packetloop and drove a cycle of constant innovation that led to us having the first Cloud based Big Data Security Analytics platform in the market.

On this journey we spoke to a lot of different people and got plenty of feedback from different organizations. Everyone had a view on what we were doing, how we could do it better, whom we should partner with and what was missing from the platform. We never let this shift the focus from ensuring we put the best features into the platform, even if this meant delaying a release or re-engineering part of the platform to find more performance or simply present the data in a better way.

But it was our initial meetings with Arbor where we first truly met a group of like-minded security professionals, who fully understood what we were trying to achieve, appreciated the enormity of what we had created and could see the future in our feature roadmap. As we were introduced to the wider Arbor team, we discovered a company culture identical to our own. A team with a sense of focus, committed and passionate about achieving their goals, who had been able to maintain that startup feel. Arbor threw down a challenge to us.

Did we really want to build something big? Did we want to revolutionize the security analytics market? With this challenge (building and changing the market) and understanding where Packetloop would fit alongside Peakflow and Pravail, and more importantly how the team would fit into Arbor, completing the deal that led to this announcement today just made sense. See what acquiring Packetloop means to Arbor and you will understand the significance of this deal.

The Packetloop team currently have over 350 customers and will build a new Sydney based research and development facility off the back of the agreement.