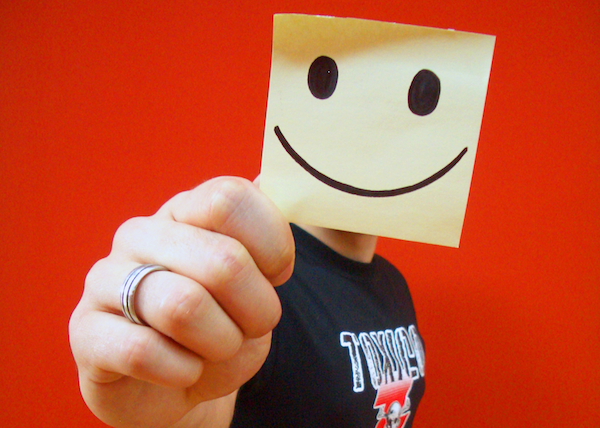 Just a day after its launch, the quirky, empathy-based social network Moodswing ranked in the Top 20 Apps in the Australian AppStore – ahead of Facebook, Twitter & Pinterest. Three weeks later, with almost 50,000 users, it’s now the fastest growing social network.

The concept behind the app is: We live our lives through emotions, why not share them? This idea attracted cynicism at first. Some predicted the app would be unsuccessful, because to them it appeared “superficial”. But they couldn’t be more wrong!

The young guns behind Moodswing, Jake Mckeon and Ricky Jessop, have received enormous support from users and community-focused organisations, proving that there is a market for the app. But more importantly, it shows that people love the idea of being able to express their emotions in a culture that encourages suppression.

“It certainly validates the idea behind Moodswing. Hearing things like ‘Moodswing is such a great idea’ and ‘I’m addicted to Moodswing already’ on a daily basis, shows us that we are filling a market need,” says Jake Mckeon, Managing Director of Moodswing.

Rapid adoption of the app has enabled the Moodswing team to start giving back to the community in which they thrive. Recently, they sponsored a fundraiser concert for the two teenagers Matthew Richards and Paris Turkington who were horrifically burnt in an unsolved incident in Queensland last month.

They will continue working towards providing greater support for young people battling depression, anxiety and other mental health issues.

“We are really looking forward to being capable of providing more support for young people experiencing issues with mental illness. Due to limited resources, we are yet to implement the support network we know we will be able to. For now we’re happy with the instances where we’ve seen Moodswing users provide support for each other,” says Mckeon.

Like every other social media platform, Moodswing has not been completely immune to the occasional ‘troll’. Mckeon acknowledges that, “With everything online, you will have people who aren’t using the platform for the right reasons.”

But unlike Facebook and Twitter, strict measures have been put in place right from the beginning to ensure the platform is a safe space for its users.

“We’ve included a report function where users can report anti-social behaviour, which helps us manage the content uploaded. We’ve formally warned a small number of users that their activity is unacceptable, and any further reports may result in their account being banned or removed,” says Mckeon.

An Android version of the app is currently in the making to meet consumer demand. They will also be offering an email subscription form on the Moodswing website so users can stay up-to-date with the latest news about the product and their mission.

“At the moment we’re extremely satisfied with the organic growth we’ve seen, so our priority is to keep working on small app improvements before we focus more of our attention on user acquisition. When we hit our next milestone of 100,000 users, we’ll look into raising capital to help us scale quicker and build on strategic relationships with community-focused organisations,” says Mckeon.

Moodswing can be downloaded via the Apple AppStore.