Should an entrepreneur be running the country? #auspol 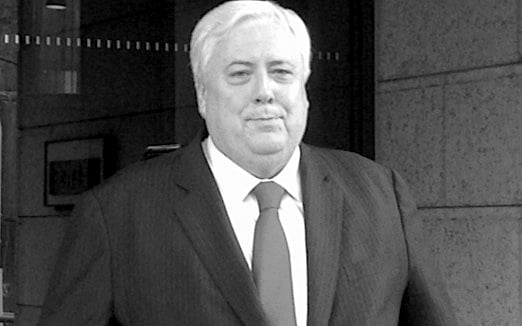 Last week I was invited to have lunch with Clive Palmer and his candidate for the NSW Senate Matt Adamson, it was a pretty intimate affair and I was lucky enough to be seated directly across the table from him. Obviously I have been an avid reader of publications like BRW Rich Lists etc from a young age, so actually meeting one of the wealthiest self made people in the country was a bit of a moment for me that I feel very privileged to have experienced.

The first thing I discovered about Palmer that I didn’t realise was that he is funny, and not quirky laugh at funny as a lot of the media have made him out to be, but laugh out loud hilariously, sharp funny that had me in stitches for the hour and a half that was spent with him. He also does the best impressions of the other party leaders, really tapping into their subtle quirks like any seasoned professional comic would.

I also was immediately able to see that he was a fairly middle of the road kind of guy when it came to his political views, whilst he has not been vocal about his personal opinions when it comes to social issues like gay marriage, he is very clear that all members of his party will vote with their conscience on such issues, and in an election where there is a gamut of issues around business and the economy two things Palmer is very passionate about, he has chosen to make these his two big points when it comes to his campaign.

What I liked about Palmer was that I didn’t feel like I was talking to a politician, he is an entrepreneur, likewise Matt Adamson is also an entrepreneur having built and sold two businesses after his footy career. Over lunch it became obvious that the entrepreneurial way of thinking was very different to that of a politician. Politicians are always campaigning, Entrepreneurs are always striving to achieve growth. We have gotten into a habit politically where a 10 / 15 / 20 year plan to actually bring something to fruition allows our elected representatives to never ever face accountability. And everyone that runs a business, works in a business or that is a customer of a business knows that a person who is able to hold themselves and be held accountable by stakeholders is a much more effective operator.

To be honest the talk about policies at last weeks lunch, although I agreed with them (around abolishing Fringe Benefits Tax and changing the ways in which businesses pay their taxes especially) were not the stand out points of discussion for me. What stood out were the stories Palmer told about his mindset and his approach to work, the man sleeps only four hours a day, he was laughed at when he told people five weeks ago that he would have a person standing for his party in every seat, he has achieved that.

“Most people choose to look at the negatives first, I have failed at over 1000 things in this lifetime, but all that meant was I was approaching those situations in the wrong way, or at the wrong time, we need to create an Australian culture that celebrates successes, that breeds thinkers and doers and stop telling people they can’t do things and instead ask them HOW they will do things, that’s how growth happens” says Palmer.

Likewise Adamson was equally waving the entrepreneur flag “Entrepreneurs always find a way. They are born leaders who take charge to lead their business to success. Entrepreneurs are proactive, tenacious and resilient, passionate about providing something of value for the people, and the ability to deliver, quickly. What we’ve got in politics now are career politicians with little life experience, working on a cycle of reactiveness and slander that halts progression of this country” he says.

And I have to say I agree with them.