Scheduling meetings faster than ever with new app Foogi 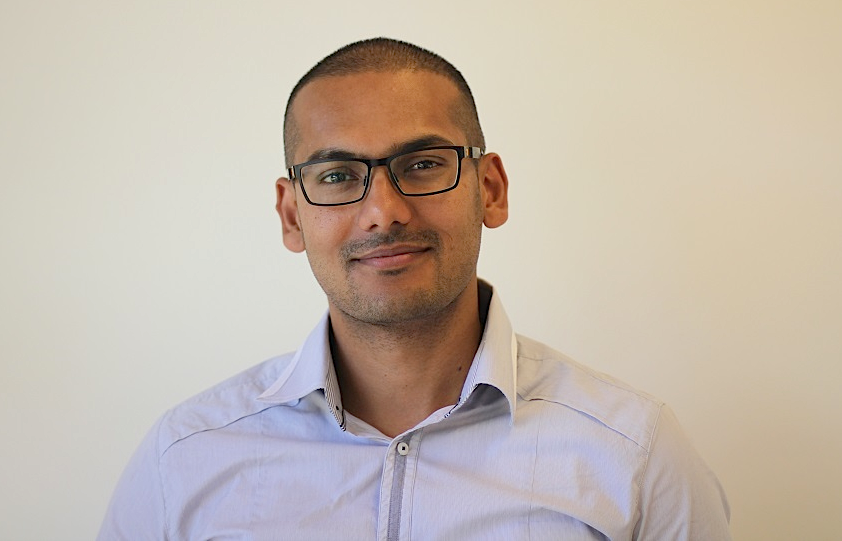 No more back and forth emails trying to organise a time for business meetings. New calendar scheduler app Foogi automatically detects people’s availabilities for fast and easy book-ins.

Users who have Foogi installed on their smartphones can see everybody’s available times in one glance and schedule meetings accordingly. If others don’t have the app, the Foogi user can select free time slots on their calendar and send them along via email. All the recipient has to do is click on the time that works for them to schedule the meeting. The whole process takes less than one minute.

Founder of Foogi, Amit Jaiswal, was working as a business analyst which involved meeting after meeting with clients and stakeholders; and the bane of his existence was organising these meetings.

“Trying to find a time when all parties were available was a nightmare. I tried using tools like Doodle that attempt to make it easier – but they still required constant back and forth emails. Organising a one hour meeting took four hours!” says Jaiswal.

But that wasn’t his only motivation for creating Foogi. He wanted to pursue a career in which he grew as a person and as an entrepreneur.

“I didn’t want to continue feeling like I’m living a stagnant life. I wanted to do something that was fulfilling, that truly solves a problem. And Foogi is just the first solution,” says Jaiswal.

Sometimes bootstrapping is the way to go

Thus far, Jaiswal has forked out $25,000 from his own hip pocket to build the app – a deliberate choice. He says that he’d spoken to other startups who went through the “nightmarish” process of trying to raise funds and found that it wasn’t a feasible option.

“They wasted months of their lives, months they could have spent building the business rather than trying to raise funds. And to top it off, they didn’t even end up getting any funding, so it was all just a frustrating experience,” says Jaiswal.

To kickstart the process, Jaiswal read books on startups like Rework and Toilet Paper Entrepreneur – both of which advocate bootstrapping.

“The messages in the books made a lot of sense, because when you bootstrap you retain control of the company’s direction and it forces you to be more innovative and less lazy. You’re always on the lookout for better ways build as well as market your product,” says Jaiswal.

The market and business model

While the app has broader potential, it is currently being targeted towards salespeople, investors in tech startups, small to medium business owners, CEOs of startups, or anyone else who has to organise meetings outside their company.

“At the moment, the app is not expected to reach people who want to schedule social events. This is because people don’t necessarily put social events in their calendar – it’s not likely that they’ll be adding ‘drinks with friends’ on Friday night. Whereas professionals usually put everything in their calendar,” says Jaiswal.

But he believes that the market will grow as more and more people start using calendars for social events.

The Foogi team felt it was best to implement a freemium model, but power users who use Foogi more than 10 times a month will pay a monthly subscription.

Paid subscribers will also have the benefit of extra features. For instance, for those who don’t want to make their times available for others to view, can filter out what times can and can’t be seen. They also have the option of filtering who can see their availabilities.

“It’s essentially enhanced privacy. We’re working on Linkedin integration, so users will have the option to show their available times to their Linkedin network and nobody else,” says Jaiswal.

In the future, he may implement a model similar to Whatsapp where the product is free to use for one year, and from there forward it will cost a small price of $2 per year to cover the costs of servers.

“At the moment, we’re hoping that people who need it badly enough will subscribe and cover the cost for everyone,” says Jaiswal.

Foogi will also be integrated into apps like Whatsapp and Viber. If, for instance, people are expressing their intent to have dinner or attend a basketball game they would be able to easily jump from Whatsapp to Foogi and determine everyones availabilities. They can then switch back and book a time in.

They’re also looking at a few different distribution channels. They’re building a version of the app for university students which will be free to use, and will allow them to easily enter their timetables into their calendar and determine free times for group assignments.

Jaiswal says they are currently following a lean methodology, and so won’t be hard-launching Foogi until they have a better product-market fit, and have built something that enhances user experience.

Being accepted into Alive Mobile’s Kultura Incubator Program was a great achievement for the Foogi team – not only because they are being mentored by highly successful entrepreneurs, but also because those entrepreneurs are putting Foogi in front of their clients.

“They introduced me to Microsoft and UWS, and we’ll continue doing that with Coles, Woolworths, Apple, and Telstra. It’s a really great way for me to generate awareness around Foogi and move the business forward at a greater speed. If their clients start using Foogi, we’ll be able to grow much quicker,” says Jaiswal.

He has also been speaking to many investors who’ve shown enthusiasm towards the product.

“I’ve had a few meetings, where the investor went in with scepticism towards Foogi, and by the end of the meeting, they agreed to be a paid subscriber once our final product is released!” says Jaiswal.

He is also currently being mentored by Dean McEvoy – who has been teaching him about business sense, growth hacking and how important it is to understand the target audience intimately.

Jaiswal adds that when he spoke to Ernest Kim, Co-Founder of 37 Signals, he was told that “technology is making things available for people who couldn’t afford it before.”

“For instance, startups that can’t afford personal assistants. If you’re offering a technology that does what ‘real world’ assistants would do, then you’re truly solving a problem,” he says.

Outsourcing development was really problematic for Jaiswal, who says that the person who was helping build the app did not provide any helpful feedback regarding the design.

“Their number one objective was to make me (the customer) happy. Their focus was on building everything I say and not questioning me. Their attitudes were like ‘if I do everything he’s asking for, I’ll get my money and I can just finish up the project. Whereas if you find a partner to build it with, they will have the end user in mind,” he says.

“Having said that, it’s not easy to do especially in Australia, because what you’re trying to convince someone – especially if they’re an engineer – is to leave their high paying job and be poor with you. So it comes down to pitching and selling your dream not only to investors but to people who you want to join your company.”

The other challenge was flying solo in the early stages, when it would’ve been much better to start building a team.

“Startups should fInd a good team very quickly because it’s extremely overwhelming to do everything yourself because you’re worrying about everything. If you form a team, you can let go of some of those responsibilities. That’s something I should have put more time in a lot earlier,” says Jaiswal.

Foogi went from a one-man startup to a solid team of eight – four interns, two partners and one employee.

Previous article How many versions of ‘entrepreneur’ do we really need?
Next article And the winner of Shoe String Startup of the Year 2013 is…
Via Profiles
Tags Alive MobileAmit JaiswalAppAustraliacalendardean mcevoyFoogiKulturameetingmobile appschedulesmartphonestartup