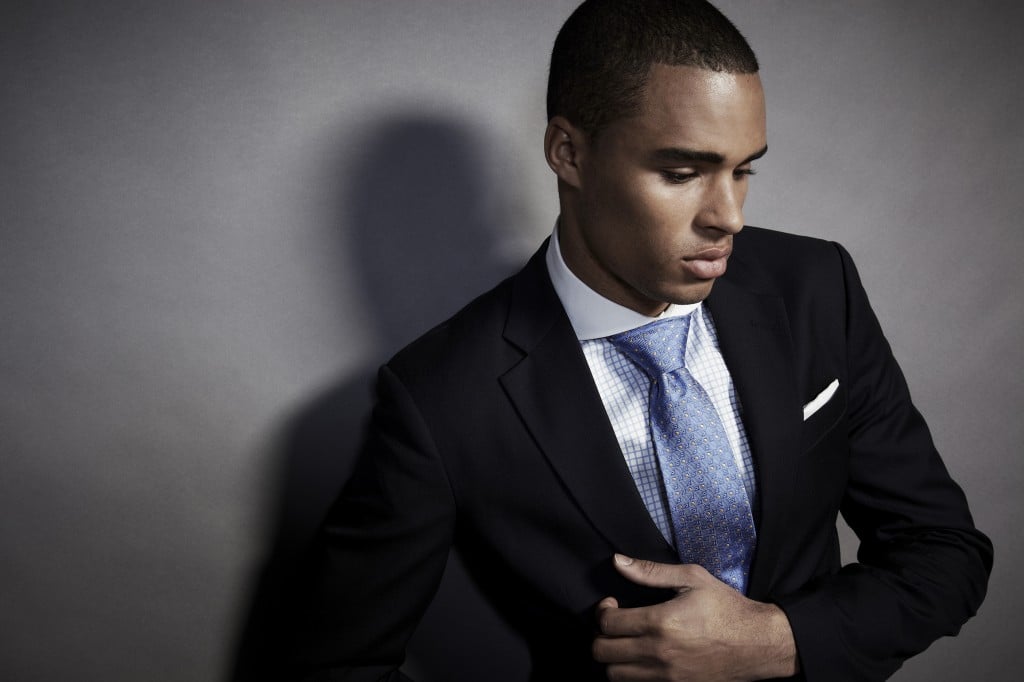 Say goodbye to ill-fitting suits, because you can now look a million bucks without paying the price or spending hours shopping for the best fit. InStitchu is a rapidly growing online platform enabling men across Australia to design, and create their own customised, tailor-made suits at a fraction of the cost of what you’d find on the racks of bricks and mortar stores. It’s part of a new wave of online retailers built around self-design and customisation.

InStitchu was founded in 2011 by two under 30 Australian entrepreneurs James Wakefield and Robin McGowan, who were working their way up the corporate ladder before the idea behind the business emerged.

Everyday, on their way to and from work, the co-founders noticed how many men in the city were dressed in ill-fitting suits. They soon learned that for many of these men, the high cost of purchasing a professionally tailored suit consigned them to ill-fitting off-the-rack items.

“Many of the younger guys looked like they’d borrowed their dad’s suit for the day. We began to see men wearing bad-fitting suits everywhere we went, at parties, functions and even weddings,” says Wakefield.

“We assumed that some had not realised, and others just didn’t care, but for many of these men, the sheer price it was costing to purchase suits was too much to bare, so they were consigned to ill-fitting suits purchased off the rack in standard sizes.”

When a friend of theirs came back from a holiday in Asia wearing a beautifully tailored, quality suit purchased for next to nothing, it gave them an idea.

“We set about creating InStitchu, a business that would enable Australian men to look a million bucks, without paying the price,” says Wakefield.

InStitchu now enables users to design, customise, and purchase their own tailor-made suits – encouraging customers to put their creativity to good use. For those who need a little helping hand, InStitchu also tries to educate customers wherever possible about various styles and looks that are appropriate for different situations.

“Ultimately we want to give them the freedom to create something truly unique and something that reflects their personality in some way, shape or form,” says Wakefield.

Because Institchu cuts out the middleman, they’re able to pass on cost savings to customers without compromising quality.

Their supplier in Shanghai employs 30 Savile Row-trained tailors, who Wakefield and McGowan believe are the best in the business.

While being online gives them an advantage – especially when it comes to convenience – the co-founders are also aware that they need to work harder at providing the customer with complete confidence in the product. This is because customers aren’t able to touch or see the garments prior to purchase. As such, InStitchu has implemented the ‘Perfect Fit Guarantee’.

“Unlike standard suit shops in Australia, that charge extra for alterations, we take this cost on board. If a customer does need to make alterations, we are then able to update their measurements to our cloud-based software to ensure future purchases are perfect,” says Wakefield.

“If a customer is still not happy with their garment after making alterations, then we offer to remake it from scratch for free.”

They also created a video series explaining how to self-measure so customers are able to their own measurements with confidence.

As a made-to-order business, InStitchu keeps very little inventory; and being online means they have few overheads.

“This has allowed us to be cash-flow positive since day one and allows us to scale quickly,” says Wakefield.

In a little over a year, InStitchu has served thousands of customers from across the world, and delivered over 40,000 designs. The feedback has been positive and Wakefield believes this is an indicator that they’ve got the right offering.

“From personal experience we know how frustrating suit shopping can be, and we knew that we weren’t alone. We worked hard on making the website design intuitive and as easy-to-use as possible so that suit shopping could be an enjoyable, stress free reality,” he says.

The team has grown from two to nine members (seven in Australia and two offshore). Wakefield says they hired their first team member when the workload became overwhelming, and quickly realised that one of the most important ways to secure the success of InStitchu would be to surround themselves “by amazing, like-minded legends.”

The biggest challenge the business faced initially was convincing the Australian public that it’s safe to purchase a tailor-made suit online.

InStitchu offers Free Worldwide Shipping; and in the event the product is anything but perfect they will pay for the garment to be altered locally have it remade free of charge if it cannot be altered, and give you a full refund if you’re still unhappy with the fit.

Wakefield’s advice for startups is to avoid having websites made offshore, unless they’re very simple websites. He recommends a hybrid approach – using both onshore and offshore developers to create the website.

“Find a good local web developer who you can meet with face-to-face and who you can work with to build the website. Despite what you may think, building the website is an ongoing process and the end result will be vastly different to the website you initially laid out in the project scope,” says Wakefield.

He adds that there are many aspects of the development that are far too intricate and complex to discuss simply via email or over the phone. Some tasks are better designated to the local web developer and others to the offshore developer.

“The end result will be the same as having the whole site done locally as the local developer will work with the offshore team to ensure that the quality is up to their standard,” says Wakefield.

Confident with their offering, InStitchu is now focusing on spreading the word and generating greater buzz around the business.

Have a look at their site via www.institchu.com.

Previous article The Kitchen Bench: New online network for everyday cooks
Next article Startup of the Year 2013
Via Other
Tags AustraliabusinesscustomisationDesignecommercefashionInstitchuself-designstartup