I was a know it all, that needed to learn a big scary lesson. 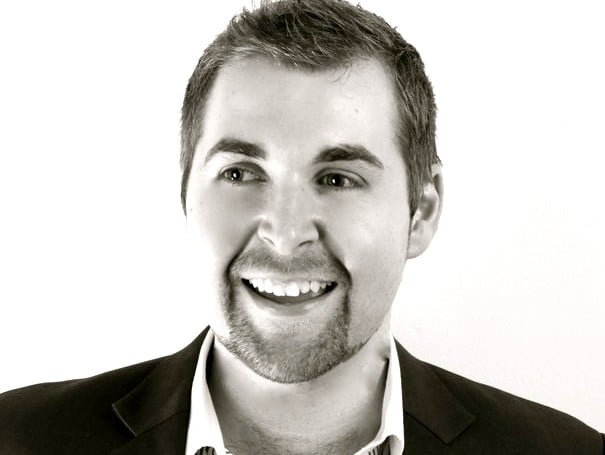 I don’t think I ever understood the term “burning platform” until about four months ago. I had obviously heard it, and I had even used it with staff over the years, but I don’t think anyone will ever really understand it until they are knee deep inside it. As those quite close to me would be more than aware, the last five months have been some of the most difficult that I have ever known since starting my business, they have also been some of the best in terms of my personal growth and shaping of the future of my business, which has included really defining “what we do” and “the big hairy audacious goal”.

Around five months ago I was not managing our business in a way that was productive, in fact we were quite disjointed and I made some decisions that were less than desirable for the business. This caused some major strain on myself financially, it caused a massive strain on the relationship with my business partner at the time and if I am really honest it caused a massive amount of stress on myself both physically and mentally.

Without going into the pretty intimate and private details I ended up going through my first (and hopefully my last) business break up. I have always been quite a stable person, I live my life loud and let everyone know what I think about things, I think this is a strong attribute to have because it means that I never internalise problems. I have only ever had one relationship break up before, it was bad, but was gotten over easily – probably because it wasn’t a long term, meaningful relationship – but if there is one thing I do know now, it’s that I do love my business, or at least I love and have such a level of passion for the grand idea behind it, that when I was faced with the prospect of literally losing everything I had built for the last two years, I felt what true panic attacks and overwhelming dread were actually like to experience.

I had been denying the cracks for so long in my business, even to the point of not soaking in what my accountant was warning me about that eventually the cracks turned into a massive sink hole and took everything down with it. My head space for exactly 6 days in April this year was fucked, a lot happened. I found myself in a situation where I was in mediations fighting for my business, hiring lawyers I couldn’t afford, being chased by debt collectors for payments, having panic attacks walking down the street, crying on the phone to my parents and in turn stressing them out and pretty much just being mental in general.

This was a situation of enormous proportions compared to what I had come up against in the past, no phone call to mum and dad was going to bail me out of this one, the stakes were higher than $100 for petrol money. It was the start of what I see now as an initiation into being an actual responsible business owner and founder, free of the safety net of having my parents there for back up which they had been for the past two years when things went south.

At the end of April I had managed to reach an agreement with my business partner that had significant costs, like tens of thousands of dollars worth of “how the fuck am I actually going to afford to pay this amount of cash for shares, legal costs and other day to day expenses for the business” type money. I had no options available to me for a quick fix this time, it was sink or swim.

Sink or Swim has a whole new meaning in my life now. The only way I was going to be able to get out of the shit, was to sell my way out. I always thought I was pretty good at sales, but looking back I was also pretty good at making excuses as to why I wasn’t making as many as I knew I could be. To be honest I had always been smug about my sales ability and thought I knew everything about cashflow management. I didn’t, and this was a lesson that only was able to be learnt after the universe made me listen properly by making me go through a big scary and expensive lesson.

When I told people close to me about the money I needed to come up with in such a short amount of time, I had three different types of reactions. Some people genuinely said that this was just a small bump, an exciting chapter in a future book. Others said I should just shut the business down, that it wasn’t even a successful business anyway and I should just find a job and then there were my parents, who had the “parental reaction” – and so they should, their’s was a reaction of worry – if I couldn’t come up with the money I would have to basically bankrupt myself. During a conversation my Dad said something that to be honest was more of a throw away comment, but it cut me deep. He told me I didn’t really have any business acumen, but I was a good idea’s man.

This may sound odd, but that almost identical quote from The Castle was what I needed to hear, it was accidental honest feedback, and I wouldn’t mind betting that many people who have crossed my path have said the same thing behind my back.

My book keeper and my accountant and myself have become very tight since the events above, as they say, accounting is just telling the story of your business using numbers instead of words, and I now understand what I am doing, sales is only one part of the equation and mean nothing without a proper spending plan in place.

A burning platform turned my passion for what I did into fight, and fighting for something with a very real chance of losing it takes an entrepreneur to an entirely different head space and level of motivation. I hope none of you have to go through it, it sucks. However it was exactly what I needed to gain clarity on why I started the business, what my purpose is and how I am going to reach the big goal I am striving for.

Ignorance is not bliss

I am not one to get all “listen to the universe” on you, but I will say this. I do believe, if in life we need to learn a lesson, gentle reminders keep on coming up and it is always better to give them your full attention as opposed to ignoring them and causing the world to beat you to a pulp instead of just settling for a nice manageable slap across the face.