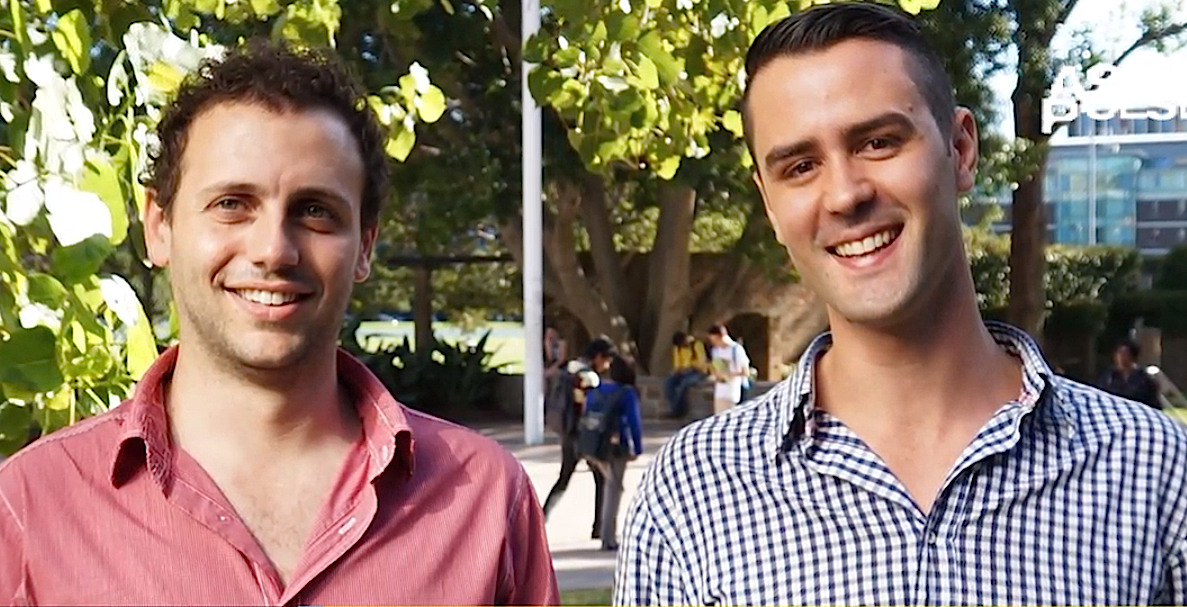 Clean-technology startup Zenogen is setting a new standard for innovation in Australia – beyond web- and mobile-based technology – by making the zero-emissions method of producing hydrogen commercially viable. The company has raised a total investment capital of $435,000 and has received praise from investors in the US.

Co-Founder and COO of Zenogen, Alex Metelerkamp, spoke exclusively with Shoe String about the technology, the company and why Australian Universities should encourage commercialisation of their technologies.

Neuroscientist Daniel Zafir and mechatronics engineer Alex Metelerkamp are the brains behind a technology that’s set to disrupt global energy markets by making zero-emissions hydrogen production economically viable. Their solution – graphite electrodes for water electrolysis – overhauls the need for expensive precious metals such as Platinum that are currently being used and consumed during hydrogen production processes.

The startup journey: From technology to commercial reality

They participated in ATP Innovation’s three-month accelerator program, Ignition Labs, where the scope of the company became clear to them. At the end of 2012, they spoke to investors in the US who expressed enthusiasm towards the technology, and encouraged the pair to raise angel investment and prove the concept before returning to them.

“We did exactly as they said. We raised an investment round in the first half of the year from angel investment group Sydney Angels. This has really enabled us to spend the next 12 to 18 months proving what we believe our technology can do and quantifying its impact,” says Metelerkamp.

They’ve raised a total investment capital of $435,000 and will use the funds to demonstrate the value of their technology to both local and international companies.

“We believe our technology will become a viable energy storage medium for renewable energy; and we’re bringing the cost of hydrogen production with zero emissions down into competitive territory with the current method of production which has high carbon emissions,” says Metelerkamp.

“We are now in ongoing technical dialogue with everyone we met with, and we’re looking at developing demonstrations for all our potential customers,” says Metelerkamp.

Investor and newly appointed Director and Chairman of Zenogen, Donald Bunnell, says Zenogen’s carbon-based technology stands to save electrolysis-based hydrogen producers a proportion of the billions they spend every year.

“Zenogen is definitely an industry changer – both in the chlorine space and in the hydrogen space. You’re talking about significantly cheaper materials and greater efficiencies,” he says.

Bunnell, who has a thorough understanding of the energy industry and extensive experience helping startups achieve scale and success, will guide Zenogen through the its expansion plans and help provide access to further capital funds.

Zafir and Metelerkamp see Bunnell as one of their biggest assets, and are thrilled by the value he will bring to the company.

“There are people who come to you with just money, and that’s the most that they can give you. It doesn’t really get your business any further. It’s great to have an investor like Donald on board, with a depth of understanding in the clean-tech space and the ability to raise capital,” says Zafir.

Agreeing with the sentiment, Metelerkamp says that now that they have Bunnell on board, Zenogen is able to enter the next stage in the evolution of the company.

“We’re at a point where we can start understanding how the market works and where we fit in the value chain. We have a great team and now with Donald on board, we have the right minds to figure it all out,” says Metelerkamp.

“So far, we know from our discussions with big companies who are spending an enormous amount of money to produce enormous amounts of gas, that even a small impact on their costs is a very very big number.”

While their biggest challenge was entering the global market as a small startup company, the Zenogen duo have become very good at articulating their value proposition.

“I think the size of your challenge is proportionate to the size of your impact. It’s a very big impact that we’re trying to have, so right now we’re focusing on how we can take something that started off in the laboratory onto the world stage,” says Metelerkamp.

One of greatest possibilities Metelerkamp envisions is the impact Zenogen will have on Universities that have formerly overlooked the value of commercialising their technologies.

“I’ve been very passionate for a time long now about extracting technologies of global impact out of Universities and into the commercial space,” he says.

“I think it’s exciting particularly for University of New South Wales to have two of their graduates founding a company that is commercialising a technology built [on campus].”

He adds that while Australian academics publish scientific research at almost twice the OECD average, historically “the commercialisation of that technology has been woeful”.

“In order of magnitude, Australia ranks worse than North America and Europe. So I think it’s really exciting that we’re doing this; and hats off to the University of New South Wales for going out on a limb and licensing the technology to our company.”

Metelerkamp is keen to see more Australian Universities enable their technologies to be paired with graduates for local and global commercialisation. He points out that this model has worked very well overseas – particularly with Ivy League Universities like Stanford and MIT.

“Australia has all the ingredients it needs. We have entrepreneurs; we have a government that is conscious about enabling innovation and entrepreneurship. It’s definitely not the case that we don’t have entrepreneurs here; it’s that they get drawn away,” he says.

“It’s a personal flag that I’m waving quite vigorously, to work with universities and incredible communities like ATP Innovations to bring those technologies to market because we really do have world-changing technologies in Australia – especially in Universities.”