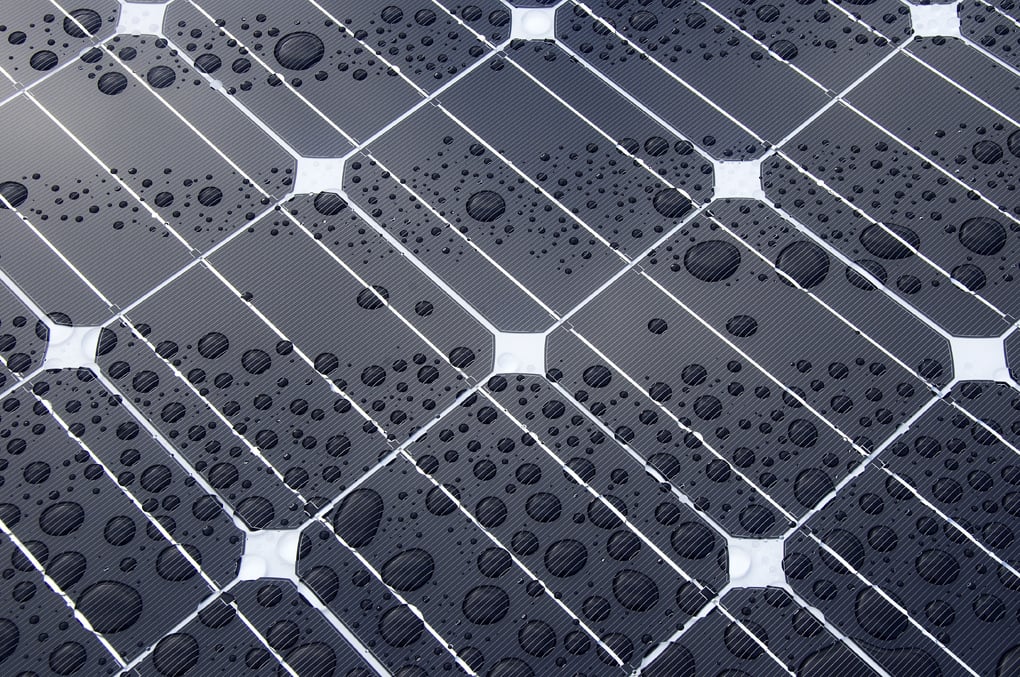 Unlike ‘old school’ electricity providers in the market, Excellence Solar is rolling with the times when it comes to energy innovation while putting their own spin on business.

James Mawson, Co-Founder of Excellence Solar was always captivated by the idea of solar power. As a little kid he was intrigued by space travel – magnetically drawn towards the solar modules found on many spacecraft launched in the US. Not long after, Mawson was using solar “to power the sprawling metropolises [he] was building in SimCity.”

“But for a long time, my enthusiasm for solar was much like my enthusiasm for watching Star Wars – something futuristic and science fiction-y that seems interesting … but not enough to take over my life” he adds.

In 2012, an opportunity stopped by that allowed Mawson to move beyond mere admiration to a more hands-on career working with solar photovoltaic technology (which generates electrical power by converting solar radiation into direct current electricity).

So how did it all begin?

Mawson’s background in IT led him to transition into a career in internet marketing. But managing SEO campaigns for Melbourne-based businesses was far from thrilling, leaving him yearning for an alternative. When he received an impeccably timed phone call from his good friend Drew Devlin suggesting a business partnership, Mawson was quick to jump on board.

While Devlin’s had many years of experience working in large solar installation businesses, leveraging the internet to attract new customers and engage with existing ones was a challenge. This is when Mawson’s expertise came into play.

“Unbeknownst to me at the time, it was dawning on Drew that this business he was involved with was hamstrung by the fact that they could neither make nor implement decisions anywhere near fast enough to be commercially effective,” says Mawson.

Mawson’s advisory on how best to use the internet to fast-track business growth inspired Devlin to proposition a business partnership. Mawson could see that being a co-founder of a business would afford him the freedom and incentive to do something more creative and challenging.

“I could also see by looking at the relatively Neanderthal approach to the internet that most solar installers were displaying, that there was incredible potential to make an impact in this niche,” he says.

But that’s not the only reason the entrepreneur duo went into business. A close analysis of statistics around solar energy made a compelling commercial argument for the technology.

“With electricity prices rising as high as they have (roughly 13 percent a year), and solar equipment dropping to the spectacularly low prices we now enjoy, going solar is now dramatically more affordable than not going solar,” says Mawson.

And then there was the commercial potential of solar power that made Mawson want to be more than just an enthusiastic onlooker.

“In one way or another, the sheer weight of the money on offer for those who get these decisions right was going to see panels and inverters go on houses and businesses throughout the country, and here I was with the magnificent fortune to be offered a superb opportunity to be part of that,” he explains.

“The possibility that we might be helping to save the planet is also a rad little bonus.”

How is Excellence Solar disruptive?

Mawson explains that investments in peaking gas plants and other “old school” electricity sources are reliant on wholesale electricity prices rising to a high point on those hot summer days where we all like to pump up our air conditioners on full blast.

“It’s from cashing in on these prices that a gas plant hopes to repay its capital costs,” he adds.

This new era of affordable crystalline panels is expected to overhaul this because hot, sunny days are when solar photovoltaics perform at their best.

While solar photovoltaics were invented in 1958, affordable solar is still relatively new. If fossil fuel backers don’t accept that solar energy is now price competitive, “they are going to get caught with their daks ’round their ankles when they realise far too late that this is no longer true.”

“If you keep an eye on the news you can see that many of them are already whining like six year old girls who have just discovered they can’t have any ice cream and I expect them to become ever louder and more histrionic as they look on helplessly while their rich tapestry of carefully considered investment decisions unravels right before their eyes,” Mawson adds.

Excellence Solar differentiates itself from its competitors by offering “a completely bespoke service, tailoring each system specifically to the exact circumstances of the customer.”

On top of that, they deliver “flawless customer service”, and make no compromises on the quality of our components or our installations.

“We can do this at a price comparable to what all the “Kentucky Fried Solar” operators will charge you for one of their one-size-fits-all systems that might have very little in common with the rig that would actually work best for you,” says Mawson.

Excellence Solar has developed a concept called the “Excellence Experience”. This is an ethos that underlies their work. Simply put, whenever the Excellence Solar team are faced with decisions about how to go about their work, they put themselves in the shoes of the customer and consider what they would want from an installer and act accordingly.

“We’ve noticed that many customers are waiting weeks, months, or even half a year for their install to be completed. This is not only aggravating – it’s expensive, as you’re still paying full price for power while the gear you’ve spent good money on is left to mature in a warehouse,” says Mawson.

“To this end, we have developed our Speedy Service Guarantee. No other installer comes even close to offering such a bold, comprehensive and ironclad guarantee of installation speed.”

Bootstrapping was not a decision Devlin or Mawson had to agonise over. There are a number of reasons for this. Mawson’s background in IT meant that setting up a web presence would only require a fraction of the cost that other solar installers would have to pay up.

Another reason is that the entrepreneur duo didn’t want to go down the path of purchasing and managing a large inventory of equipment.  A key component of the Excellence Experience ethos is to select the right gear to suit the unique circumstances of each customer.

“Solar installers typically offer one or two lines of inverter and panels, and that’s what the sales reps have to sell, regardless of whether it’s actually the best thing for the customer … [Plus] the gear doesn’t make you any money just sitting in a warehouse. Going down this path can also lead to installers maintaining stockpiles of severely out-of-date equipment,” explains Mawson.

“We’ve also drawn a lesson from watching installers grow fast and import gear by the containerload, enjoying superb margins but ramping up their overheads and their sunk costs at the rate of knots too. This leaves them unable to weather downturns, which are inevitable in an industry like this where prices are so volatile and where governments keep changing their minds about policy settings. We’ve built a business that can roll with the punches.”

Devlin and Mawson also chose to bootstrap for the benefit of their customers and their warranties.

“One of the dirty secrets of Aussie solar is that with so many businesses having an extremely short lifespan, not every customer is going to be able to get their warranty support when they need it. We’re pretty keen on being around for the long haul, and we’ve taken care to structure our business in a way to ensure this, however we feel it’s good for our customers to have more to rely on than our assurances,” says Mawson.

“If worse came to worst, and by some freak chance both myself and Drew were to die in separate but simultaneous toasted sandwich making calamities, our families will no doubt grieve but our customers will still be looked after.”

The final reason for bootstrapping is that the entrepreneur duo had concerns that bringing in outside capital would create pressure to grow too fast. Devlin and Mawson were interested in sustainable growth – rather than growth at all costs.

“If the volumes we handle were to rise too far, too fast, then we conceivably might have to be less selective about the customer service or the installation talent we engage. This could make for a good payday in the short term, but it would dilute the value of the Excellence Experience which is not in our best interests longer term,” Mawson explains.

With Mawson’s experience in internet marketing, they started off with PPC and organic search. But they found word-of-mouth referrals to be the strongest source of inquiries.

“The first few months of the business accounted for the majority of our orders while our other lead generation systems were still being set up. It’s definitely a big part of our business strategy to create an army of satisfied customers who are thrilled with their experience and have no hesitation recommending us to their friends and family,” says Mawson.

Founding a startup is like an emotional rollercoaster ride

Describing his experience of founding a startup as “an emotional rollercoaster”, Mawson explains that sometimes you win and things get exciting; but at other times, even if you’ve been working your brains out, the business remains stagnant, making you feel as if you’ve been slapped in the face.

“In a strange way, both of these experiences can feel unexpectedly similar because once the initial emotional state fades they both leave you completely exhausted at the end,” he adds.

Excellence Solar plans to diversify where customer inquiries come from so that they’re “less at the mercy of the search engine deities.”

“We’re going to look at ways we can be less hands-on in the business without compromising on the quality of our installs or the customer experience, letting us scale up without placing the standard of our work at risk.”