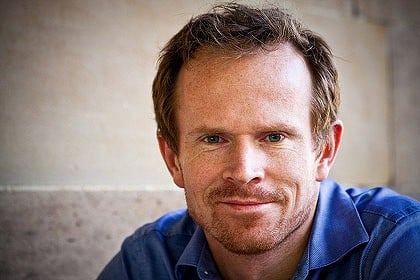 After 2 years of growing a startup in a new category we have flearned*  a lot about marketing, selling and servicing business customers in a lean way. WooBoard is a B2B online software tool that facilitates daily, positive, peer recognition in the workplace. It’s a busy, growing space with no real winner yet.

WooBoard is a startup that came out of the Pollenizer incubator in Sydney which has celebrated focus, speed and lean for more than 5 years. WooBoard started with the premise that by recording recognition it would make the workplace more productive. First step was to call 10 known people in companies we believed would be interested. Four of them said yes to a very manual pilot trial via email, plus we ran a pilot at Pollenizer with 3×5 cards and stickers. Both of these quickly taught us a few key things: Everyone loves the idea of recognition, recognition means different things to different people and a single system that suited a lot of companies was not going to be easy.

Challenged and excited by the results of the manual testing we wanted to be sure that this wasn’t just something nice, but was a big enough problem to pay for. We put together a deal: $100 for a lifetime licence for 20 people plus a free t-shirt. The goal wasn’t the revenue but to see if people would put money across the line. It’s terribly simplistic but we sold 8 deals in a few days, had more confidence that people would pay and had 8 trial customers.

At this stage, less than 6 weeks from the conception of the idea, we were also talking to some investors. Startups are often easier to sell on the dream than the reality, especially in the valley of death, though of course the valuation isn’t great. I’d rather have the capital to provide the runway and keep up momentum then to spend weeks of time haggling over percentages. We were very lucky to get Elevation Capital to buy into our vision and they have been supporting us amazingly every since.

While all this was happening on the customer side, the engineer and designer were building our the first version of the product. It was very simple and a number of the Pollenizer mentors said it was a feature not a product, despite understanding that we had a bigger vision for where we wanted to go. Regardless it was well worth using the base product ourselves and getting in the hands of some customers. We saw quickly that it was easy to use and understand, but also learned more about the different types of customers we would have to consider in targeting, product, marketing and selling.

Small and large firms were very different. IT, HR and line managers were very different. And even within each team there were people who really liked the total concept, people who just wanted to get more recognition than others, people who wanted to give more recognition than others and people who thought that recognition was fine being occasional and face to face. We had to choose who were were going to target. If we tried to please everyone with limited resources we’d end up not pleasing anyone and languishing as many startups do.

We’d flearnt over the years that spending too much time thinking about who to focus on was almost as bad as not focusing. So we quickly selected owners of small companies between 20 and 100. Our logic was that at least we’d get to a decision maker quickly and whilst it wasn’t much revenue at least we would be getting regular feedback. Larger companies have longer sales cycles (3 months to 3 years) and are less likely to take risks.

We attacked these customers via PR and google ads and got 600 trial companies with less than $2,000 spent and importantly did it in less than a month. Speed is critical. We converted about 50 of them into paying customers, used that traction to raise $500k from a few good angels and Southern Cross Venture Partners who have also been great supporters.

Another lesson at this stage was supporting departments within larger companies. We are good friends with the Atlassian co-founders and know their story well, of selling to lots of small departments and growing into the enterprise. For us the initial signs looked good. A few managers finding us, putting us on their credit card and rolling out to their team. But almost every time, a few weeks later we’d bump into issues. Either HR would say they already have a system (that typically no one used) or that it was “just too risky to let people share recognition” (if you can believe it). We also had IT departments block us or require us to make changes to our product in order to fit their browser requirements and even one demand to integrate with Lotus Notes. Either our product is different or the world of SaaS has changed, but small departments were starting to have all the pain of large companies but with 1/100th the revenue.

Early lost customers and saying no

After a few months we had our first customer leave us. Some just faded away without telling us why, but talking to others we flearned that it was a good boost but lacked depth, needed to be integrated or would be something they used a few times per year in peak periods. Similar to large companies, it was important for us to say no to some of these customers though it meant lost revenue. By chasing a few we may lose the rest. Which to focus on? There is not exact science to this, but combining the data you have with your gut instinct and some short, frank debates again it’s more important to make a decision than languish without one.

With strong resolve to focus and some good paying customers we decided to be bold and demand payment upfront. It failed. We probably didn’t sell it well enough before the payment but we also realised that most of our customers had never bought an employee engagement or recognition system before. We had to really think about the consumer pre-buying behaviour and realign.

Where to focus – enterprise or SMB?

Relaunching (again) we starting picking up traction. Our networks were surfacing lots of bigger prospects (corporates with 1,000+ employees) and our online marketing was giving us SMB leads. We were faced with the same challenge again. Do we go after the big companies with big budgets and big sales cycles or do we go after small companies with less revenue but quick decision making. We went with SMB’s because at least we would be getting regular feedback which we still needed. It has been hard though as some of them still need help to get off the ground. In the end, it was the right call as the speed of learning was more important than the revenue (and likely the revenue wouldn’t be as easy as we thought.)

From day 1 we had interest and customers from outside of Australia. We naturally tended to target Australian companies due to our networks where many of our early good customers came from.  Also we really liked spending time sitting next to our customers which made us more local. We had one big push to move everything to the US that fell through due to terrible luck and we’d be very different if that was how we went. Perhaps subtly, our product leans toward the Australian culture, though we still have customers in the US and Europe. This might inhibit growth, but may be worth the increased response from Australian companies in the mean time.

Where are we now?

Right now Wooboard is steadily growing and steadily creating a stronger product/market fit. 1.5% conversion from visit to trial, 60% conversion from trial to pay and 90% retention. We’ve got supportive investors who give us some patience, and a hungry team which gives us drive. It’s a long road but we believe in what we’re doing and know we can do it.

* To flearn is to learn through failure, a good and necessary thing. http://flearn.org

Mick was a driving force behind Kazaa, Tangler, Pollenizer and Startmate and has worked hard to support the local startup ecosystem. He's now entrepreneur in residence at muru-D.