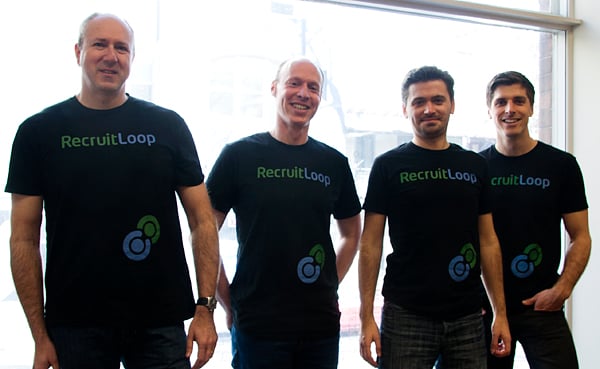 RecruitLoop breaks from the traditional agency model, giving employers flexible recruitment support at an hourly rate, to slash the cost of recruiting by up to 80%. The online platform includes innovative new technology for recorded video interviews, also the first of its kind in Australia. Put together, employers save thousands of dollars and hours of time recruiting new employees.

This week they have announced they have closed a $500,000 seed funding round which has come from private investors in Australia, Singapore, the UAE, and Europe.

RecruitLoop has now opened an office in San Francisco, to drive continued growth and funding opportunities, with Co-founder and CEO Michael Overell relocating to the US to spearhead the launch. “The injection of funds has allowed RecruitLoop to expand and tap into the North American market where we are gaining exciting early momentum, we’re incredibly excited that our investors share our passion for making RecruitLoop the #1 marketplace for any employer’s hiring needs”.