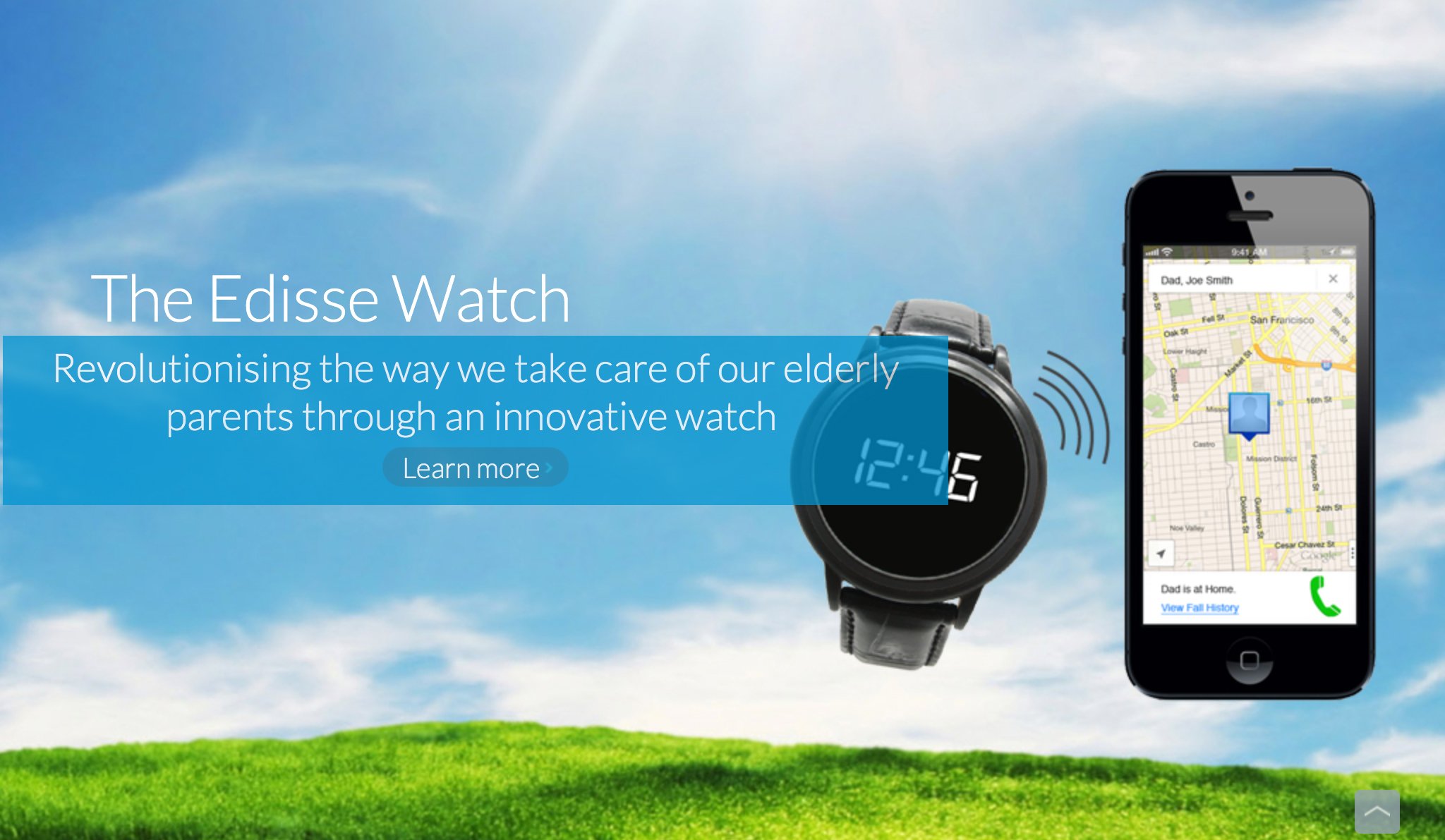 There’s a promising new technology in the making that will revolutionise the way we take care of elderly people who are prone to falling down and experiencing serious injury. So let us be the first to introduce to you, the Edisse Watch.

A team of young Aussie engineers and computer scientists are on a mission – to save the elderly from significant injury and even death due to delayed medical attention.

The Edisse team have done their research, and found that there are 3 million people aged over 65 in Australia, and 1 in 3 will experience a fall that results in injury.

As stated on their blog, “Statistics show that falls are one of the leading causes of death by injury and the current solutions are woefully inadequate.”

Nicholas Tong, 22, Co-Founder and CEO of Edisse says, “We didn’t want to build just another social application. We wanted to build something that actually helps people.”

“We discovered that falls were a massive problem and that the elderly market has been stagnant for ages – the people in it really need a better level of care.”

Unsurprisingly, the response the to idea has been very positive, especially by those who are frustrated with current technology – such as VitaCall – which acts like a panic button, but is limited in range by a base station, can be easily forgotten or left behind, and more importantly, if the elderly person is knocked unconscious, they will be unable to press the button for help.

Nursing homes have been known to go to extreme lengths to address the problem – for example, by tying elderly people to chairs and beds to prevent them going for a walk and falling down.

So what’s different about the Edisse Watch?

This new technology automatically detects falls and notifies relevant people of the occurrence with all the relevant information – in real-time – allowing for faster responses. The watch is always active even if the wearer is incapacitated.

Unlike a typical panic button with limited radius coverage, the Edisse watch has a SIM card built-in which allows for near-global coverage.

The technology allows you to track the wearer from anywhere in real-time using simple smartphone or web applications.

While the technology is promising, obtaining funding in Australia has been difficult – “especially as a hardware startup.”

They have, however, managed to receive backing from NSW Innovate in the form of a grant.

The team have completed their first prototype in just three months, as well as their baseline fall detection algorithm.

The technology will be available in the market towards the end of next year, and it’s one we should keep on our radar. Not only will it help the elderly, but people suffering from all kinds of disabilities.