Coming out of the closet, but jumping the fence #auspol 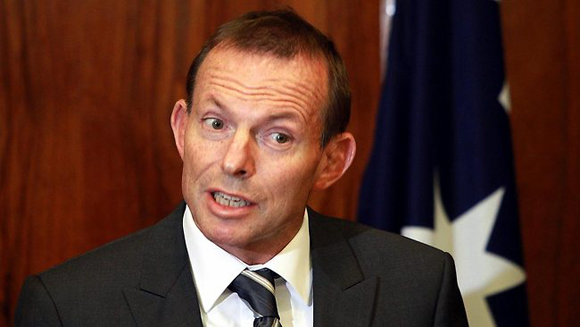 This article is the first time I have ever announced this in a public forum, but it’s time for me to come out.

Since the age of 23 I have been a Liberal voter, and whilst not a member of the party in any official capacity, I support as a general rule, majority of their policies and their views on the economy in Australia.

But today, for the first time, I am thinking about jumping the fence, and it bothers me that I am thinking of heading down this path because as a business owner and more specifically someone in the startup and tech space, I really feel that the Liberal party are probably going to be better at supporting the #startupAUS space we are aiming to grow over the next four years and beyond.

But yesterday, things got personal. For the record I actually have never cared that Mr Abbott vocally opposes and disagrees with Marriage Equality, it might be true, it might not – people on all sides of politics with an ambition to hold the highest office in the land will often take stances they need to on subjects they need to in order to secure partnerships, dollars and numbers. It’s a bit shit, and all a bit Game of Thrones but at the moment Aussie politics is what it is.

I have never seen the Liberal party as an anti-gay party either, in fact I have met more sword swallowing hardcore libs than you can poke a stick at over the years, and Marriage Equality (although painfully slow) will be passed as the next generation of politicians emerge in the lower and upper houses, who have a different set of values and view of the world when it comes to, well life.

However yesterday Mr Abbott you made this comment on radio “I’m not someone who wants to see radical change based on the fashion of the moment.” Read more via Sydney Morning Herald.

And I was pretty offended, and I don’t get offended easily. In fact I am far less offended being called a faggot than I was by that statement, and let me tell you why.

There is a huge difference between being hateful to someone and making someone feel they are invalid. The latter cuts deeper.

Whenever any of the students or teachers were hateful towards myself or the handful of other obviously gay kids during high school, I intuitively knew from a very young age that hate spouts from other insecurities and always chose to use that energy to propel me forward and work towards my goals. Hate, once you step back and look at a situation objectively, is relatively easy to overcome and move forward from, particularly if you are the product of a strong support network which I was blessed to be.

The statement you made yesterday Mr Abbott, whether it was meant in this context or not, were words that were worse than those spouting crazed religious and extremist rhetoric, because you more or less said that same sex love and the campaign to have commitment between same sex couples lawfully recognised was a fad.

Tazo’s were a fad Mr Abbott, Tamagotchi’s were a fad. Showing your ankles in jeans (unfortunately) is something that is in fashion at the moment – but saying that same sex love is in fashion, invalidates same sex attracted members of the community and tells us you think that we are “less than” those that follow more traditional values.

No matter how good your core team is Mr Abbott, and I do believe you have the strongest one – the 14 year old me that made a promise to myself to never let anyone say anything to make me feel insignificant or invalid in this world, can not vote for you. To do so would be doing a disservice to that teenage kid, sitting in a class, in every high school, in every town in Australia right now who suddenly has a moment of clarity and realises his thoughts and feelings towards the same sex are not a phase, but who he is. I think it is my duty to vote in a way that makes it easier for him.

Unlike startups who can adapt to government legislation and find a way to grow their business, gay kids simply can’t pivot.