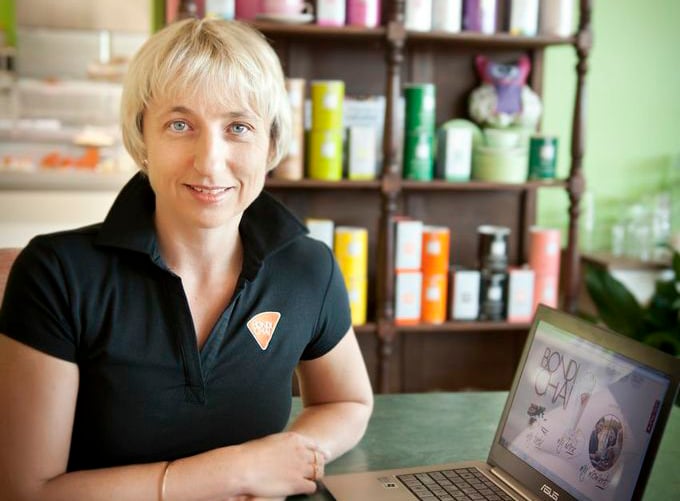 Not long after its inception in May, 2005, Bondi Chai earned its reputation as Australia’s ‘gold standard’ chai latte. Steady growth and popularity over eight years affords them the opportunity today to expand into the retail space, selling their product range in supermarkets across Australia.

Melissa Edyvean and her partner Martin Buggy are launching Bondi Chai into mainstream retail with their single-serve sachet sticks. The new product is currently selling on shelves in Woolworths Australia-wide and will be available in Coles stores in late August.

Now selling over half a million serves of chai a month in Australia and generating export orders in a growing number of countries, including India – the home of ‘chai masala’ which is the base ingredient in chai latte – leaping into business was a smart choice despite no prior experience.

Since its launch, the Bondi Chai duo set themselves the goal to grow 30 percent every year. But as the business got bigger this goal became harder to achieve.

“We would look at our existing market and where we could grow it and then look at other markets where we could find new customers, and then we talked to anyone who would listen to us,” says Edyvean.

“It has taken us more than 3 years to get into mainstream retail so we’ve always had short term goals to keep us focused while we worked on the long term goals.”

Expanding into the retail space was not just about responding to customers who have been expressing their desire for Bondi Chai be available to drink in the convenience of their own homes, but also to build brand recognition and help chai latte drinkers learn the differences between brands and decide which they prefer.

“We deliberately built our business in food service to create a strong financial position and help create some retail pull-through. But working in food service gives you little or no brand recognition because café owners only put ‘chai latte’ on their menu, misunderstanding the importance of letting their customers know which brand they offer,” says Edyvean.

“That’s a bit like putting ‘tea’ on the menu without telling people that it’s actually Earl Grey not English Breakfast. From the feedback we’re constantly getting, people are getting tired of wasting money on chai latte they don’t like. We aim help them identify our brand through retail and eventually they will tell their café owner which brand they want to drink there as well.”

So how did it all begin?

On January 2, 2000, Melissa Edyvean tried her first ever chai latte at a café in Washington DC and loved the taste.

Being a non-coffee drinker meant Edyvean often felt like the odd one out at café gatherings with friends. Certain that she wasn’t alone, she and partner, Martin Buggy, decided to introduce premium chai latte to the Australian market – at first, by importing the same brand they tried in the US.

But in 2004, the brand was sold, with the new owners eliminating Australia from their sales plans. At the time, this appeared to be an obstacle, but soon became an opportunity.

Unwilling to quit, Edyvean and Buggy decided to create their own blends and market them under a uniquely Australian brand.

“We had tried many times to have our US import made in Australia under licence, but the owners were very reluctant,” says Edyvean.

“So when the chance came to ‘build our own’ we were already half way there in our thinking and the actual decision to go ahead seemed like a natural progression.”

In devising the initial recipes, Melissa and Martin built on the strengths of the US product and blended out what they felt were shortcomings.

The only challenge then was that neither of them had ever run a business before.

“Our only experience of the industry was as consumers, and with very limited financial and human resources we didn’t have much time or wiggle room for mistakes,” says Edyvean.

“The learning curve was more a cliff than a curve, but we are really enjoying the rollercoaster ride of a new business experience.”

But only after a month in business, Edyvean and Buggy sold 1,700 serves of Bondi Chai and now they sell upwards of 500,000 serves a month in Australia alone.

It’s taken a decade for the ‘chai latte’ to become part of Australia’s café culture lexicon. Now the beverage is a fixture on café menus and rated one of Australia’s top ten beverages.

Edyvean says having your own business is “like having a child” in that you’re proud on so many different levels.

“Every time I do a food show and someone tries one of our samples and gets a huge smile across their face and says “YUM” I get a real kick out of it. And then when I walk down a supermarket aisle and see our product staring back at me (and everyone else who walks down that aisle) then that puts a smile on my face too,” says Edyvean.

“The biggest return on investment for me is that having my own business has given me the opportunity be my own boss so I can make my own decisions, live where I want to live, and travel the world.”

More information on Bondi Chai is available on their website www.bondichai.com.au