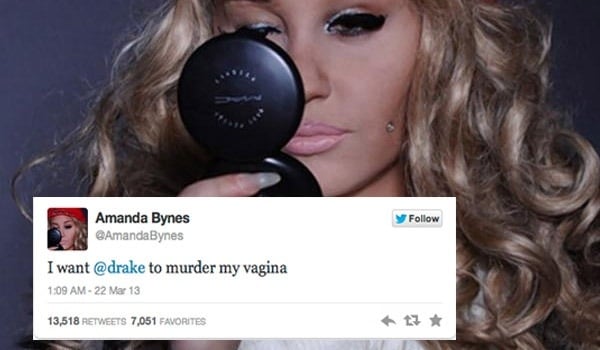 A wise man once said, “Being popular on Twitter is like sitting at the cool table in the cafeteria at a mental hospital” (@D2DLondon). But hey, if you still want to be popular, don’t commit the seven deadly Twitter sins.

Thou shalt not be a super creep.

While I happily follow back non-spam accounts on Twitter, occasionally I do regret not being more selective. This is because mere minutes after a courtesy follow-back, someone feels it is appropriate to send me a direct message trying to seduce me into writing a profile on their business. Had they said hello, introduced themselves and just simply asked, the chances of being profiled would’ve been significantly higher.

I was so repulsed last Friday that I blocked an account before taking a screenshot of the messages I was sent, meaning they’re no longer visible – but I shit you not, there were more references to the kitchen bench than I appreciate from a stranger. #DoNotWant

Thou shalt not consume tweets the same way thou consumes cheese.

As they say, too much of anything is bad. While Twitter is a cheap addiction, spending too much time on it takes you away from other components of your marketing strategy.

Instead of going overboard with your tweet consumption and obsessing over how you can outshine your competitors, redirect that energy towards interacting with your followers.

There are plenty of services that allow you to buy Twitter followers. But fake accounts get you nowhere because there is no real engagement; and might I add, there are apps such as Status People that can calculate the percentage of fake followers you have. Do you really want someone to expose you?

If you want followers, post useful and eloquent tweets, engage with others on Twitter, and use hashtags (but sparingly) – #because #a #hashtag #before #every #word #in #a #tweet #is #quite #unpleasant #to #read.

If thou is not Justin Bieber, thou shalt not post lazy tweets.

Justin Bieber gets away with tweets reading single words such as “hi” and “lol”, but you won’t. Why? You’re not a teen pop idol who can do anything – even fart – and have girls crying hysterically from happiness.

Think about your tweets before tweeting them. Everybody loves an intelligent tweet.

Thou shalt not insult people on Twitter despite temptation.

Someone possesses an opinion different to your own? Deal with it.
Someone subjects you to their fury-driven buffoonery? Don’t escalate it.
Someone threatens you? Report it.

Thou shalt not compare number of followers, favourites and retweets with rivals.

Are you comparing your Twitters stats with competitors? As the Spice Girls would say, “Stop right now! Thank you very much.”

Focus on your own growth through social media. If you’re obsessing over other people’s numbers, you may end up committing Sin Number 3. Focus on building and maintaining a good reputation, and you’re followers will grow organically and remain loyal.

Thou shalt not be a tweeting twat.

So you think you’re hot shit, do you?

No-one likes a bragger, so don’t be all “my startup is better than your startup”. Appreciate others who’ve just entered the startup scene – even if their product or service is similar to yours.

If you have committed any of these Twitter sins, I suggest you confess in the comments section below and never repeat.