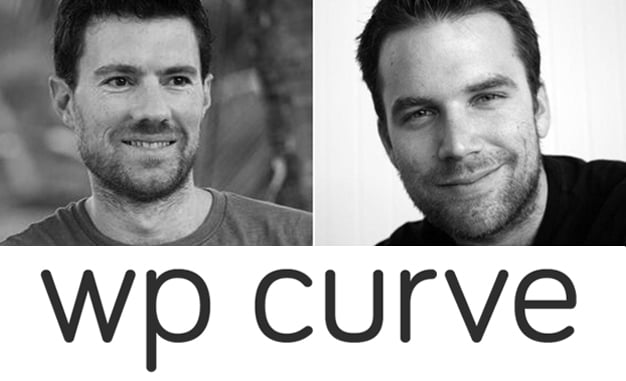 After experiencing two failed businesses, a month ago on a Saturday evening, Dan Norris came up with a brand new idea.

Following the idea conception, Norris spent $9 on registering a domain, $39 for a WordPress theme, and only a few days refining the theme, making sure the site is responsive and the retina graphics worked, before he was ready to launch his business.

And 23 days later, with the help of content marketing and offerings of exclusive deals, WP Curve has gained 20 customers – from small business owners to large web design agencies – that pay between $69 to $99 a month.

“We haven’t actively marketed the business – instead we’ve been making sure every customer is 100 percent happy with the service we provide. This has helped our growth and referral has been our number one source of new customer growth,” says McClafferty.

“Happy customers proactively tell people about an awesome experience and we’ve dedicated ourselves entirely to making that happen.”

McClafferty notes many WordPress users expressing concern over having to provide passwords to new overseas developers every time a small issue needed to be fixed.

“People want to know that if they ever have a problem, they have a trusted provider right there ready to solve it for them'” he says.

Since its launch, Norris and McClafferty have been able to reach out to three prominent startup advisors who now have WP Curve on their radar.

“When you’re talking to people who have successfully built companies with multiple millions in funding, this is extremely valuable,” says McClafferty.

As the customer base grows, Norris and McClafferty plan to recruit new members to their team, being very selective about who they hire.

“We’ve heard horror stories of some fixes taking customers a month to get done with other providers and we’ll take steady growth over rapid expansion, to make sure our customers stay loyal,” says McClafferty.

His reminder to other tech geniuses tip-toeing around excuses than taking a leap and starting a business is: “If you execute an idea well, someone will probably may you money for it. [And] you can bootstrap yourself to profitability.”

If you own a WordPress site and are looking for round-the-clock help with technical issues, get in touch with the WP Curve team.