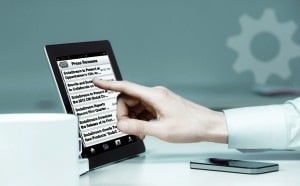 A new mobile app, i-Interact, was launched on Friday to help publicly listed businesses to maximise their investor reach.

Research conducted by Interactive Investor reveals that 36.4 percent of retail investors would use an investor smartphone app if offered by a listed company.

Powered by theIRapp, i-Interact will enable companies to engage directly with investors anywhere in the world and allow investors to access a range of company specific content (e.g. shareholder and regulatory) and receive notifications in a format tailored to suit smaller screens.

Susan Werkner, CEO of Interactive Investor, says in the press release, “According to Morgan Stanley research, the use of mobile devices will surpass PCs by 2014. In addition, there is strong evidence that investors have an appetite for investor specific apps.”

“The Australian Stock Exchange iPhone App has been downloaded 450,000 times. CEO’s are also avid users of mobile technology with three in four using tablets on a daily basis and 84.8 percent using smartphones.”

Jeff Corbin, founder of theIRapp, also makes a comment in the press release saying, “Public companies, irrespective of their size or location, are realising that having an IR [Investor Relations] app allows them to engage directly with investors anywhere in the world. The ANZ region presents an incredible opportunity, especially considering the willingness of public companies there to embrace new technologies and ways of doing business.”

In less than three weeks, a company’s i-Interact app will be live for download anywhere in the world via The App Store or Google Play.