The Female Factions of Australia’s Entrepreneurs 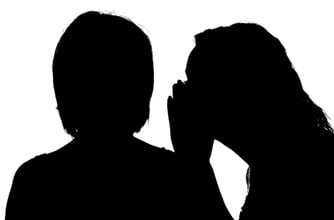 Preface: There are many submissions made to this publication around observations, unconfirmed or released news about certain things about to happen in the space and of course gossip from conversations happening online in the many forums across social media. If done in the wrong way these types of stories have the potential to creep into the realm of bullying and this is not a gossip girl-esque site. However Observations written intellectually, without individual defamation that hold a mirror up to the space are in our opinion important stories for the industry, our feedback has also shown that most people wish to contribute these pieces anonymously. We do respect that people are working on growing businesses and so we have created this section for this very reason. A safe place to express opinions, essays and observations both transparently and anonymously if you wish.

The Female Factions of Australian Entrepreneurs

As I stood around listening to the other women in the room, I began chatting with a fellow entrepreneur with whom I was acquainted from various networking events around the place. In the last couple of years various female focused organisations have popped up to support female business owners each with their own unique offerings and I am a member of a few of them, I am by no means a millionaire but my business turns over in the higher end of six figures a year so I would say I am happy where the company I own is heading and attribute some of my key successors from connections made within these groups and events that I have attended.

Considering our collective opinions on what is happening within politics at the moment, I have always felt that in order to really grow female entrepreneurship within Australia we need to have some sense of unity and be working collaboratively together towards a common goal. That is why I was so surprised when the woman I was speaking with a key figure in one of these “female focused” organisations started to insult quite openly the other players in her space and particular individuals who were obviously not members of her particular organisation, even so far as insinuating particular people were lying about their numbers and metrics in recent media coverage they had obtained.

Being quite a close girlfriend with the person being put down and a member of the organisation being demeaned the most, I was quite uncomfortable and really regret not having their backs, choosing instead to change the subject and go to the bathroom instead of pulling her up on what she was doing and saying that it was not OK to create unfounded, untrue gossip about other people, especially since they were not in the room.

If we are all really passionate about female success in the business world, we need to stop getting personal on each other and support each other. Instead of being critical about success and media coverage how about congratulating that person. Instead of seeing others in the same space as you as competition, why not reach out and see there are any opportunities for collaboration. And when you hear someone getting out of line, pull them up on their behaviour.

We all like to call ourselves proud feminists, we all want to achieve equality for women in business. But when we keep creating factions amongst ourselves, how can we ever expect to create a strong foundation on which to build the platform that will really get the wheels turning?

Previous article Crackdown on 457 VISA’s deal struck with cross bench MP’s
Next article 2013 Startup of the Year will be flying to Silicon Valley!
Via Insights
Tags businessentrepreneurssilicon street observerstartupswomen