Famous Entrepreneurs And How They Got Started 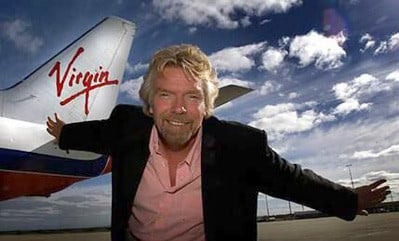 If you’re looking to start a business but not sure how to go about it, you might want to see how some famous entrepreneurs got started. After all, if you want to ensure your financial success you could certainly learn from the ones that already have it.

Find Something That People Don’t Know They Want, Then Give It To Them

Sometimes people don’t know what they want until you tell them they actually want it. At the time Michael Dell was attending university computers weren’t sold directly to consumers, and they certainly weren’t customised for them either. He decided to not only sell directly to the customers but to make the to order them as well. Before he knew it he had a successful computer company on his hands by finding something that people didn’t know they wanted and giving it to them.

Don’t Be Afraid To Change Horses In Mid-Stream

What do you do if you realise your side business is making more money then your main business? If you’re Richard Branson you stop selling the newspapers you originally started with and concentrate on selling the discounted records that are flying off the shelf. A good entrepreneur doesn’t stay fixed on the original idea if a better one comes along. Branson became a successful businessman by being able to change his horse in mid-stream to the one that was better suited to taking him where he wanted to go.

Let Your Creativity Guide You

Sometimes the most ordinary things can be the key to success if you let your imagination be your guide. Michael J. Kittridge, the founder of Yankee Candle Company, wasn’t looking to start a business, he just wanted to give his mother a Christmas present. Using items he found in his own home – crayons, milk containers, and scents – he made her a scented candle. When he was able to sell the candle to a neighbour he realized that there was a market for his improvised Christmas present, which he eventually turned into a successful business.

Starting your own business is easy if you’re willing to look for new things to offer to people, be ready to take advantage of unexpected opportunities and use your imagination. Oh yeah, and there’s also a little thing about hard work and discipline. Once you get that down the rest is easy.

For more information on how to start a new business venture visit www.clickstartdigital.com.au

Sam wants to inspire people to build a better future for themselves by creating their own online business. She offers a step-by-step system to get a business up and running within 7 days and currently sells ready-made eCommerce solutions to aspiring entrepreneurs throughout Australia.