A pepper of tiny changes & some awesome sauce: The next 6 months at Shoe String 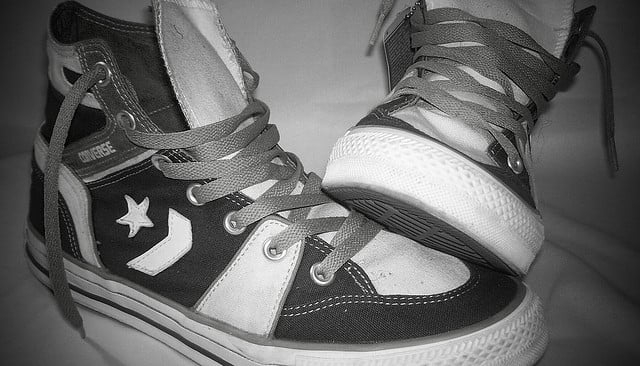 I really suck at keeping secrets, I also am an avid fan of a spoiler [I Wikipedia’d everyone on Game of Thrones today so now I know exactly what’s happening next season]

So I am going to let a whole lot of cat’s out of the bag in this announcement about what you can be expecting from Shoe String over the next few months. Partly because I like to put my plans out to the public domain as it forces me to work to a timeline and goal, and partly because I like to talk about myself.

Obviously two weeks ago we had a make over, we have gone for a much more readable, minimalist design that allows the advertising and content work much better with each other and allows readers to navigate their way around faster. We implemented a similar design across all our sites and engagement has increased, which is exactly the result that we were seeking. This has all been in preparation of our new approach to content and advertising in the new financial year. This new approach is two tiered, and is in response to what businesses that want to get in front of startups and small businesses have said to us when we talk about advertising. There are two types of approaches emerging in the B2B and B2C advertising market place, the traditional agency to agency approach is still very much applicable and relevant to enterprise level clients and second level corporates – they have clear set campaigns they run across multiple sites and this brings them the results they are after. The emerging trend is in the Medium sized, high growth business sector, where leads are sought after as opposed to brand recognition, and this is an exciting space for us to play in.

Over the last few months we have been experimenting with a number of ways on how to fuse advertising and lead generation together, to be quite transparent it has been a real arse to work out a scalable formula that allowed me to grow revenue and campaigns whilst still keeping a lean operation. At one stage it seemed more like we were heading down the road of having a border line call centre operation [and I had to wrangle that back in fast] – I knew that I wanted to incorporate three things into our lead generation campaigns: quality data for clients, video & interactive elements and finally a creative approach that allowed one person to manage multiple campaigns across multiple sites. The skies then opened and a startup called Vimily pivoted and then we started looking at how their new B2B solution could be used as an advertising tool.

I am so excited to announce that Vimily and Ourselves have been working on something very special, I am super excited about launching our first campaign using their technology next week. The big focus is all about making it fun and rewarding for our readers whilst still meeting the needs of those clients that pay for the business to remain up and running. The fact that it is finally the scalable approach that I have been trying to find for months that also allowed everything to be housed within our site and business is what has me really buzzing,

Over the last two years since our launch we have run various lists such as the Young and Influential, Top 20 Technologists etc. These have been well received by the readers of the site and however the nature and competition aspects of the Vimily Partnership will replace the online aspect of these to some degree. Instead we are doing something that could be deemed a little crazy, but will definitely be a shit load of fun and what will hopefully end up being a coveted annual project that will be what The Sydney or Melbourne magazine or BRW Lists are to many, to Australia’s startup space.

We will be putting out an annual hard copy [and most likely tablet] magazine called “The Silicon Street Annual” which takes a look at what we judge as the cream of the crop across various cities in Australia across various categories such as Influencers, Coding & Design, Change makers, Disrupter’s etc – I have always wanted to give the lists we do a bit more pizazz and style with some custom photography and thoughtful copy, and whilst producing a monthly magazine as we did in 2011 was expensive and was a time management nightmare, the content of this once a year publication, allows us to be more thoughtful, less rushed and assess individuals and startups based on dialogue and results. This will be published for the first time in November 2013.

It also helps that there are some kick arse startups such as Canva and Issue.by that allow creating such a project to be done so MUCH easier than it was 2 years ago.

That’s a LOT of stuff to focus on!

Someone said that to me the other day, and I thought about it for a second or two thinking maybe I was losing focus again. But I went back and referred to my triangle of focus which I have made my reference point for all things that happen in the business from now on to keep me on track. A quick breakdown:

The first point is content. All projects whether online or offline are about creating great content for the reader / viewer / listener. It all about engaging them and getting them to react.

The second point is delivery. All projects use content as a way to deliver the messages, stories and campaigns. We also deliver the results we promise to our clients.

The third point is acquisition. All projects need to acquire readers / viewers / listeners. All campaigns must acquire customers for clients. And our company must seek to acquire relationships and opportunities that will allow us to deliver better experiences to our audience.

So even though it may appear as though there are 100 things happening, we are really just focusing on the above, three publications, three things. We will be growing over the next 6 months, I suspect I will have a small team by the end of the year, a lean team that can help us prove you can pull in the same readership as the big guys and still be profitable as a media company if you listen to what the readers and advertisers want.

This work is licensed under a Creative Commons Attribution 2.0 Generic License.

Previous article Authenticateit aims to combat Counterfeiting
Next article Getting the most out of Alibaba: Part Four
Via Profiles
Tags Australiacanvaissue.byshoe stringsilicon street annualstartupsSydneyvimily