I'm changing lives, one t-shirt at a time 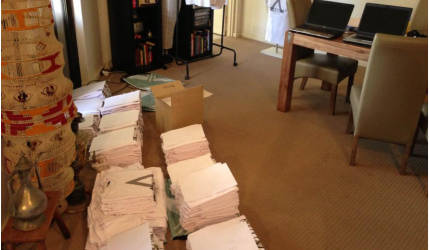 Every now and then, a young gun comes along with a story that is pretty awesome, James Billingham is just 18 years of age and already a serial entrepreneur. Today he writes a piece for us on his new social venture Addition Clothing which is helping those in third world countries. I’d remember the name, I predict the kid is going to be a big deal.

In the 18 years I have been on this planet I have seen some amazing things and have been fortunate enough to travel the world. I started my first business when I was 14, called iGuys4u, and haven’t stopped innovating since. My most successful venture to date would be iTasker; a service network I started with my business partner Ishraak. Only 6 Months into it and we had launched in London! iTasker is currently operating in the UK and Australia, and has plans to expand if everything goes to plan. However, recently I have stepped back from iTasker to focus my full attention on Addition Clothing.

Addition Clothing was conceived when I was on a business trip to London; I was looking through some old photos when I came across one of me and this kid in Madagascar; I had swapped my hat for a toy boat he had carved out of drift wood, I loved that boat, but he loved that hat even more.
This gave me the idea; wouldn’t it be awesome to make someone in need that happy every time you bought something you would anyway? What does everyone buy? Clothes! So creating a clothing brand based on the ‘You Wear. You Give’ concept was the way to go.

Addition Clothing is an innovative new brand which looks to make a difference one t-shirt at a time. Our unique brand works like this;
whatever artwork is shown on the label of the clothing, be it a bike, a condom, a hat, a chicken, or a pair of flip flops, we will donate that
respective item to someone who really needs it in a third world country. To do this we have partnered with some great charities who will handle the donations on our behalf. At the end of each month we will upload evidence of the donations being made to our website. We are a young team and people can be sceptical, so this is important.

Every t-shirt we sell comes enclosed with an explanation of what they have donated and how that has helped those in need. It also has a code which enables them to track their donation and find out more. Everything associated with Addition is made in Australia; the clothing, the labels, the packaging, the notes…everything! We not only wanted to support third world countries, but also our local economy. The t-shirts are high quality and can withstand a lot of stress – we not only wanted to help those in need, but we also wanted to create high end clothing.

We are trying to solve two problems; people want to be philanthropists, they want to do good, but a lot of us don’t get around to it, mostly because it’s not convenient. Addition solves this by allowing you to make a difference while doing something you would anyway – buying a t-shirt. Secondly, when people donate to charity, most of them want to know where there money is going; with Addition you know exactly what you will be donating….it’s on the label! We’re not trying to say buy Addition Clothing instead of donating to charity, we’re saying you’re going to buy a t-shirt, so why not buy one that can make a difference?