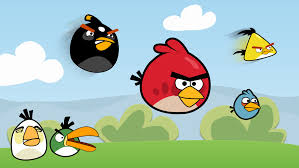 Brightcove (NASDAQ: BCOV), a leading global provider of cloud content services, today announced that Rovio Entertainment, an entertainment media company headquartered in Finland and the creator of the globally successful Angry Birds franchise, has selected the Brightcove Video Cloud online video platform to support the launch of its Angry Birds Toons animated series. Angry Birds game users, which number more than 1.7 billion downloads according to Rovio, can now watch the latest adventure of the birds and pigs across smartphones and tablets with the help of Video Cloud, which makes it possible for Rovio to publish and distribute the video series to audiences across devices.

“By partnering with Brightcove, we are able to quickly ramp our online video efforts and deliver on-demand episodes to viewers across devices, while ensuring a high quality viewing experience.” said Nick Dorra, Head of Animation at Rovio.
With Brightcove Video Cloud, Rovio has access to the most comprehensive and advanced features for publishing and distributing video content to audiences across every screen. Rovio will release a new episode of Angry Birds Toons in its Angry Birds games, and to Smart TVs and other devices each Sunday at 8am GMT.
“Rovio has built a tremendous audience for its Angry Birds game,” said Jeff Whatcott, chief marketing officer at Brightcove. “We are thrilled to partner with Rovio as they expand on the success of the Angry Birds franchise and give fans more opportunities to engage and interact with their favorite characters on the device of their choosing.”
Previous article Three in 5 Small Businesses now have teleworkers in their business
Next article Lead Generation &amp;amp; Customer Acquisition [event]
Via Other
Tags