Yep. The IT Sector is all about Cheap Non-Aussie Labour 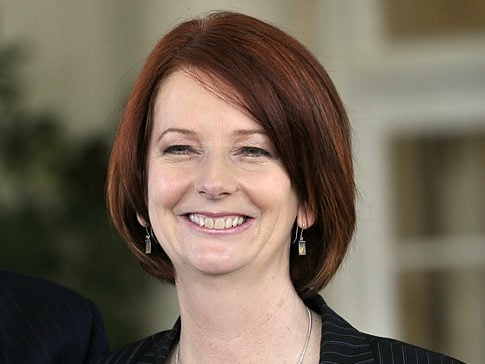 Just to preface this post, Julia Gillard came out swinging yesterday against the IT industry and the Tech sector is not happy about it. Mike Cannon Brookes didn’t hold back at all taking to twitter and later additional media to vent his frustration. A hashtag from a Startup event #StartupAus is also being used to continue the conversation.

Just outraged at the insanity of @juliagillard complaining about 457s in IT being bad for the economy itnews.com.au/News/336476,pm…

Then there is the comical commentary on this article which was written by the SMH today.

Now I am no expert on the world of IT and Tech startups, but I do speak to at least 30 of them a week, [especially startups] and one thing I can tell you is that majority of them are not actively seeking ways to do more paperwork, create more red tape for themselves around hiring and none are pro-actively choosing to hire a pool of foreign talent.

When you are trying to grow a business, especially a fast growth tech business, what you need is the BEST talent that is available to allow you to do that. To say that one of the reasons the industry is full of labour on 457’s has nothing to do with employers looking to hire cheaper people, it has everything to do with businesses needing to hire the right talent.

If businesses really wanted to hire workers that were cheaper, there is a massive pool of that type of talent in China, Thailand, India, Indonesia and the Philippines which would possess the same abilities and language skills as people on 457’s but would literally cost them a third of the price.

Oh, then there is the fact that FOREIGN STUDENTS is one of our biggest money makers in the country and quite a few of those would be studying degrees in the IT space, and sometimes after the degree they may want to stick around and continue working here. Which means they need a 457. A UNSW graduate, up skilled and trained in Australia, that is hungry, out to prove themselves and wants to join something exciting and cutting edge. Can you not see why they would stand out above the rest of the candidates?

Founder of iPhone app Roamz, Jonathan says the real issues are that we have a tech industry starved of capital and government support, and an education system that lacks the resources to nurture the minds of the next generation of technology, maths and science leaders.

Some of Jonathan’s initial insights include:

It may be an election year, but seriously – let’s not start bullshitting just to pull support from the Unions Julia.