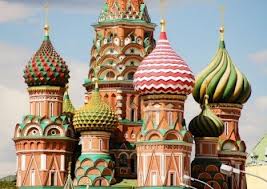 A director of a youth-led social enterprise which aims to help companies generate growth through social impact initiatives is among 22 young entrepreneurs who will represent Australia at the 2013 G20 Young Entrepreneurs Alliance (YEA) Summit in Moscow in June.

Emily Haigh, aged 26, forms part of the senior team at Impact Leaders, a consulting firm that works with businesses to help drive adoption of the shared value principle in Australia, which sees companies undertake projects that address societal needs while at the same time creating value for its shareholders.

Ms Haigh will be joined at the G20 YEA Summit by 21 other young business leaders across sectors ranging from online retail, information technology and financial services – all of whom are being supported by the Enterprise Network for Young Australians (ENYA) to attend.

Ms Haigh gained a position on the G20 YEA delegation and free flights from social and ethical investment company Forming Circles, as a result of a public poll.

She says that since Impact Leaders’ formation in late 2012, there has been strong responses from businesses and government organisations who are looking to adopt this consulting model.

The company has already started on various projects and is in discussions with a number of businesses from a wide range of industry sectors, including several from the ASX 100.

“Many Australian companies only think of Corporate Social Responsibility initiatives as a way to give back to the community, however we believe there is stronger business value in converting these initiatives to long term sustainable projects.” Ms Haigh said.

She pointed to Adidas Group as a great example of the shared value principle, which in conjunction with Nobel Laureate Muhammad Yunus’s micro-finance organisation, Grameen Bank, expanded their existing product range to manufacture a cheap and affordable shoe for the poor in Bangladesh. Ultimately this supports the locals by reducing the spread of disease while generating a new sustainable revenue stream for the business.

Chief Entrepreneur Officer at ENYA and Australian President at the G20 Young Entrepreneurs Alliance, Jeremy Liddle, said the group going to Moscow is a showcase of the amazing depth of innovation and entrepreneurship among Australia’s youth.

“The submissions we received to be part of the delegation, and the quality of those chosen, shows there is a great platform in Australia to encourage entrepreneurial thinking among young Australians and highlights the opportunity to take that thinking to reality,” Mr Liddle said.

Mr Liddle also stated, “Though there are still many barriers that Governments need to remove if Australia is really able to embrace the innovative thinking that younger people can bring to enhance the social and economic fabric of this country.

The delegation will be learning from experiences around the world during the G20 YEA Summit to help our Governments and business leaders implement policies and strategies to harness young entrepreneurialism in Australia.”