Q&A with David Wei from Venuemob 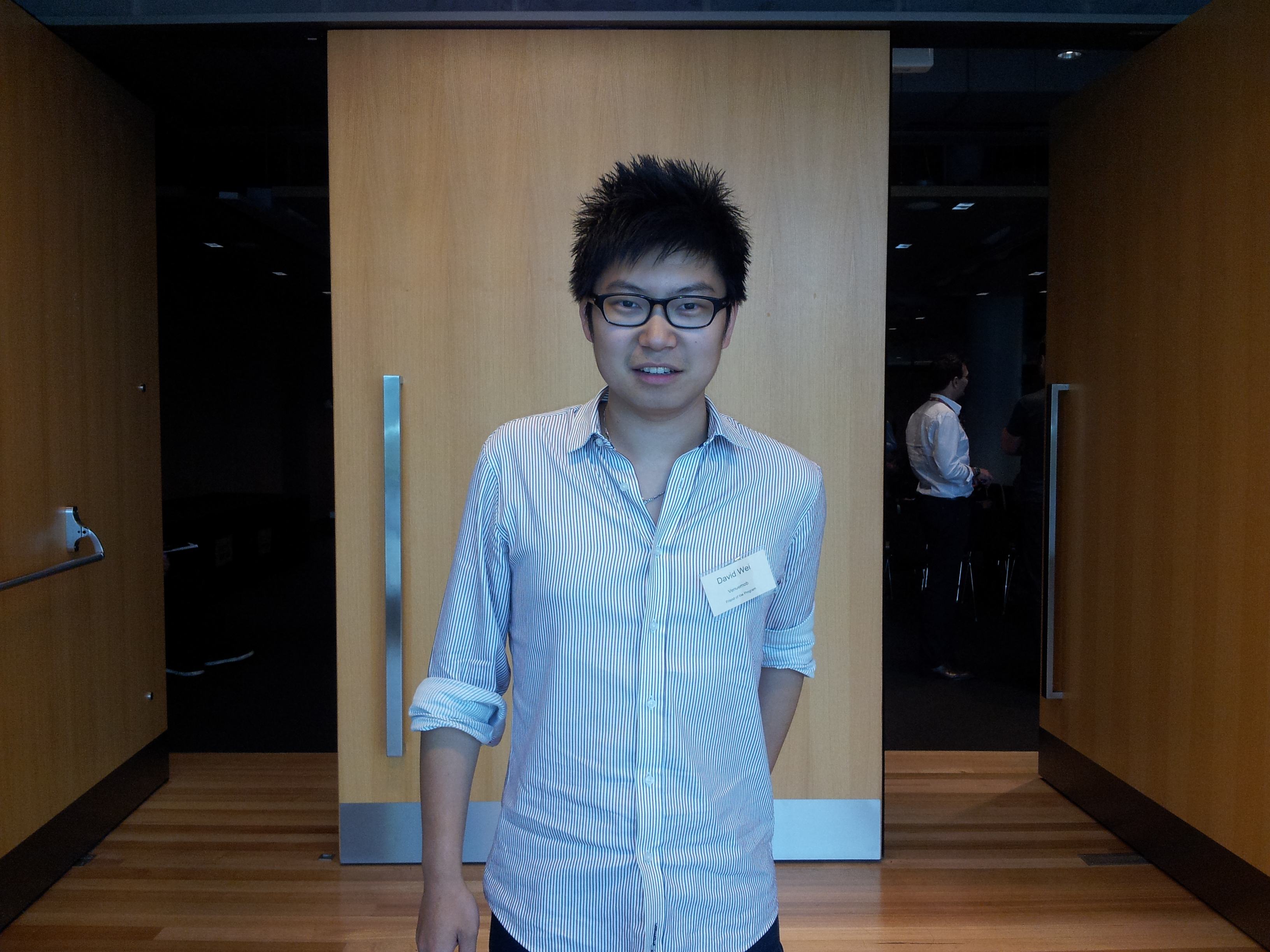 David Wei has two successful startups under his belt and the blessings of both GroupOn and Optus, so from the outside in, it looks like the easy life for David! But of course, anyone who’s ever run their own business knows it’s never all smooth sailing and rose-smelling. We talk to David about some of the challenges in pulling together a team, the Sydney vs Melbourne debate  and pitching for Innov8.

Pitch Venuemob to me in 60 seconds
So Venuemob is like a Wotif.com for venue spaces. If you have a birthday party, wedding, an engagement party – the whole lot. They can come to our site and tell us what their requirements are and we give you a few great recommendations and then help you book the venue directly. It’s a simple model, it’s niche but we think the event-planning industry is quite outdated. It’s pretty old school right now so there’s a lot of room for disruption. We come from a background where we’ve worked with a lot of local businesses before and that gave us insight into starting Venuemob and saying ‘Hey, restaurants need a lot more function bookings, and bars need more group bookings’.
What inspired Venuemob?
The previous business owners that we’ve worked with- they gave us that inspiration.We also organise a lot of the events ourselves, for example one of the founders James,he runs a meetup called Android Australia User Group for Android developers in Melbourne- but what he had to do was find a place each time he organised a meetup and that was a bit of a pain. On both sides we saw the pain, on the venue owner’s side and the event organiser’s side and we married them together.
Tell me about your team and how you came together.
There’s three founders. Ying and I started a business a few years ago called Crowdmass, it was one of the first group-buying sites in Australia and we sold it to Groupon in 2011. We stayed in the industry for a while and then we thought we would try something else! Let’s go to the next exciting thing.

Ying, I actually know from high school since year 7. And James, we went to the same uni and did the same degree. So we all came together and are good friends.
What’s the secret to success for working in a team?
I think it’s really important to get along in a team, making sure that you take each other’s shit. It’s really tough, if you talk to a lot of startups, there’s lot of pressure, there’s going to be times when everyone is going to be arguing.

When I’m forming a team (with this one and the previous business) I think it’s really important to find people with different skillsets- so what I always say is that two people with the same background, same skillset and same connections- one of them doesn’t need to be there. James focuses on the tech, Ying focuses on the marketing and I’m on sales, three very distinct areas and we combine what we have to offer and built it into a company.
How do you solve arguments?
There’s a lot of debates that we have but you know, because we’re friends, everyone really values everyone else’s opinion. A lot of times it’s about understanding and trusting and valuing each other’s opinions. For example, if a decision is really tech dominant, then James will be able to have the final say on that, because that’s where his specialisation lies.

Everyone has their own areas.
Tell me about pitching for Innov8 last year.
Optus Innov8 was a really good experience. The process was around submitting an application and then pitching, we got shortlisted to pitch in Sydney at their Sydney offices. At the pitch – Singtel and Optus execs were there but also outside investors. So we met a lot of people and Optus obviously liked us and a lot of angel investors were interested.
What are some of the perks of getting into Innov8?
We have a lot of resources that have been provided to us, beyond money. Access to their SEO team, the design team, the marketing team has given us a lot of good insight. Optus have a user testing group, that we haven’t used yet but we’ve started conversations with them- a lot of things like that, a usual startup can’t really get. We get access to a lot of their partnered office spaces like Fishburners and Inspire9 in Melbourne. Phones, prizes, tablets. But the main thing is that we know that every time we have a problem or a challenge, we can go to them and the team at Optus are very helpful and reaching out to their network – internally and externally and seeing how they can help us.
How do you know when you’ve stumbled onto a good idea?
A good idea is one that you’ve proven, so I don’t think you can ever just say ‘I’ve got a good idea’ from an initial chat. The main thing is that you need to test it. So for us, we really believe in lean startup methodology, getting things out and getting a product launched as soon as possible. And then seeing what customers say and I guess the feedback that we get, and based on that we can do something that has legs. Otherwise, if it didn’t work- let’s try something else.
What’s the difference between the Melbourne and Sydney Startup Scene?
Good question. They both have their perks, I have to say Melbourne is better although I’m biased. But I think what’s happening in both cities is a huge growth in the community. One key example is when we started our previous business, there were no incubators, coworking spaces, these communities and these initiatives pretty much didn’t exist in Australia and that was only about three years ago! So it has come a long way. There are probably more startups in Sydney, and I guess that means you have more people to bounce ideas off. Both cities are pretty buzzing at the moment. For us, we know that both cities are important that’s why we are quickly launching in Sydney as well.
What’s next for Venuemob?
Big focus on growing into other cities. We’ve got 400 venue spaces in Melbourne, Sydney is our focus now. We’re really trying to ramp up the activity and making sure that we are the biggest resource of venues in Australia.
Advice for other startups?
When you’re pitching to Optus for their seed program, work in how Optus can help you or how your product or business can fit into their offerings, so for example Optus owns the food review site Eatability, we proposed an integration with Eatability and how we could leverage off that. Every listing has a function booking button so that’s how we saw the fit and I guess if you’re pitching to Optus, have a look at their wide range of products, because obviously they’re not just a telecom. Have a look at how your business can fit into their wider network.

Previous article Co-working in Australia
Next article Introducing Edisse: More than just a watch
Via Other
Tags david weioptusinnov8Pitchingstartupsvenuemob