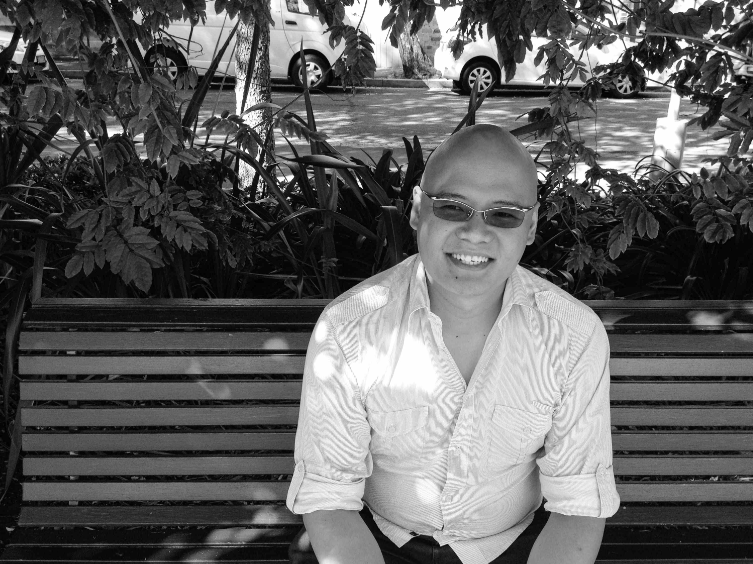 Brian Lim has many hats, he’s the organiser of Tedx Ultimo, he lectures at UTS, he’s the volunteer IT guy at Fishburners and he has a startup on the side, so how does he manage it all? We talk to Brian about his many different projects.

Tell me how you got involved in Tedx?
Like most people I was watching. I found the website out from a friend and I saw some of the talks and I was quite amazed by it. I’ve been following it for a couple of years now but what got me most intrigued is the kind of commitment that comes from Tedx- like when someone talks- the kind of people that come along and say I believe in this, let’s do something about it.

As I watched it for the last four or five years, as a participant really, trying to sneak into Tedx Sydney and things like that. I decided in June last year to hold my own Tedx if I could. So I went to research the licences and requirements and I started asking friends of mine if they would be interested in helping me out running a TedX. I had a few friends who said yes, very gratefully and so I applied for the licence in December and we negotiated for about two or three weeks- the licence was approved!

What was the experience like?
It’s actually very humbling, in the sense, there is suddenly a lot of expectations placed on you. Immediately when you put the words TedX in front of any event, there’s an expectation that it will be Ted-like and you’re like ‘oh crap! I’m going to have to deliver’ – not on what I want but what people’s expectations are.

Now their expectations are very clear fortunately but one of the great things about the Tedx rules is that it gives you a lot of flexibility in what you want to do. So in that flexible space, is how do you figure out what is a Ted-like experience. We did some brainstorming and tried to keep it simple- because at the end of the day, we don’t do Ted for the speakers, we do Ted for the audience and people who come and watch. They come to broaden their scope and view of the world so we decided to keep it about them. We focused primarily on making sure they were comfortable and enjoying themselves –drinks and after party and such.

Would you do it again?
In a heartbeat, yes.

How would someone become involved in this process?
There’s a couple of ways- if you really like Ted and you want to get to know what’s going on- my first stop is to volunteer for an existing Tedx event that’s going on in Australia. They’re always looking for good volunteers and good people, so that’s one way to get to know the scene. If you’re a bit more daring, you can apply for a Tedx licence and jump through the hoops that are required to get the Tedx licence and find speakers and such. That in itself is a very rewarding job and if you are truly brave, apply to attend the actual event in the US and once you’re there and you see how they set it up. You know exactly what you need to do down here.

It’s an amazing place, we had something close to 60 lecturers from all over the world, who flew in to give their time free of charge to teach us. So we had someone from San Francisco (who gets research grants from NASA to do medical research) come in and give us talks on life sciences. We had a person, his name is Joe Pelton, he is very well known in the space industry as the number one person for space telecommunications, a pulitzer prize nominee and a board member for the Arthur C Clarke foundation. He was there teaching us as well, and the list goes on. Everyone was amazing and you’d run out of recording time if I mentioned everyone.

How does that work?
That’s why I’m laughing! When I came to Australia, I went to study at InSearch and I did a diploma to clear my first year of uni subjects. So when I applied I was doing all of the second year subjects but when I was going though the registration process, the students all asked me ‘are you in your first year of uni?’ and I said ‘yes’

At the same time, I was also sorting out my requirements to teach at uni because I was really good at computer networking so they wanted me to cover a few classes as well. So you can imagine I’m at the Orientation Camp being a first year student but actually going into second year and actually sorting out my teaching.

So on the first day, all of my friends were like ‘oh hello! He’s going off to a different class, he must be in a different subject.’

Do you choose to surround yourself with like-minded people?
I don’t choose to surround myself with people that are trying to accomplish things, I think that’s a natural byproduct. I purposely try to spend my time with new people so at Fishburners, I spend a lot of time talking to entrepreneurs who are trying to get off the ground and I’m happy to do that for them but one of the things I’ve realised is that when you’re up to doing something amazing, amazing people will find you because they will want to collaborate. So it’s a natural byproduct of getting out there and doing things.

What’s next for you?
Space entrepreneurship. So going out there and talking to people, locally and internationally about where the space industry is going and understanding where it is. And trying to understand what is the best way to use space technology on earth or is it better to build a giant rocket and go into space and do it from there.

What’s your favourite app right now?
I would have to say that my favourite app has to go to GoCatch. I have been running around like a madman in the city of Sydney and when I need a taxi, I know it’s coming!

Advice for other startups?
Get involved with the right people as soon as possible. As long as you’re willing to do something amazing, amazing people will find you- you will be surrounded by amazing people and you will go places on that alone.

Previous article Assembled Capital: A Founders Guide to Fundraising
Next article Pollinizer send out IM announcing they are opening for a 5 million funding round
Via Other
Tags brian limentrepreneursQ&Astartupstedx ultimouni