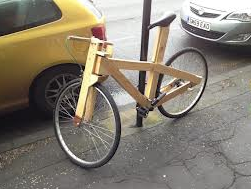 Thick rimmed glasses, fixed rim bicycles, skinny jeans rolled up to just below the knee, boat shoes, vegan diets. Okay, you got me, I’m talking about hipsters. Or am I?

You’ve probably noticed the convergence between hipster culture and local start-up culture so let’s explore why.

There was a time when counterculture was exactly that – counter to the mainstream culture. However, the hipster movement, along with its ironic moustaches, flannel shirts and skinny ties, is now nothing short of cross culture.

Which teenage episodes lead to one becoming a hipster? Is it being picked on at school? Is it being not being able to get laid? Is it having little to no athletic ability? Or perhaps it comes with the territory of studying the Arts? Okay, that was uncalled for.

Anyway, the seemingly inherent desire to adopt a cynical attitude and look down upon and denigrate everything that the mainstream (whatever that is), adores, perhaps comes down to deep insecurity.

The Hipster Handbook suggests that the hipster sees working as a necessary evil, “reserved for the masses by of which by definition the Hipster is not a part.” By extension, it makes sense that many such hipsters would turn their noses up at the traditional convention of working for the man and look to start their own business where they and they alone can dictate terms.

Is this because they have truly awesome ideas and have the competencies, work ethic and personal attributes to really make a difference? Or is it simply because it suits the hipster image? Maybe it’s just because those who can’t do, start businesses. Whether they succeed or not is a totally different matter.

I’m sure we all know somebody who perhaps doesn’t or hasn’t performed as well as they’d like in a corporate environment. Maybe they didn’t get that promotion or raise, but instead of looking inwardly at themselves, they’ve searched externally for validation. “Oh, I’m just doing this until my business takes off” we’re told. Another classic is “I don’t care about this job anyway”. Heck, they both might be true.

We’ve all felt that way at some point – we just haven’t made a lifestyle out of it.

In many cases, the words may be coming from somebody who is essentially scared to fess up to the fact that maybe they’re just not good enough.

How does one cope with the sudden realisation that they suck?

They console themselves by dreaming big about some start-up dream where they are not measured by anybody’s yardstick but their own, buoyed by images of Steve Jobs eating apples all day long, while taking part in the counter-culture and staying true to their zenergised hipster roots!

Where am I going with this? Well, only 4.8% of Aussie start-ups reach the point of scaling, according to a 2012 Start-up Genome report. Sure, things like funding, geography, poor investment incentives and corporate red tape may play a part, but I wonder what that number would be if you took out all of the start-ups that lack imagination, all of the start-ups that exist purely to appease somebody’s sick overblown perception of their own self-worth and place in the world. I’m talking about start-ups that are going nowhere from day one.

I have no doubt that the success rate would be much higher.

Not only for the fact that we’d be working with a larger number of successful start-ups relative to the entire pool, but because start-ups with merit would also be less likely to be discouraged and more likely to be discovered with less self-serving ideas floating around…and there is a LOT of rubbish. Over 1.6 billion apps created for iOS and Android platforms can’t be wrong!

So the point here is not to bash hipsters or the counter culture. Counter culture is in fact essential as genuine counter culture is embodied by people think outside the square and deviate from the norm. Without pushing boundaries and asking questions of the status quo, the human race will cease to progress, evolve and innovate.

However, counter culture for the sake of counter culture defeats the purpose as it essentially becomes about conforming and if you want a case study on looking exactly like everybody else, look up the Democratic People’s Republic of Korea.

The point is not to let a figure like 4.8% of Australian start-ups scaling put you off. If you have a great idea and the competencies, business acumen and strong work ethic required to effectively execute, then you are much more likely to succeed than the lowly figure suggests.