Controversy – Can you handle it? 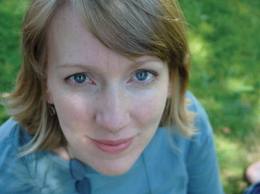 Over the week, the Castlemaine State Festival in Victoria put on a huge show to attract more visitors. But some things went wrong. People got angry. Complaints were made to the organisers, and the sponsors. Art work was actually defaced.

So the question is, are some things so controversial they are not worth doing? Should we risk it?

There are a couple of points to make on this. Firstly, anything can cause controversy. The things that are offensive to some, are harmless to others. In the Castlemaine example, it was a high school student’s art work stating that ‘Christmas is a lie’ that generated the heated response. Some saw it as a reference to Santa and destroying children’s dreams, some saw it as anti-Christian. I personally saw it as the artist providing their own opinion about the commercialisation of Christmas, which I was completely fine with, and apparently that was the intention.

And all of this is okay.

Think about what the original intention of the work or activity was. Generally it is to engage your audience. Engagement means they will be thinking, discussing, debating, enjoying and even complaining. It just might happen and you need to be prepared for it. Obviously you don’t want the residents taking up pitch forks against you (or using spray cans on teenagers’ work) but debate is good and healthy.

There are opportunities in controversy to get people to think differently, explain the purpose of the work and perhaps even create a new engaging experience as a result.

One of my own projects turned unexpectedly controversial when a group of people took offence to a piece of street art we had photographed and used in publication. I didn’t create the work, but received some negative press for ‘endorsing it’ and the hate emails arrived. It was never an intention of the work, or me, to offend anybody. I spoke to each person that approached me, explained the situation and that the work had nothing to do with them in fact. I then offered to do some promotion for them as they were obviously feeling portrayed in a negative light. Explain the situation, understand their point of view and see what can be done to resolve it. If your team, and your supporters understand what you are trying to achieve, and the inherent risks that may come along with that, you can manage any controversy created. Just keep talking, keep the conversation going to take the heat out and provide the context.

Ultimately, if you are doing anything in the public eye, you will not please everyone, you will cop criticism. Knowing what you are trying to achieve, and engaging others in the process will get you there. Sometimes the most important things are the riskiest.