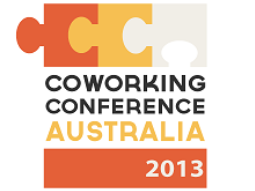 With Australia’s inaugural co-working conference set to take place in early March, it’s safe to say that the advent of co-working has truly established itself in the culture and psyche of Australian start-ups.

Like many things start-up, co-working spaces trace their lineage to San Francisco where, in 2005, Brad Neuberg opened CitizenSpace, arguably the world’s first co-working space. In less than a decade since, over 700 co-working spaces have sprung up around the United States and several hundred more have opened their doors across Europe.

At home in Australia, we have the highest number of co-working spaces in the world (per capita), with well in excess of 50 spaces having been established. Most spaces are relatively new and are responsible for driving an astonishing 555% growth rate in Australian co-working in the past two years.

Nowhere is this more evident than in the hustle and bustle of Sydney’s inner suburbs and the cafe engulfed laneways and converted warehouses of Melbourne. Together, they account for two thirds of Australia’s spaces which have established themselves as not only productive and collaborative co-working spaces, but as a home to many existing and emerging success stories, a host to weekly (and sometimes daily) entrepreneur meet-ups and talks by prominent speakers from within the business community as well as a place to knock back some drinks and build social networks in the evening.

However, it is not only start-ups who are benefiting from co-working. The BRW’s Fiona Smith ran an article on Zendesk’s Australian operations (Two worlds collide – sharing space with an alien, November 2012) whose office handed free space to the Dry July charity. General manager Michael Hansen was quoted as saying that “they (DryJuly) are great people to be around (and) they don’t just do things for profit, they do it because it is right. It is nice to be associated with people like that and I hope some of it will rub off on us as well.”

Law firms as well have been said to be playing host to all sorts of creative types in an effort to change their environment for the better, inspire and develop a different perspective for their workforce, while also gaining social karma by helping out the little guys.

The idea of businesses giving away and/or leasing out spare office space is a concept that Australia’s HotDesk is looking to tap into. The website, which is currently seeking expressions of interest via its landing page (www.hot-desk.com.au) is all about connecting SMEs and large enterprise with spare office space to start-ups and entrepreneurs who need casual space, be it for days, weeks or months – think airbnb for office space.

The business hopes to not only be a platform to help start-ups find cheap, casual and professional facilities, while increasing working capital for the advertiser, but it envisages delivering many of the benefits that come with co-working while also providing the opportunity to partner with larger businesses and gain an appreciation for and build relationships in the top end of town.

Right on time, the Coworking Conference Australia, held on March 1 and 2 in Melbourne, is set to bring together Australia’s co-working community in a celebration of all that co-working has offered and has yet to offer.

The conference will cover topics such as the history of co-working, global trends and statistics, lessons learned and the future of co-working. In typical co-working space style, there will be loads of opportunities for engagement,  collaboration and networking.

Hosting a plethora of speakers from start-ups and established businesses across Australia, Europe and the United States, this is a milestone event, celebrating the rapid growth of the Australian startup ecosystem, and is not to be missed by those with an appreciation for working smarter, not harder.