Canva announces $3 million dollar funding round as they prepare to launch. 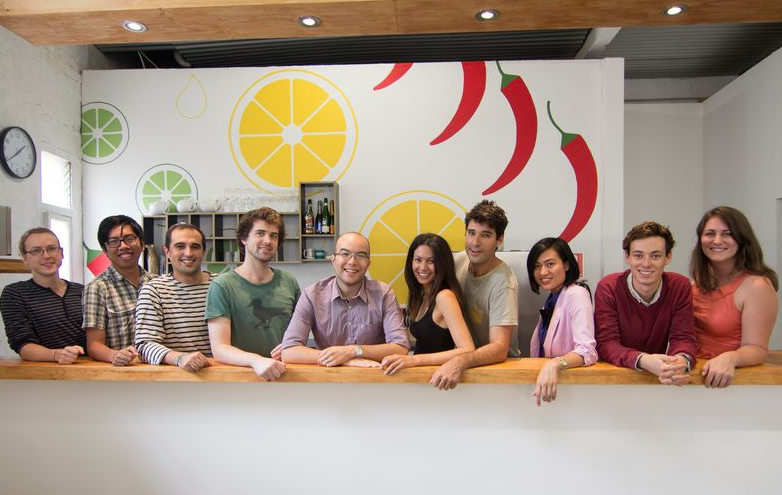 Australian startup Canva today announced it has raised a $3 million seed round from top Australian and U.S. investors including Matrix Partners, InterWest Partners and 500 Startups.

Melanie said the 3 million funding came about after herself and Cliff attended the MaiTai kiteboarding  and entrepreneur conference in Hawaii. While there, they were introduced to a number of prominent Australian and U.S. investors.

“Our investors being significant experience and expertise to the table and are accomplished entrepreneurs in their own right. These are people who’ve sat behind the wheel at some of Silicon Valley’s most successful tech companies,” she said.

Lars Rasmussen, Director of Engineering at Facebook and founder of Google Maps, said he was impressed by the founders: “The Canva story is highly compelling. This is a strong team with a big vision, and I’m thoroughly enjoying working with them. Design is moving into a more collaborative and social world, and I predict Canva will be leading the way.”

Commercialisation Australia CEO Doron Ben- Meir commented, “It can be difficult for Australian companies to take innovative ideas to market. We’ve supported Canva because it’s a strong team with a truly innovative product and we think it has the potential to be a global success.”

Rick Baker, partner at Blackbird Ventures, said Canva’s team was a sign of growing maturity in the Australian startup scene.

“The desktop design industry is ripe for disruption and the Canva team are the best people for the job. The founders have attracted a stellar cast of international investors, and are proving you can launch a truly global company from Australia,” he said.

At only 25, Melanie is already a serial entrepreneur having developed an early niche iteration of Canva aimed at the year book market, which she bootstrapped with a loan and made profitable. Check out her story around building her business here. I have been to a lot of talks from startups over the last two years and this is one of the best presentations I have seen. not only did it showcase the product well (awesome slide designs and graphics) but it had the right mix of honesty teamed with inspiration.

Perkins comes across as a grounded leader, and has gathered a world class team around her, I spoke to many of them on the same night she gave that presentation and each one of them oozed passion for the company and raved about Perkins as leader and visionary of this company.

Canva is definitely a product I am looking forward to playing with.