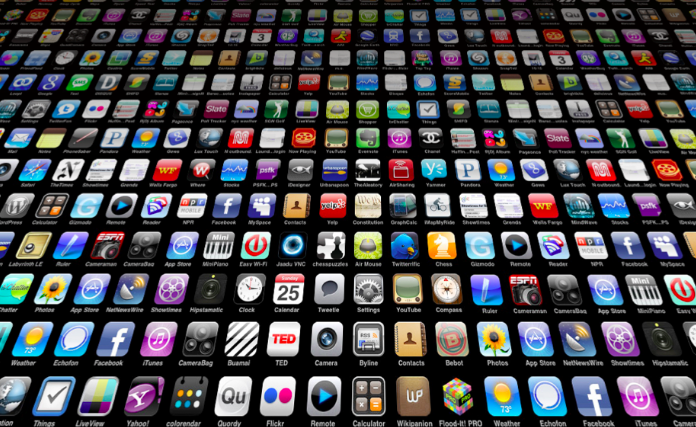 Back in 1988, Flava Flav – the clock-necklace adorned, self-proclaimed ‘hype man’ for legendary hip-hop group Public Enemy – told us not to believe the hype. He was having a go at the media and critics in light of the group’s negative press. He could have just as easily been referring to the mobile apps of a quarter century later.

Dave McClure of 500 Startups seems to agree, lamenting that “people spend too much time working on stupid fucking apps that don’t make any fucking money” at his recent talk in Sydney.

According to Appsfire’s A Year in the App Store review, 339,164 apps were released in 2012. Now, compare that to the number of apps in your phone. Hmmm… that seems like a lot of stupid fucking apps that don’t make any money. Making matters worse, the study found that only 34% of these apps were paid apps.

The problem with these apps is a lack of staying power. Media need something to write about and often get stuck writing about some ‘next big thing’ app that essentially is nothing more than some basic business model innovation that doesn’t drastically improve or even remotely improve your life.

Such apps have no real value proposition. Any successful startup has a value proposition. Does the business serve to satisfy a need that nobody else does? Does it create gain or eliminate pain for its customers? Does it solve problems? App designers should subscribe to the same common business principles before wasting time and money on development. Deloitte’s recent Silicon Beach report also concluded that only 4% of Aussie start-ups scale and with too many trigger happy app designers out there it’s not hard to see why.

Recently, Erli Bird promoted Fitsby, an app that allegedly “motivates you to go to the gym”. Granted, the app has not been released yet and is subject to iteration, but it is essentially an app which subscribes to gamification theory and pits gym-goers against each other in a quest to ‘check in’ at the gym and stay there for at least 30 minutes. Winners will supposedly win cash prizes or mere bragging rights.

Well, let’s think about this. If you’re an avid fitness enthusiast chances are you won’t need this app nor will you like it. If you are one of those people that really needs motivation to go to the gym (cause, you know, health, fitness, confidence, mental and sexual performance aren’t enough motivation), then perhaps you will give it a go. Suppose you do give it a go and you become the local resident gym junkie – awesome! Would you still use the app? Chances are your new habit will take care of itself. And if it doesn’t keep you motivated? Either way, long-term user retention is a fat chance from day one. Not to mention a quick search for “fit” in the iOS App Store generates 961 results.

Does checking-in at the gym mean you are actually working out? You could be tuning into an afternoon episode of Young And The Restless while walking at a 5km per hour pace on the treadmill for 30 mins, burning a total of 200 calories. A large skinny latte afterwards and you’re back where you started. Maybe integrating the app with a calories burned monitor would make more sense. But wait, there’s tonnes of apps that allow you to record and upload your calories burned – Garmin Fit, Nike+ and MapMyRun to name but three. Oh, and how many times do you get those annoying Facebook status updates of friends checking in at the gym, complete with gloat? Nothing new here people.

And therein lies the challenge – credit to people for having a crack and trying to take control of their own destiny but so much has already been done. If your app doesn’t genuinely serve a game changing purpose for a particular market, it’s unlikely to make you any real money.

We need apps that will make a real difference in our lives. Having not used a smartphone until 2010 (I don’t consider the Nokia E71 smart!), it totally changed my life. However, it wasn’t some flash in the pan app that did it, it was note-taking, calendar, e-mail, maps, news, reference and learning apps, social networking apps, banking apps, high quality photos and synchronisation …not check-in contests.

Life’s short, do your homework before you waste years of your life on some app or start-up idea that doesn’t solve any problems or has a scalable, long-term market.