Do Something. The first step in your startup is always the hardest. 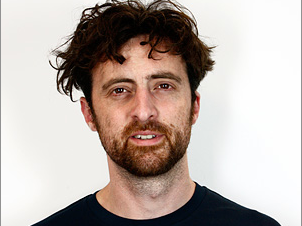 “At least DO SOMETHING! DO! Don’t think, don’t hope, do! At least you can come off and say ‘I did this, I shepherded, I played on. At least I did something.’” – John Kennedy, Sr, to the Hawthorn players at half-time in the 1975 AFL Grand Final.

Kanga Kennedy’s famous advice is just as valid for entrepreneurs as it is for footballers. I’ve learnt this the hard way over the past three years.

I was trained as a computer scientist and then I spent a few years writing highly complex numerical software for airlines. I love spreadsheets, stats, data analysis –  I’m halfway through studying an MBA. All of this reinforces my natural tendency to be a logical, methodical sort of guy.

That’s great in all those situations where you’ve got heaps of accurate information and the time to think about it, like when you’re doing a Sudoku. It’s not so good when you’re playing competitive sport. Apart from being an uncoordinated, short and skinny kid, one reason I was bad at footy is because of the constant pressure from the other team forcing you to do something right then and there. The worst thing you can do in that situation is to hang onto the ball and think about it, or try to wait until the perfect option presents itself. You’ll get smashed.

Business is the same. There’s always a competitor putting you under pressure, and you’ve never got all the information. If you have trouble making decisions in those situations then you just won’t survive as an entrepreneur. Instead, you need to DO SOMETHING, to quote John Kennedy.

Especially at the start. The hardest part of any endeavor is kicking it off. Yes, you don’t know if your brand is perfect. No, you can’t easily tell if you’re aiming even vaguely in the right direction. Of course, there’s a lot of information about your potential customers that you don’t have yet. All of these things were true of every business at one point.

But the best way to guarantee failure is to never do anything at all. Once you get started with something, you can iterate and pivot. Sorry, I know these are overused startup words, but that’s because the concepts are really important, and they only become options once you have something in progress. The buzzwords are simply describing a process of listening to your users and changing your product so that you can help them more.

We’ve gradually learnt to do this at Flippa, to launch the MVP (more startup buzzwords—Minimum Viable Product) and with the luxury of people using the product, we can get a million times more information than we could have beforehand. No, my methodical, conservative nature doesn’t like this course of action, because I’d much rather build the perfect product behind closed doors and then launch it. But we don’t know what the perfect product is! This way is MUCH more effective.

The other reason people give for not starting now is “stealth mode”. This is a bullshit concept where you don’t tell anyone your idea because you think they might steal it. But the idea is worth nothing—it will change completely once you get feedback from customers. Tell as many people about your idea as possible because that will start your feedback process, and at the same time, be working hard and fast to get something out there. Quick and competent execution beats a brilliant idea without even breaking a sweat.

In my next blog post, I’ll talk about all the resources out there you can use to leapfrog forward on your plans, but until then, there’s just one thing I want you to remember from this post: get started today. Do it. This evening, register that domain name. The worst you can say is you tried and failed, but at least you won’t regret not trying.

PS. Despite Kennedy’s words, Hawthorn still lost the game by nine goals, but that’s not really the point.