App Developers. The Honeymoon is over. 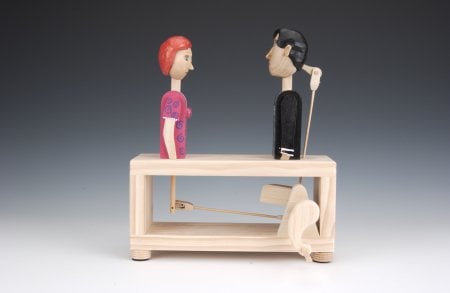 The goldrush for apps developers is over, and this is probably a good thing, says AppVillage’s Steve Fanale.

We’re still very much in the middle of the mobile revolution. Every day there are a staggering 1.5 million mobile devices activated, and the number of apps available to users on all platforms continues to grow. But for app developers hoping to cash in on mobile uptake, things are harder than they’ve ever been.

When the iPhone first appeared it ushered in the era of apps. The small programs that run inside the user’s mobile OS fuelled smartphone uptake, and there were plenty of bedroom developers who, on their own or with little help, took their app from concept to market in a few weeks, with some of these becoming overnight millionaires. While there might still be an occasional instance of that kind of success, the market has changed, and frankly, for the better.

Apps have become part of the fabric of people’s lives. Users are no longer excited by the sheer novelty of having their phone make fart noises – while they might’ve been willing to pay 99 cents for this kind of momentary giggle in the heady days of 2008 and 2009, today, the standards are higher and wallets are tighter.

No-one is going to shell out a dollar, or even a single cent, for something that makes their phone tell jokes or glow bright green any more. Think of how popular Angry Birds is as a smartphone game – game development is still potent and one off silly apps are miles apart from well-designed games like these.

Expectations have risen – even for products that are distributed for free – with the business cycle for app development evolving beyond its embryonic stage to a point where it’s similar to the publishing and entertainment industries.  Like publishers, app developers rely on a connection to and engagement with a group of users who’ll respond to their product and the need it fills. Writers and publishers have to negotiate problems like “How do I get my book read?”, “Which newspapers will write about it?” and “How do I make my target audience become aware of my product?”.

The problems are much the same in app development. App recommendation blogs have become heavily trafficked and relied-upon sources of information for consumers searching for an application that’ll respond to their needs. People are starting to treat the various app stores more like search engines than online retailers – a development that Apple in particular are yet to respond to.

The better the app is, the more likely these problems are to solve themselves.

So with mobile uptake continuing to grow, expanding the potential market for your apps, how do you make them succeed now that all the quick bucks have been made?

The best apps are those that solve a problem, or make life simpler, whether for a few people or many. With millions of apps already out there, people adopting smartphones for the first time have a plethora of choices available. These days, it’s the quality of the problem as much as the quality of the solution that counts.

At AppVillage, we incubate app ideas, bringing the best ones to market, and help earn royalties for the person whose concept we’re working on. Great app ideas come from anywhere, and the average Joe knows best what an app could do for them. Apps targeting cyclists are best made by cyclists. Likewise, in parts of the world where the adoption of smartphones is on the rise over the next eighteen months, there will be problems unique to life in Mumbai, Rio or  Tehran that are then added to the million app categories someone’s already covered.

The monetisation of future apps will very much depend on the effectiveness with which they solve the problem, and the level of engagement they produce from users. There’ll need to be free version, then an incentive to make the spend. An example of this is Paper, where the high engagement factor of the user interface prompts the purchase of extra brushes.

Depending on the size, demographics and specificity of an app’s audience, developers will be just as likely to make their money from 100,000 people using a $20 app than millions paying 99c.

We’ll also see expansion in data-focused apps that work without too much active user input, but provide users with information about themselves – they might be able to view how many steps they’ve taken in a day, at what speed, and have it mapped. This could also tie in with greater learning capabilities in future smartphone operating systems, as well as the approaching Internet of Things to deliver customised augmented reality experiences to users.

We’re not going to stop making apps any time soon, the same as we didn’t stop making webpages when it seemed like there were too many out there. But the pioneer days are over, and the future’s going to be about developers with deeper networks collaborating to bring more innovative and targeted apps to market.

What will the successful Apps of 2013 and beyond do?

– Respond to a need

– Be native to their user group

What WON’T they do?

With some 15 years experience working in Australia’s interactive and digital media industry, Steve Fanale made his way up the corporate ladder at Young & Rubicam and APL Digital before taking the plunge and starting his own interactive agency, MassMedia Studios, in 2000. After opening offices in London and New York in 2006, growing the team to over fifty employees who worked with global brands like Audi, Cadbury, Unilever, Diageo, Vue Entertainment and Yahoo!7, Steve’s team sold MassMedia to the publicly listed BlueFreeway group. In 2010, Steve started FeverPitch Entertainment, and as 2012 rolled in he began decided to step back into the digital product innovation world and started AppVillage.