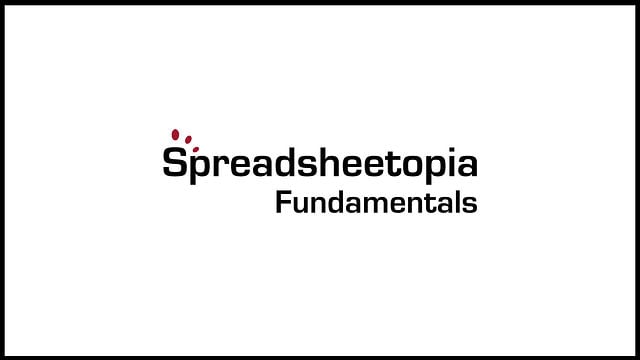 Listen up spreadsheet nerds! This startup is made for you. Spreadsheetopia has officially launched and instead of tackling the music industry or creating ANOTHER social network, it has chosen to do something simple [as in the idea, the code is probably all kinds of complicated] and target a product that actually touches most people working in a professional environment : Excel.

“I’d been working for years with poorly formatted spreadsheets sent to me by friends and peers who didn’t know, or couldn’t work out, how to format,” Spreadsheetopia co-founder Jason Bagg said.

“And let’s face it, if you’re not dealing with Excel everyday, and even if you are, it can be daunting – even people who do deal with it daily sometimes struggle,” he said.

“So the challenge was to make a quick and easy formatting app that anyone can use to make ‘spreadsheeting’ a painless process, and make the finished spreadsheet look professional as well.”

The process of building the app was collaborative from the start, with programming and design crowd sourced and completed within a two-week timeframe. The initial customer feedback has been overwhelming positive.

Spreadsheetopia will be launched directly to KeyRocket’s customer base in the coming weeks, further expanding the app’s reach.

“When I stumbled across Spreadsheetopia I knew it was exactly what our users need to save time in Excel! After meeting in Berlin and seeing how much Spreadsheetopia and KeyRocket think alike, it was clear that we’d work together,” Jan Mechtell, KeyRocket co-founder, said.

Love seeing some Melbourne based startups kicking some INTERNATIONAL Goals.

Previous article Tools of the Trade: Norton One Whitepaper
Next article Well that was Awkward …
Via Profiles
Tags businessBusiness Profilecollaborationpartnershipspreadsheetopiastartup