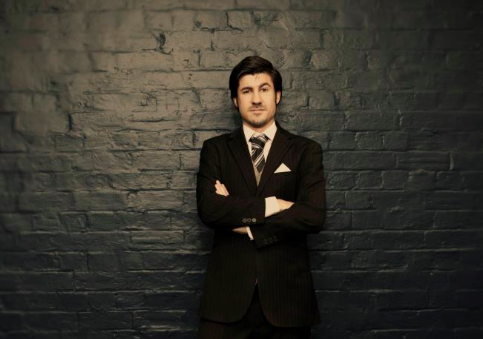 Have you ever wondered what your grandparents were like as children?  Do your parents have amazing stories about their own adolescence?  If you’re interested in recording your family history in an easy and interactive way, you should try Vimily. Vimily helps you and your family build, capture and share your life stories with unique family tree software. We chat to Matt Barnett, the co-founder of Vimily on startups, crossbows and making people cry.

Pitch Vimily to me in sixty seconds
Vimily is a structured creative video platform, it allows anyone to video the life stories of their family members. And then to preserve and share these with the whole family for generations to come.

How did it start and what was the inspiration behind it?
My business partner Katrin and myself had both moved over to Australia, leaving ours back in Europe and my father had a mild heart attack at the time so I was concerned about getting his amazing life story down on film. We looked at how to do it and the only way to do it was either to have all of the knowledge already to interview and I had no idea where to start, or we could hire someone to do it for us.- you could get a great result, but that person costs four to eight thousand dollars.

So we just thought, there’s such a wonderful and meaningful result here in getting that footage, there must be an easier way to do it.   So we looked at how we can do this and thought ‘we’ll get a family to interview, as long as we can give them the support- they can do it themselves.’

… and that’s how we came up with Vimily.

Tell me about your target market.
We have a couple – the first is younger people between twenty and thirty looking for gifts for their grandparents. Most grandparents already have everything physical they could need, and Vimily is an experiential, unique gift to show you really care about that person and their story.  The whole family focuses on that person and spends time with them, and they get to leave a meaningful legacy for future generations.

Secondly this is for thirty to fifty year old parents,  whose own parents are aging, and is relevant at any time of year. As their parents start to age with illnesses and they have young children themselves, there’s a real need to capture that story and pass it onto their own children or grandchildren in the years to come, so it’s very much discovering the family heritage and preserving it.

What are some of the reactions from your current users?
It’s very emotive. When you finally start record family stories, you discover a lot of things. I mean I’ve had a number of people cry in front of us, so you have to kind of tread very lightly, but it’s mainly crying because of happiness and enjoyment. When we find our users, they 100% jump into it and because we have all the additional value behind the interview, you can add any film or images you want- when the users discover that, they become slightly obsessive so it’s pretty full on.

Tell me about some of the hurdles you’ve had to face
So I would say just general development, a few tech issues with iOS, apps and doing revisions. The usual ones of going out and raising funds while trying to run a business is quite a… draining process so I’ve been out to the UK a few months ago and went back out to Silicon Valley last month where we had some traction. We raised some money but we still want to raise more so that’s the kind of thing, you spend a lot of time raising money when all you want to do is reach out to the users of your business, help them and get on with things. That’s the most important thing.

Tell me about how you put your team together
I met Katrin first of all, and once we got going we went after people rather than technology.  There are a number of ways you can build the tech behind the scenes in a number of different languages and we ended up with php because we found a great php guy. We took him on board and from there, we mainly found people through referrals and our own networks reaching out and utilising them as much as possible.

You’re with Blue Chilli, tell me about working with them and why you chose them.
So we’re a little bit of a different one – we’re not with BlueChilli directly, so much as with Seb (Sebastien Eckersley- Maslin) himself as one of our advisors. Katrin used to be lead UI developer at Blue Chilli and when we started Vimily  Seb came on board as our technical advisor.

Tell me about your family!
I’ll talk about my father, as he helped spark this, as he is quite an interesting guy with a non typical rags to riches story. He left school at the age of 15, born into poverty. He went out and made a crossbow to go poaching with.  He made it to feed his young kids at the time, when he was 18 years old.  Anyway he took that and showed his friends and one thing turned to another and he turned that single bow into the world’s largest archery business which my brother now runs. He taught Sean Connery and Roger Moore to shoot and God knows who else. That story is pretty amazing to me, it’s pretty funny as well where he went. So that’s what got me excited originally, but now exploring the rest of the family history, I’ve become one of those obsessive people –  now I’m looking through the Italian side of the family and how they used to run vineyards and you start to discover so much more that you had no idea about.

Tell me about expanding to America.
We had a states focus from day one so rather than saying we’re expanding, we’re launching with Australia and America together. The reason is that we don’t have any barriers to going global. The technology we have is accessible to everyone, we’ve specifically done that because we want there to be minimal barriers to adoption and ease of use.

Ultimately America has a lot more people than Australia – however we’re not targeting New York or Silicon Valley or any of those areas, our demographics are out in Michigan, Wisconsin- where there are loads of family people. So we’re going a little bit under the radar if you like, mummy bloggers, going out to communities and schools. We are focused on  thanksgiving as our test launch, which is not big in Australia, but in the States is very very family focused so it’s a great time to do this because the whole family is together and then Christmas after that.

Where do you hope to take Vimily in a year.
We’re looking to be the prime provider in creative video content, to move towards being the media centre for all family. A year obviously, is not that long a time, so what we’re looking to build is the most trusted brand in the market. A lot of the brands out there are good, but they’re still very much business focused. I believe that’s why no-one succeeds in the family arena, because no-one has managed to build a strong, transparent brand.  You have to do this by just giving all control to your users and doing what they ask. No-one really seems to be able to hand over that control – so we intend to be the first brand to do that.

Any advice for other startups?
Tenacity, first of all. Don’t ever give up. Most entrepreneurs I know have a down day, but the next day you’ll be fine and you’ve gotta keep going. Otherwise I would say ‘listen to your users’. Treat them as everything and don’t ever take them for granted. Give them everything they deserve.